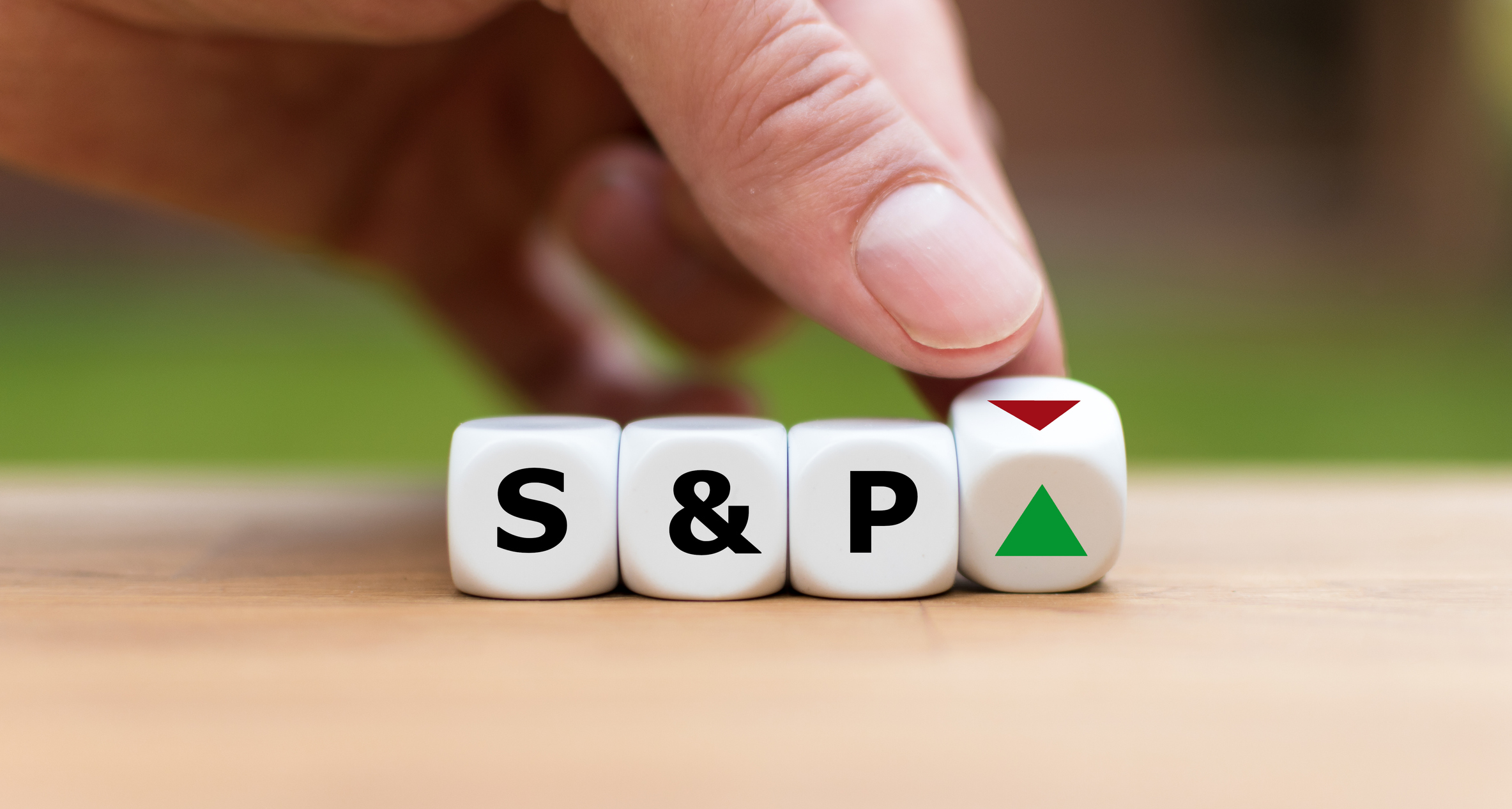 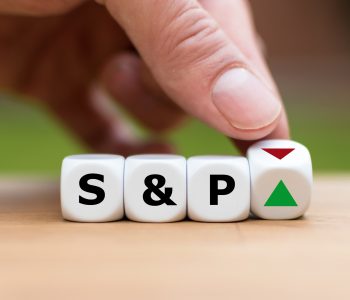 The S&P 500 index is one of the most watched benchmark indices for the U.S. stock market. It consists of 500 of the largest U.S. stocks and is weighted by these companies’ market capitalizations.

As you’d expect, it’s not easy to become a constituent of this benchmark index. For a company to make it to the list, it must be based in the U.S., have a market capitalization of at least $5.3 billion, and have four consecutive quarters of positive reported earnings, among satisfying other requirements.

In other words, not every company has the ability to join the index. And being an S&P 500 component is often considered a solid achievement. Looking around, we see that most of the S&P 500 companies are running well-established businesses, and some have even become household names to consumers.

Now, as a risk-averse income investor, I’m always on the lookout for businesses that are established enough to pay recurring dividends. So the S&P 500 provides a natural starting point. Indeed, most S&P 500 components do have a dividend policy in place.

The thing is, though, because these companies are so well known, a lot of investors have loaded up on their shares. The buying activity has translated to strong upward momentum in S&P 500 companies’ stock prices, and due to the inverse relationship between stock price and dividend yield, there has been downward pressure on these businesses’ yields.

And that, my dear reader, is why Macerich Co (NYSE:MAC) deserves your attention.

Macerich is a real estate investment trust (REIT) headquartered in Santa Monica, California. The company is not as well known as some of the other S&P 500 components, but it is nonetheless a member of the benchmark index. Macerich Co was added to the S&P 500 in May 2013 and has remained there since then.

What makes MAC stock special is that, despite being in the S&P 500, it offers a dividend yield that’s substantially higher than the other components. With a quarterly dividend rate of $0.75 per share and a share price of $33.75, Macerich stock has an annual yield of 8.9%.

In other words, investors who purchase MAC stock today could earn a dividend yield that’s more than four times that of the benchmark’s average. As a matter of fact, Macerich Co is the highest-yielding S&P 500 company at the time of this writing.

One of the reasons why this real estate company can offer such an enormous payout is the downturn in its share price. Again, it’s another example of how dividend yield moves in the opposite direction to stock price. Over the past year, MAC stock has tumbled over 40%.

Now, you are probably wondering whether this is just another beaten-down stock with a massive yield. We’ve profiled plenty of those types here on Income Investors, and very often, we find that the reason behind the downturn is that the company couldn’t afford the dividend. And that’s not a situation that risk-averse income investors would want to be involved with.

So right now, let’s check whether this REIT has a business that can support its generous dividend policy.

Is the Dividend Safe at Macerich Co?

As is the case with most REITs, one of the key performance metrics at Macerich Co is funds from operations (FFO). In order for its dividend to be considered safe in a given reporting period, the company needs to generate FFO that’s in excess of its dividend obligation.

Looking at the financials, we see that, excluding special items, Macerich Co generated FFO of $3.85 per share in 2018. Its dividend payments, on the other hand, totaled $2.97 for the year. That means the company had an FFO payout ratio of 77.1%. (Source: “Macerich Announces Quarterly Results,” Macerich Co, February 7, 2019.)

Fast-forward to this year, the REIT generated FFO (excluding one-time items) of $0.81 per share in the first quarter. So again, the amount was in excess of its quarterly dividend rate of $0.75 per share. (Source: “Macerich Announces Quarterly Results,” Macerich Co, May 2, 2019.)

In the company’s latest earnings report, management has reaffirmed their guidance. For full-year 2019, they expect Macerich Co to earn adjusted FFO of $3.65 to $3.73 per share; that’s $3.69 per share at the midpoint. If the company maintains its current dividend rate and pay $3.00 per share in 2019, reaching the midpoint of the guidance range would allow it to achieve a payout ratio of 81.3%.

When it comes to REITs, I generally prefer companies that pay out less than 90% of their FFO due to the margin of safety. In the case of Macerich Co, both last year’s payout ratio and this year’s expected payout ratio suggest that the dividend remains safe for now.

Of course, like most ultra-high yielders, MAC stock is not perfect. One of the reasons why investors haven’t been that enthusiastic toward the company is its exposure to the retail industry.

You see, Macerich Co is a REIT that focuses on the acquisition, leasing, management, development, and redevelopment of regional malls. And given the ongoing headwinds toward the retail industry, investors have been wondering whether the REIT’s business will be impacted.

And that is a valid concern. With more and more consumers spending more and more money at online vendors such as Amazon.com, Inc. (NASDAQ:AMZN), brick-and-mortar retailers are not in the best of shape. Sales declines were not uncommon, and some physical retailers have shut down operations altogether.

So, how is business going at this retail REIT?

Well, looking at its portfolio, we see that Macerich owned 51 million square feet of real estate as of March 31. The space consisted primarily of interests in 47 regional shopping centers. At the end of the first quarter, the portfolio had an occupancy rate of 94.7%, a rather commendable figure given the retail headwinds. (Source: “Overview,” Macerich Co, March 31, 2019.)

Also, Macerich focuses on leasing its properties through long-term contracts (around six years on average). This way, the company can generate a predictable stream of cash flow, which could in turn be used to pay its dividends. A strong occupancy rate, combined with long-term leases, should provide some reassurance for income investors.

As for dealing with the downturn in the retail industry, here are some statistics: over the past 10 years, the average base rent for Macerich’s portfolio went from $40.67 per square foot to $60.74 per square foot. That translated to a compound annual growth rate (CAGR) of 4.4%.

In other words, despite that media often uses the words “retail apocalypse’ to describe the dire situation in the industry, this retail REIT actually managed to earn a higher rental income from each square foot of its retail properties than before. And if you take a look at the chart below, you’ll see that the company’s average base rent per square foot has increased in every single year of the last decade. 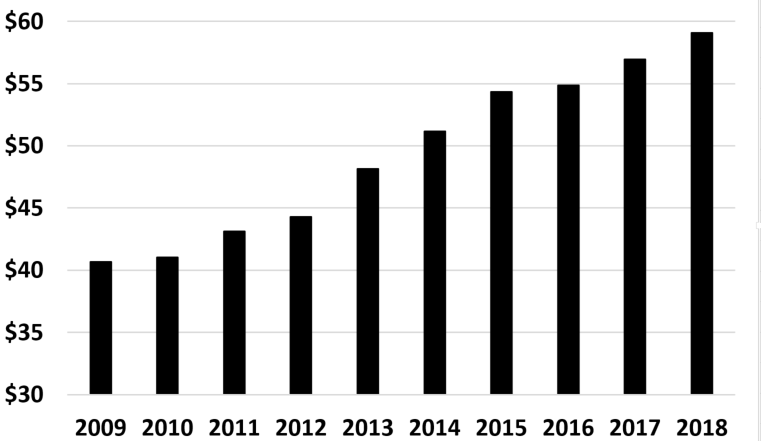 One of the reasons why the company managed to achieve this kind of rent growth is how well the tenants have been doing. That’s right; Macerich’s tenants, most of which come from the retail industry, have actually generated some solid operating numbers. In the past 10 years, their sales per square foot on Macerich’s real estate increased from $407.00 to $746.00, representing a CAGR of 6.5%.

By earning higher rental income, Macerich has the ability to reward shareholders with higher dividend payments. The company reduced its payout in the last recession, but since the second quarter of 2010, it has raised its quarterly dividend rate from $0.50 per share all the way to the current $0.75 per share, marking an increase of 50%. Macerich even made two special dividend payments along the way (a $2.00 special dividend was paid in December 2015, and another $2.00 special dividend was paid in January 2016.). (Source: “Dividends,” Macerich Co, last accessed July 8, 2019.)

It’s quite obvious that Macerich Co has a management that is willing to return cash to shareholders.

And while MAC stock hasn’t been a hot commodity lately, the situation at the company’s retail properties might not be as bad as its stock price performance suggests. In the first quarter of 2019, Macerich’s properties delivered sales of $746.00 per square foot, representing another improvement from last year’s $726.00 per square foot. Notably, this number is substantially better than its peer group of U.S. mall REITs’ average sales per square foot of $571.00. (Source: Macerich Co, March 31, 2019, op. cit.)

Of course, not every retail tenant is running a booming business. For instance, the company had properties leased to Sears Holdings Corp. After Sears closed down its stores, Macerich has started to redevelop the real estate that Sears occupied.

Redeveloping former Sears stores could cost quite a bit of money. But when asked in the last earnings conference call about whether the company would “consider the dividend as a source of capital to help put more money and to help fund the Sears redevelopments,” Macerich’s Chief Executive Officer Tom O’Hern gave a very clear response: “At this time, we’re not considering any change to the dividend.” (Source: “Macerich Co. (MAC) CEO Tom O’Hern on Q1 2019 Results – Earnings Call Transcript,” Seeking Alpha, May 4, 2019.)

The Bottom Line on Macerich Stock

Add it all up and you’ll see that this real estate stock could keep dishing out oversized dividends. And with its status as the highest-paying company in the S&P 500, Macerich Co certainly deserves the attention of yield-seeking investors.