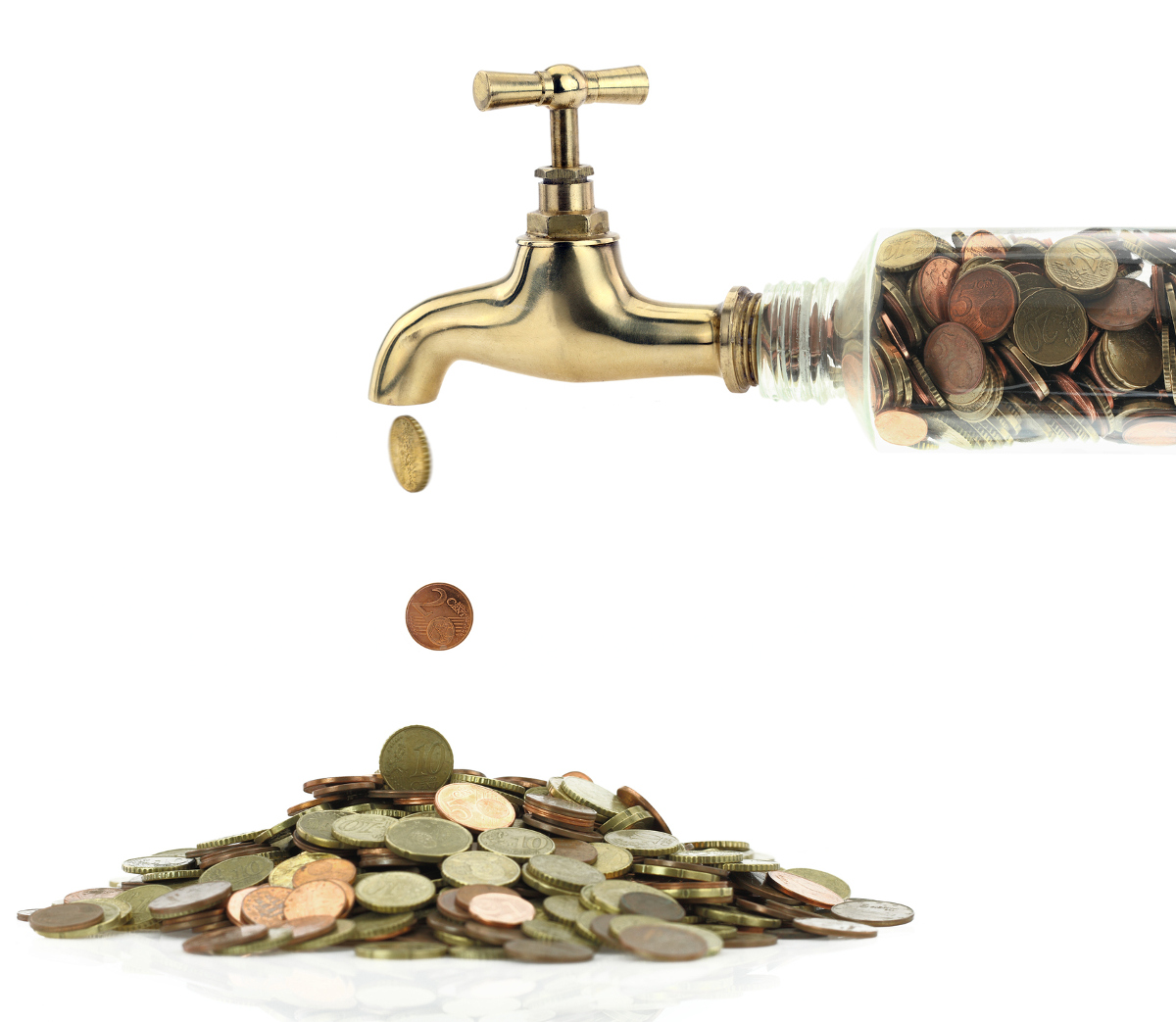 One “Forever Asset” to Own for the Next 100 Years 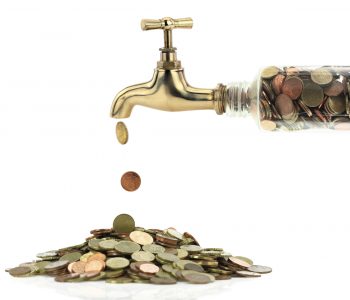 One Stock to Buy and Hold?

Forever Assets constitute an elite group of businesses that have stood the test of time. Many of them have paid out dividends for generations.

While hot tech firms have to come up with a new gadget every other quarter, Forever Assets don’t run on this innovation treadmill. These firms simply produce the same high-quality products year after year. And thanks to this entrenched market position, owners often earn outsized returns and steady dividend checks.

Of course, you don’t get a chance to own these businesses very often. Savvy investors usually take them private. If they do trade publicly, shares often sell for a steep premium. But in rare cases, you can still find these wonderful businesses trading on the stock exchange for a reasonable price.

Long-time shareholders have earned double-digit annual returns, in addition to a steady stream of growing dividends. And while shares have always traded for a steep premium, the recent sell-off presents a rare opportunity.

American Water Works can trace its roots back to the end of the civil war. Spurred by the industrial revolution, a small group of entrepreneurs saw the need to distribute clean, abundant water supplies to local communities. In the years that followed, the company grew by purchasing the local water utilities of cities and towns across the nation. (Source: “Company History,” American Water Works Company Inc, last accessed April 26, 2018.)

Customers turn on their taps. The company mails out bills each month. Customers pay those bills. The business has worked like clockwork for over 132 years.

Investors have long prized this operation for a number of reasons.

Water represents a recession-proof business, to begin with. Even during a downturn, people still need to take showers, wash their clothes, and flush the toilet. As a result, households usually skip this bill last when times get tough.

Utilities also represent natural monopolies. Companies usually operate under franchise agreements that designate them as the sole water supplier for a given area. But even if these deals didn’t exist, it doesn’t make sense to have three or four sets of competing pipes running across a city.

Moreover, replicating this business would be almost impossible. Installing a second set of pipes would require tearing up streets, lawns, and farmland. Even in a small city, the cost to pull this off would top hundreds of billions of dollars. Never mind the disruption for local residents.

This gives American Water Works total control over the markets it serves, practically guaranteeing a steady stream of profits.

Warren Buffett sometimes compares owning a profitable business to defending a castle. In capitalism, everyone wants to conquer your fortress. You need some kind of moat to defend your operation from the competition. In the case of American Water Works, it has a moat more than a mile wide filled with angry mutant sharks. Management has thrown in some anti-ship mines and a 50-foot wall for good measure. In other words, it’s a business built to stand the test of time.

The only downside? Regulation. To ensure that companies don’t gouge customers, local utility boards set the rates that companies can charge. Both groups naturally sit on opposite sides of the negotiating table: regulators want to ensure the lowest price for consumers and management wants to maximize profits.

This situation, though, isn’t as bad as it might initially appear. Smart regulators understand the need for shareholders (who front the capital to pay for this infrastructure) to earn a reasonable return on their investment. If boards set rates too low, utilities won’t pay for needed upgrades, maintenance, and other improvements over time.

The end result? Water utilities usually earn a small but consistent premium over their cost of capital. In the case of American Water Works, the return on equity has averaged about 10% annually over the past decade.

In other words, it’s not the kind of operation you’ll see mentioned often on CNBC. But for those willing to trade excitement for profits, you have a profitable investment formula here.

American Water Works went public in April 2008, after getting spun off from German utility RWE AG (OTCMKTS:RWEOY, ETR:RWE). Over that period, earnings per share (EPS) have grown at a low double-digit pace. Shares have delivered a total return—including dividends—of over 400%.

That’s the power of owning a Forever Asset.

Utilities have a reputation as “widow-and-orphan” stocks, and for good reason. Executives can usually circle the dates on the calendar when they’ll get paid for decades to come. That typically results in steady stock prices and an annuity-like stream of dividend checks.

American Water Works is no exception. Since going public, the company has mailed out a distribution to shareholders every single quarter. Even through the height of the financial crisis, investors could count on their dividend payments rolling in every few months.

The utility’s lumpy dividend history might confuse some readers, as you can see in the chart below. It looks as if American Water Works cut its distribution in 2013. This occurred because management made an extra payment to shareholders in 2012, in an effort to avoid paying higher dividend taxes the following year. But aside from this anomaly, you’re looking at a clean track record. 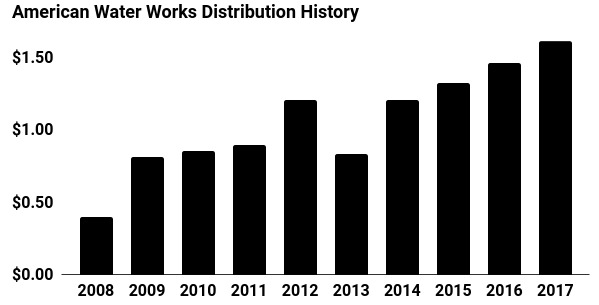 Today, American Water Works stands in fine financial health. Management has maintained plenty of liquidity and a light debt load. Last year, executives paid out $0.53 in dividends for every dollar of adjusted earnings generated by the business. This leaves the company with plenty of financial wiggle room to stomach a bad year or two.

That dividend should continue to grow, too. Over the next few years, management has three avenues to improve the bottom line.

First, acquisitions. As cities and states find it too costly to manage their own water systems, American Water can swoop in to buy great assets on the cheap. Water utilities also remain a highly fragmented industry, with thousands of suppliers across the country. Like a big fish eating all the smaller minnows in the pond, this company will likely gobble down its smaller rivals.

Second, raising prices on customers. America’s neglected water infrastructure will require large investments to repair over it in the coming years. This should give management plenty of justification to increase its rate base and earnings in the coming decades.

Third, cutting costs. In 2010, the company spent $0.46 in operations and maintenance expenses on every dollar of adjusted revenue generated by the business. Last year, this figure dropped to $0.36. By trying to squeeze more efficiencies out of the business, management thinks they can drop this number to $0.32 by 2022.

All of which should translate into tidy profits for shareholders. At the time of this writing, shares paid out an upfront yield of 2.1%. Assuming a dividend growth rate in the low double digits, that translates into a total return of between 11% and 13%.

For prospective shareholders, that represents a rare bargain. Historically, American Water Works stock has always traded hands for quite a premium. Utility stocks have come under pressure in recent months as investors rotate out of stodgy dividend payers and into sexier tech names. This presents a rare opportunity to scoop up a great business at a cheap—or at least reasonable—price.

Of course, we can’t guarantee that shares will go up from here. But when you see so many industry insiders backing up the truck on shares, it should send a strong message.

If regulators decide to clamp down on industry profits, shareholders would have to brace for a slower pace of dividend hikes. That said, management has fostered constructive relationships with utility boards in the markets it operates in. And thanks to the company’s geographic diversity, issues in one region would only have a minor impact on total earnings.

I wouldn’t lose too much sleep over the other risks, however. Any time a business takes on a new investment, you run the risk of delays and cost overruns. CEO Susan Story, though, has developed a reputation for bringing in projects on time and on budget. A disciplined approach to spending shareholder capital doesn’t hurt, either.

Still, investors need to keep a close eye on interest rate decisions from year to year.

Bigger yields, though, likely won’t interrupt the income stream (our main concern). And by maintaining a light debt load and locking in low interest rates through long-term bond issues, management has prepared the business for higher interest rates quite well.

I don’t know what kind of gadgets people will have in 100 years. I’m pretty sure, though, Americans will still need clean drinking water piped into their homes. Here’s my approach for dealing with a Forever Asset like American Water Works: scoop up some shares, stick the certificate in a drawer, and cash the distributions for decades to come.