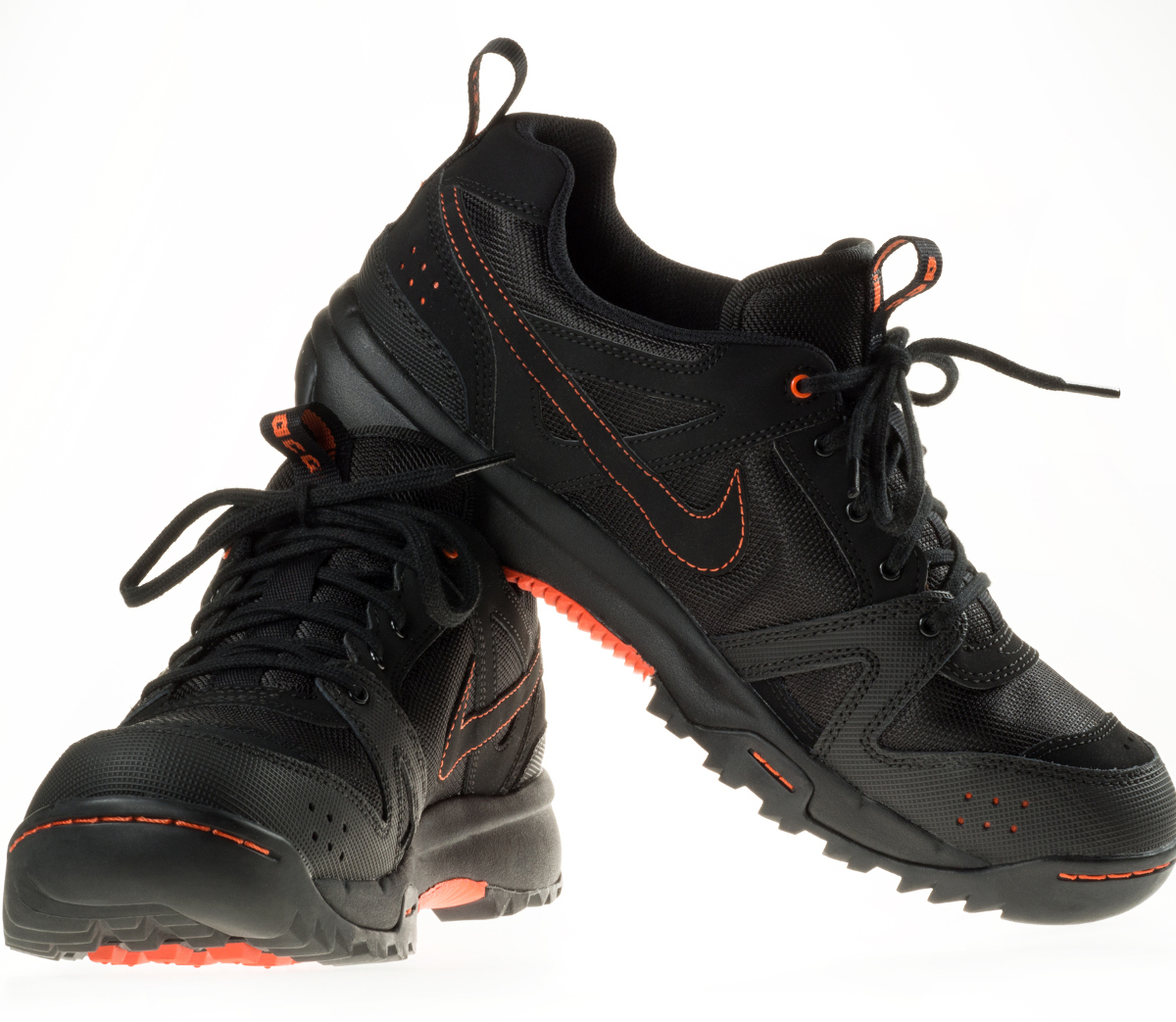 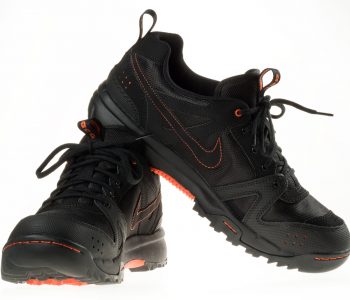 Nike Stock Is a Top Pick for Income Investors

The No. 1 reason to consider Nike stock is the company’s recurring business. As we all know, investors like consumer staples companies, such as Johnson & Johnson (NYSE:JNJ) and Procter & Gamble Co (NYSE:PG), because they make things that are considered essential, regardless of a consumer’s financial status or the macroeconomic environment. In other words, consumer staples companies are known for generating recurring business throughout economic cycles.

Nike, on the other hand, makes athletic apparel and footwear. These goods are not considered essential for every consumer. For instance, when the economy enters a downturn and people’s disposable income declines, you would think that some consumers may choose not to get the latest pair of sneakers.

This has been a concern for virtually every consumer discretionary company. And if a dividend-paying company cannot generate enough recurring business during a downturn, it would not be able to keep paying the same amount of dividend. As we have seen during the last financial crisis, quite a few consumer discretionary companies have slashed their dividends when things went south.

And that’s why Nike stock stands out. The company’s earnings remained relatively steady even during the Great Recession. As for Nike stock dividends, note that the company has raised its quarterly dividend rate ever year for the past 14 years. So not only was Nike able to pay a steady dividend, but it managed to increase its payout when virtually everything else was deep in the doldrums. (Source: “Nike Inc Dividend Date & History,” NASDAQ, last accessed July 6, 2017.)

Nike has pretty much all the ingredients needed to succeed in the sportswear business. It has unrivaled brand recognition in its industry, a strong distribution network, and an effective marketing strategy, and can afford to spend a lot on research and development to stay on top of its game. 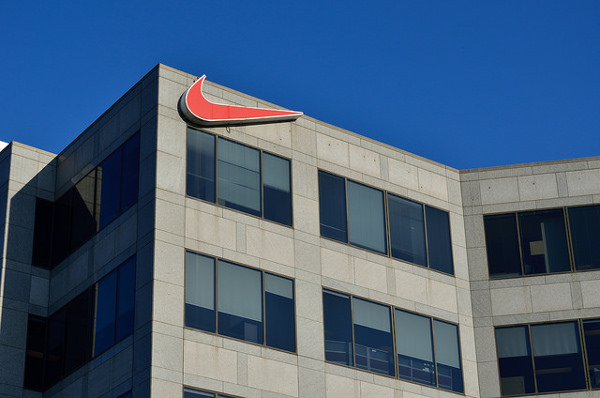 But of course, competition is getting intense. Should that be a concern for Nike stock investors? Well, let’s take a look at a few charts first.

The first chart shows Nike’s revenue performance for from the company’s fiscal year 2012 to 2016. As you can see, even with increased competition from companies such as Under Armour Inc (NYSE:UAA) and Lululemon Athletica inc. (NASDAQ:LULU), Nike was able to grow its sales at a compound annual growth rate (CAGR) of 10%. 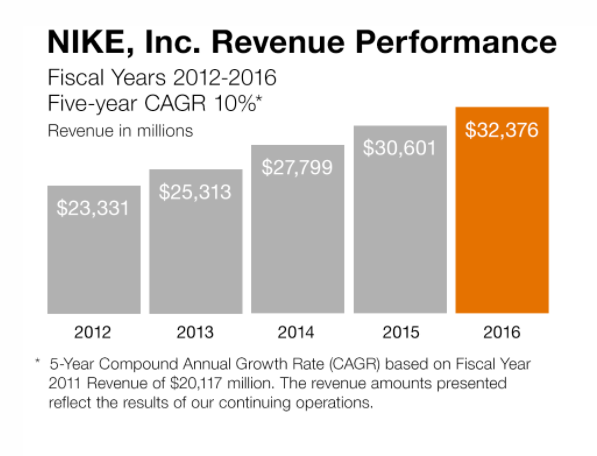 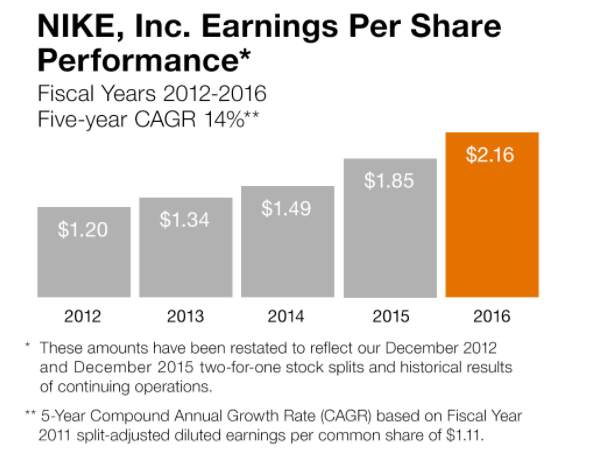 In an increasingly competitive environment, being able to grow both top and bottom lines at double-digit pace is a testament to Nike’s portfolio strength and operational efficiency.

Note that Nike’s fiscal year ends at the end of May, so the company has just completed its fiscal year 2017. While Nike stock hasn’t really been a hot commodity for the most part of the last 12 months, the company’s performance was nothing to sneeze at.

The Best Is Yet to Come?

Nike declared total dividends of $0.70 per share in its fiscal 2017. A simple calculation shows that with earnings of $2.51 per share, the company had a payout ratio of just 27.9%. This not only leaves a huge margin of safety, but gives plenty of room if Nike decides to further increase its dividends.

Don’t forget that the company is expanding its distribution network. Historically, sportswear makers like Nike relied heavily on other retailers to sell their products. But now, Nike is putting a special focus on online retail and its own direct-to-consumer business. For instance, the Nike brand had 985 direct-to-consumer stores in operation by the end of May 2017, up from 919 stores a year ago.

Nike doesn’t come from an industry known for producing dividend giants, but with its growing business and a low payout ratio, the best could be yet to come for dividend investors of Nike stock.