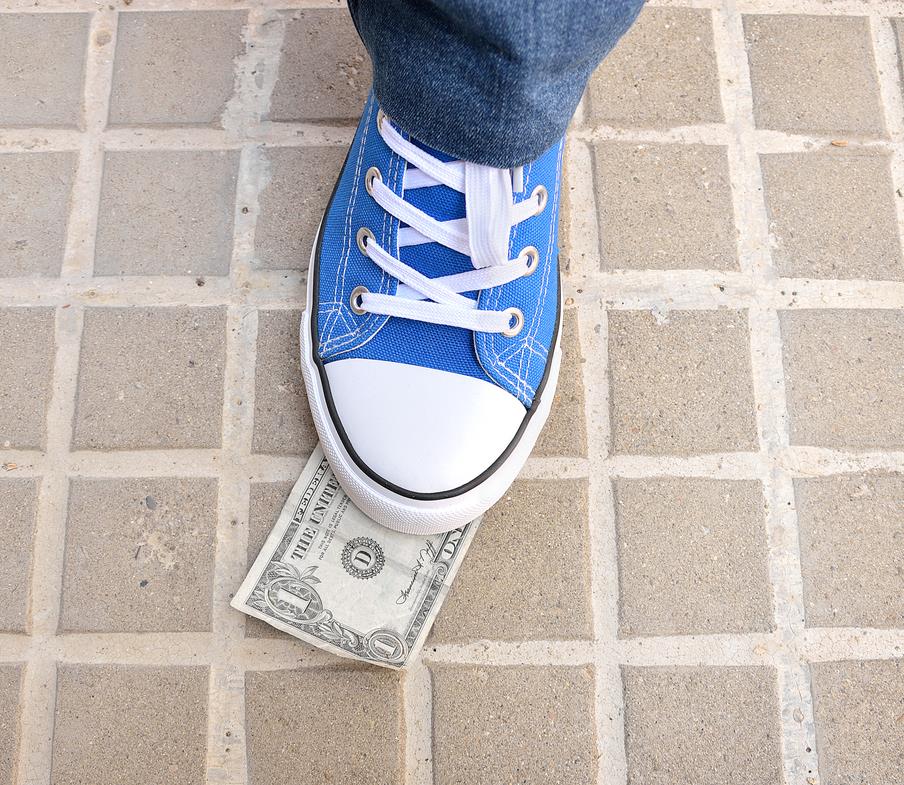 Nike Stock: A Top Dividend Growth Stock for 2017 and Beyond 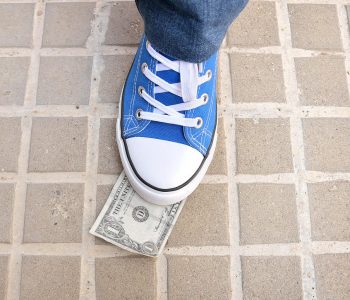 At first glance, Nike stock may not seem that attractive to income investors. Its dividend yield is not really high, and the sportswear business is not known to be as solid as, say, the consumer staples business. With plenty of companies offering much higher dividend yields, why should investors consider Nike stock?

Well, because even though the company does not operate in the most recession-proof industry, it managed to pay a growing stream of dividends to investors through thick and thin.

Nike has raised its quarterly dividend rate every year for the past 15 years. In other words, the company was increasing its payout even during the Great Recession, which many consider to be the biggest downturn since the Great Depression. This is quite an achievement for the consumer discretionary company, because athletic apparel and footwear are generally considered nonessential by consumers and their sales can be cyclical. 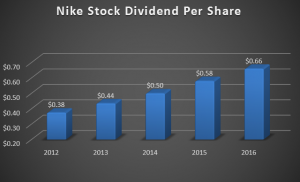 With consistent and sizable dividend increases, you may expect Nike stock to be a hot commodity. However, that’s not really the case. In fact, over the last 12 months, NKE stock tumbled more than nine percent. Note that this was a period where all three major indices of the U.S. stock market soared past their all-time highs.

The downturn in Nike stock could represent an opportunity for investors. This is because even though the market didn’t favor NKE stock, the company’s fundamentals remain solid.

In particular, the company has an unrivaled level of brand strengths in the sportswear business. With a value of $15.9 billion, Nike is by far the most valuable brand in sports. (Source: “Forbes Fab 40: The Most Valuable Brands in Sports,” Forbes, last accessed September 1, 2017.)

Having a strong brand name allows Nike to differentiate itself from the competitors. And by doing that, the company can sell products at a higher price, boosting its profitability.

Indeed, Nike has been the go-to choice for customers shopping for premium basketball shoes. During the company’s most recent earnings call, Nike brand president Trevor Edwards said that thanks to the recent success with “KYRIE 3” and “Paul George 1,” the brand had, “significant market share gains in the all-important $100 to $150 price point.” (Source: “FY 2017 Q4 Earnings Release Conference Call Transcript,” Nike Inc, June 29, 2017.)

Financials have been improving too. In Nike’s fiscal year 2017, revenue grew six percent year-over-year to $34.4 billion, and would have increased eight percent on a currency-neutral basis. Earnings came in at $2.51 per share, up 16% from the prior year. (Source: “Nike, Inc. Reports Fiscal 2017 Fourth Quarter And Full Year Results,” Nike Inc, June 29, 2017.)

Here’s the best part: despite all the dividend increases, Nike’s payout ratio was still quite low. In the company’s fiscal year 2017, Nike generated $2.51 of earnings per share while declaring $0.70 of dividends per share. That’s a payout ratio of just 27.9%, which leaves a huge margin of safety and potential for future dividend hikes.

This means for income investors of Nike stock, the best could be yet to come.