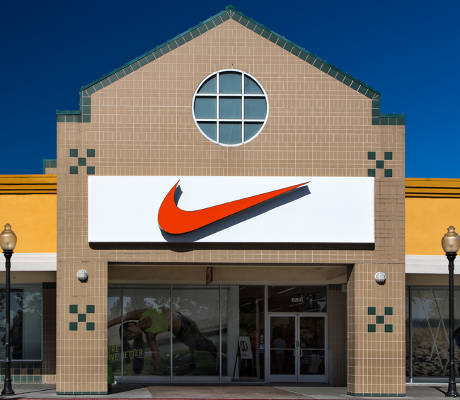 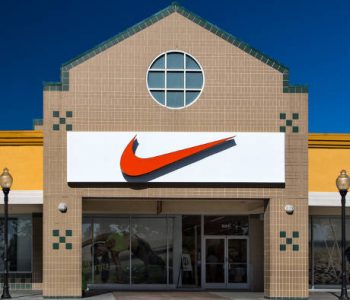 Investors often prefer challengers to incumbents, and that might be the reason why Nike, Inc. (NYSE:NKE) stock doesn’t get as much attention as Under Armour, Inc. (NYSE:UA) stock. However, if you are an income investor, it’s pretty clear that Nike stock is a better place to put your money.

Just take a look at the past 12 months and you’ll see what I mean. In that period, Nike stock returned –2.4%—not really a stellar number. However, if you compare it to Under Amour, whose share price plunged 27.9% over the past 12 months, you’d see that NKE stock is the more formidable one.

One of the reasons behind the lackluster performance of stocks in the sportswear segment is the sluggish economic growth around the world. Essentially, these companies are in the consumer discretionary sector, meaning their products and services are considered non-essential by consumers. When times are tough, consumers are likely to forego the purchase of consumer discretionary goods in favor of consumer staples or adding to their savings.

At the same time, sportswear companies like Nike and Under Armour operate on a global scale. With currency headwinds coming from the strong U.S. dollar, their international revenues look less impressive when converted back to the U.S. dollar.

So why, you ask, would Nike stock be a good fit for an income portfolio?

Well, the first and most obvious answer is its dividends. Stock prices always fluctuate, but Nike has been increasing its quarterly dividend rate every single year for more than a decade. Right now, the company pays $0.16 per share each quarter, translating to an annual dividend yield of 1.15%.

The best part is that Nike’s payout to income investors still has a plenty of room to grow. In the fourth quarter of the company’s fiscal 2016, which ended May 31, Nike generated $0.49 in adjusted earnings per share. This means it was paying out less than one-third of its adjusted earnings as dividends. If the company decides to raise its payout ratio in the future, Nike stock’s dividends could get a lot more attractive. (Source: “Nike, Inc. Reports Fiscal 2016 Fourth Quarter And Full Year Results,” Nike, Inc., June 28, 2016.)

Of course, there is an upper bound to the payout ratio. For Nike’s track record of dividend increases to continue into the future, it needs to grow its sales. On that front, there is good news.

While global economic growth remains sluggish for the most part, Nike has been doing quite well in its international markets. On a foreign exchange-neutral basis, revenue from Western Europe surged 14% year-over-year in its most recent quarter, while Central and Eastern Europe revenue increased 17% year-over-year. In Asia, Nike’s Greater China segment delivered 27% revenue growth, while Japan also delivered a solid 22% under constant currency. The company’s Emerging Markets revenue was down five percent for the quarter, but would have shown a 13% increase, excluding exchange rate fluctuations. (Source: “Nike Inc Consolidated Statements of Income,” Nike, Inc., June 28, 2016.)

And then there’s the trend of consumers moving towards health and wellness. You are likely aware of the boom in the wearable tech sector. But it’s not just fitness tracker makers that are making money; when people adopt a more active lifestyle, the demand for sports apparel and footwear would likely go up. As the number-one sportswear company in the world, Nike stands to win.

Last but certainly not least, Nike’s investments in mobile and online experiences are paying off. It’s not really news that more and more consumers are moving from brick-and-mortar stores to online channels. Nike is adapting well to that trend. In its fiscal 2016, Nike.com’s business grew 46% year-over-year. The site is now available in over 40 markets around the world.

If you just look at its current dividend yield, Nike stock might not look that attractive. But when it comes to dividend growth potential, few companies can match the sportswear giant. With an unrivaled brand name and a lineup full of best-selling products, NKE stock could keep rewarding income investors for years to come.