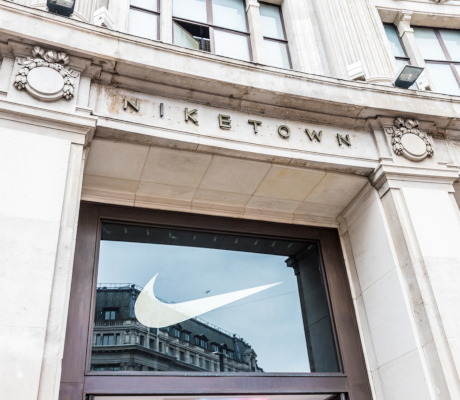 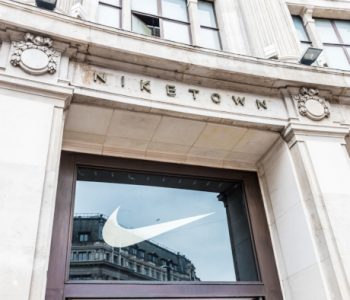 NKE Stock: Just Do It?

The best things sometimes come in small packages. You could say that the same thing applies to dividend investing.

Consider Nike Inc (NYSE:NKE). Over the past decade, the yield on shares has averaged less than two percent—not enough to whet the appetite of most yield hogs.

Yet Nike’s earnings and dividends have both grown steadily. For the 10 years ended December 31, shares of NKE stock have delivered a total return (including reinvested dividends) of 540%. On an annualized basis, that comes out to 20.4% per year.

This figure tops the S&P 500’s annualized total return (including dividends) of 12.6% for the same period, according to Nike’s investment return calculator.

You can’t invest based on backward-looking numbers, of course. Investors, though, have good reason to believe such outstanding returns will continue.

I have no idea how shares of NKE stock will do in the short term. The economy appears to have slowed, which could put pressure on stocks generally. But over the long haul, I expect that investors will get well compensated.

Nike has emerged as a dividend powerhouse.

The company announced its latest increase in November, just ahead of strong second-quarter results. The new quarterly dividend of $0.22 per share represents an increase of 10% from the previous payout.

In addition to dividends, Nike also returns an enormous amount of capital back to investors through share buybacks. Last quarter, management pledged to buy back $15.0 billion in NKE stock over the upcoming year. This effectively amounts to a stealth dividend and signals an enormous commitment to rewarding investors.

That distribution will likely continue to grow.

In mid-2017, management unveiled the “Triple Double Strategy.” Through the program, the company vowed to double its pace of innovation, double its speed to market, and double its direct connections to customers. (Source: “Nike, Inc. Reports Fiscal 2019 Second Quarter Results,” Nike, Inc., December 20, 2018.)

Those efforts have already started to pay off. Last quarter, Nike saw revenue grow eight percent year-over-year in Europe, the Middle East, and Africa; nine percent in North America; and 15% in Asia and Latin America. Even more impressive, management reported better-than-expected profit margins and boosted their earnings guidance for the upcoming year.

“We’re incredibly energized about 2019 – with a full innovation pipeline; the most personal, responsive retail experiences in the industry; and a supply chain that’s delivering
speed at scale.” (Source: Ibid.)

All of this potential can be purchased for a reasonable price tag.

Notice that I didn’t say the shares are cheap; they aren’t. At 21-times forward earnings, you have to pay a premium for Nike stock.

That premium multiple, however, is justified by the company’s growth prospects. Over the next five years, analysts project Nike’s earnings per share to grow at a 15% compounded annual clip. This makes Nike’s multiple look much more acceptable on a price/earnings-to-growth basis.

You can’t call Nike stock risk-free, of course. Any number of factors could clip the company’s profits, including tougher competition from rivals, a strong U.S. dollar, and the growing threat of an international trade war. But that’s a chance I’m willing to take, given Nike’s growing profitability and commitment to rewarding shareholders with dividend hikes.

NKE stock looks like one top dividend stock for 2019 and beyond.