Many companies in the technology space don’t have long histories of paying dividends. In fact, there are only a handful of technology names which can be relied upon for receiving regular income checks. Microsoft Corporation (NASDAQ:MSFT) stock is one which fulfills this criterion.

One obvious reason that you don’t find many technology names in the list of dividend-paying stocks is that technology changes quickly, and these companies need to have a big chunk of cash at their disposal to invest in innovation, new product developments, and marketing.

That’s why many tech titans such as Facebook Inc (NASDAQ:FB), Google’s parent Alphabet Inc (NASDAQ:GOOG) and salesforce.com, inc. (NYSE:CRM) don’t pay dividends. For income investors, finding a good dividend-paying technology stock is a great challenge. Income investors usually look for a solid history of dividends with an above-average growth in the stock price.

This is a very tough combination to achieve in the technology sector because high-dividend payouts often come with businesses which either have lost growth momentum or belong to a mature segment of the economy, where super returns are the thing of past. I’m talking about utilities, pipeline operators, etc.

Microsoft is one of those companies with the rare combination of a solid dividend and a reasonable appreciation in capital. Let’s see how this right mix of growth, innovation, and dividend yield has made MSFT stock one of the best players in the technology space.

Microsoft has been in the business for more than four decades. During this time, it revolutionized the way we use technology. So many technology companies were created in the past three decades, but they disappeared as quickly as they emerged after they failed to innovate and cope with the changing consumer preferences. Remember Compaq, AOL, Inc. and Palm, Inc.?

But when it comes to Microsoft, it is an undeniable fact that the company has never been behind the curve. Its constant innovation in its legacy product lines (“Windows” operating system, “Microsoft Office”) has kept its cash generation capabilities intact.

The most compelling reason for income investors to have Microsoft stock in their portfolio is its hefty dividend payments, coupled with its massive share buyback plans.

But remember, dividends aren’t the only way that companies reward their investors; buying back their shares is another important part of returning cash. This is equally important because when a company repurchases its outstanding shares, investors will own a larger portion of the company, and more income will be distributed on a fewer number of shares. 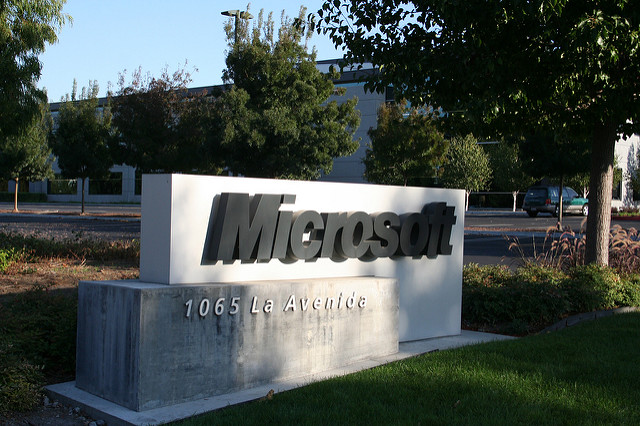 Microsoft stock has been a great beneficiary of share buybacks, as the company has been very aggressive on that front. In September, Microsoft announced that its board of directors has approved a new share repurchase program, authorizing up to $40.0 billion in share buybacks. The buybacks are on track to be completed by the end of this year. (Source: “Microsoft announces quarterly dividend increase and share repurchase program,” Microsoft Corporation, September 20, 2016.)

In other words, Microsoft’s $452.0-billion market capitalization will be reduced by nine percent by the time it fully exhausts its share buyback mandate. This is a win-win situation for long-term investors who don’t want to quit this trade.

These are the factors which make MSFT stock the number-one candidate for investors seeking dividend income in the technology space. And I see no reason why Microsoft shouldn’t continue with its steady increases in dividend payouts, especially at a time when it’s showing a constant improvement in its product lines by aggressively gaining a market share in new technologies, such as cloud computing.