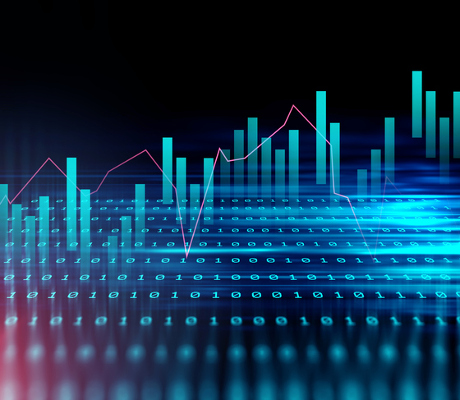 MSFT: Microsoft’s Ex-Dividend Date and What to Expect in 2017 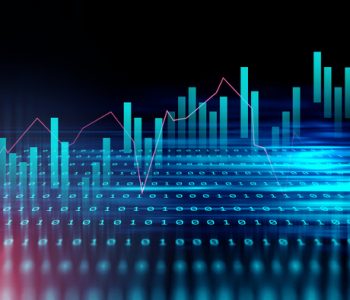 Tech stocks aren’t known for big yields, but Microsoft Corporation (NASDAQ:MSFT) could be an exception. “Windows” has become the ultimate cash cow, spinning out huge profits. In recent years, this has allowed Microsoft to become a tidy dividend stock, with a yield on par with some banks and utilities. In this article, let’s take a closer look at Microsoft’s dividend history, MSFT ‘s ex-dividend date for 2017 which is February 14, 2017, and the next MSFT stock dividend payout.

Microsoft shied away from paying dividends during its first 16 years as a public firm. Despite throwing off huge cash flows, executives feared a distribution would signal the company’s best days were behind it. In the tech sector, companies prefer “go-go” growth over stodgy dividends.

That policy changed at the turn of the century. In 2003, Microsoft declared an $0.08-per-share dividend which was to be paid annually. The move, though, hardly caught the attention of income investors, who scoffed at the 0.3% yield. (Source: “Dividends and Stock History,” Microsoft Corporation, last accessed February 13, 2017.)

Microsoft was quick to shape up its dividend policy, however. In late 2003, management doubled the distribution to $0.16 per share. In 2004, executives raised the dividend again, moved to a more traditional quarterly distribution schedule and issued a special $3.00 per share one-time payment. With the yield ticking above one percent, the stock finally hit the radar of income investors.

From a humble start, Microsoft has become a cash machine. We have seen 16 MSFT dividend increases since 2006, with hikes coming almost every year except for the financial crisis. Over that period, the company’s dividend growth rate has averaged 15.8% per year.

In addition to dividends, Microsoft stock is also a buyback machine.

Since 2007, the company has repurchased over 1.8-billion shares. This amounts to over 20% of all outstanding stock.

You can think of these buybacks as a sort of tax-free dividend. By buying back stock, shareholders are able to increase their stake in a wonderful business. And unlike dividends, the move triggers no tax bill until you sell your shares.

The new year should be another lucrative period for MSFT shareholders.

The company’s last dividend declaration date was November 30, 2016. Microsoft stock will begin trading ex-dividends on February 14, 2017. Shareholders of record who purchased MSFT stock prior to the record date are eligible for the distribution. The next MSFT dividend payout is scheduled to be paid on March 9, 2017, amounting to a cash dividend payment per share of $0.39.

Shareholders could also be due for a special dividend. Microsoft has $123.0 billion sitting in its coffers, most of which is trapped offshore. Investors have hopes that management will bring this money stateside, igniting a dividend bonanza. Executives, though, haven’t been keen on doing this, given the big tax bill that such an action would incur.

That could be about to change. Right now, U.S. companies pay a 35% tax on any funds returned from foreign countries. On the campaign trail, however, President Trump promised to lower this rate by more than half. (Source: “Will Donald Trump’s Corporate ‘Tax Holiday’ Create Jobs? Not Necessarily,” The New York Times, Dec 26, 2016.)

This could be a huge for the software maker. Let’s assume the tax bill is passed as originally proposed. In such a case, Microsoft would shave billions off of its liabilities to the IRS.

Income investors would cash in. Microsoft could use its windfall to deliver a special dividend in 2017. More likely, though, management would choose a combination of acquisitions, distribution increases, and stock repurchases.

What Could Be Ahead for Microsoft’s Dividend?

We could see more MSFT dividend increases in the years ahead.

Some analysts are concerned about the company’s declining generally accepted accounting principles (GAAP) profits. Most of this drop, however, comes from asset writedowns, restructuring charges, and goodwill impairments related to its Nokia Corp purchase. When you back out those one-time items, the company has usually paid out $0.50 in dividends for every dollar earned in profits. This leaves management with plenty of room for big dividend hikes through the end of the decade.

Looking beyond 2020, Microsoft might have less room for dividend growth.

Windows has long been the company’s cash cow. “Office” also benefits from high switching costs, given most people don’t like change. For these reasons, Microsoft has long been able to charge almost anything for software services.

This business, however, is under attack. Windows owns only one-percent of the mobile and tablet market, which is becoming more important for consumers. The Office suite has been the number-one application for decades, but the rise of free alternatives like “Google Docs” is putting a dent in sales. (Source: “Global market share held by the leading smartphone operating systems in sales to end users from 1st quarter 2009 to 3rd quarter 2016,” Statista, last accessed February 13, 2017.)

Microsoft has responded to this threat with a big splash into cloud computing. The problem is that storage and related services are largely commodity businesses. Like oil and airline tickets, customers tend to favor the company hawking the lowest price. Unless management can somehow stand out in the marketplace, the cloud will never make money like Office or Windows.

The company could also squander cash on poorly thought out acquisitions. Microsoft has a history of overpaying for takeovers, namely Skype, Nokia, and aQuantive. The company’s recent $26.2-billion purchase of LinkedIn has left many analysts with an unsettling “Groundhog Day” feeling. (Source: “Microsoft Closes Acquisition of LinkedIn,” The Wall Street Journal, December 20, 2016.)

Microsoft, though, is finding ways to protect its turf. More than 70 million workers now pay to use “Office 365,” which generates up to 1.8 times more in monthly subscription fees over old-fashioned licensing. Similar shifts to a subscription-based business model for other products show promise, too. This recurring revenue stream could keep Microsoft’s coffers bulging for decades to come. (Source: “Pssst! Office 365 customers pay Microsoft up to 80% more over long haul,” Computer World, May 7, 2015.)

Microsoft doesn’t have the longest dividend history. The company, however, is evolving into a real cash-cow. While the business faces challenges, shareholders are buying a piece of a wide moat operation that throws off tons of cash. If CEO Satya Nadella can make the right moves, we should continue to see steady MSFT dividend increases for years to come.