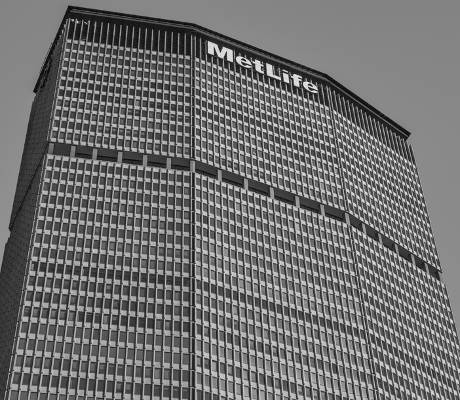 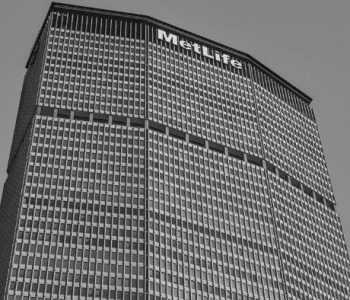 Metlife Inc (NYSE:MET) stock is reorganizing, partly as a reaction to the low-interest-rate environment that has damaged earnings for life insurers. The insurer recently set in motion the process of separating its complex consumer unit as part of the reorganization.

Metlife stock is also battling its classification as a systematically important financial institution (SIFI). It won a court case early this year to undo its designation as a SIFI, but the government appealed the ruling and the matter remains before the court. Dropping the SIFI tag would save MET stock from some regulatory burdens, most of which affect its capital structure. (Source: “U.S. government appeals court decision in MetLife ‘too big to fail’ case,” Reuters, April 8, 2016.)

Shares of Metlife stock soared following the favorable running that the insurer cannot be considered a nonbank SIFI. MET stock is down less than three percent year-to-date.

Rising Interest Rates Are a Tailwind for Metlife Stock

Metlife, like all other insurers, has also had to cope with low interest rates. When interest rates are low, borrowers enjoy cheap loans, but underwriters struggle to grow returns. It is no wonder Metlife stock’s earnings and revenue in 2016 are expected to remain at nearly the same level they were in 2015.

However, with the U.S. Federal Reserve recently sounding hawkish about raising interest rates in December, one of the major headwinds MET stock has had to deal with could begin to fade. At the beginning of 2016, the Fed was expected to do up to four rate hikes in the year, but a mix of downbeat domestic economic data and growing global economic uncertainties made it difficult for the central bank to drive up rates swiftly.

For Metlife, its insurance peers, and banks, the fact that the Fed is only at the beginning of the rate hike cycle is something to cheer. As rates move higher, it will be a tailwind for these businesses. With higher interest rates, Metlife stock stands to earn more from its operations, and it can use the gains to boost dividends.

Metlife stock last paid a quarterly dividend of $0.40 a share for the second quarter of 2016, with the dividend amount working out to $1.60 on an annualized basis, and a yield of nearly 4.2%.

MET stock has a low dividend payout ratio of just 28%, meaning that the company is preserving a large chunk of its earnings. The low payout ratio suggests that there is flexibility for the company to keep paying dividends, even in a rainy season. Metlife finished 2015 with total free cash flow of $14.1 billion, significantly higher than the $1.8 billion it distributed in dividends that year. As such, there is stability in Metlife’s dividend stream, despite the seemingly lofty yield of 4.2%.

Metlife stock has increased its dividend consistently over the last three years. The last dividend increase came in the first quarter of 2016, where the company boosted its dividend to $0.40 a share from $0.375 in the prior quarter, indicating a 6.7% dividend growth. (Source: “MetLife (MET) Raises Quarterly Dividend 6.7% to $0.40; 3.4% Yield,” Street Insider, April 26, 2016.)

The dividend hikes have meant that Metlife stock now pays more in dividends than industry leaders such as American International Group Inc (NYSE:AIG) and a host of other insurance companies. AIG has paid a dividend of $0.32 in the last three quarters, working out to an annualized dividend of $1.28 a share.

Metlife is in the process of separating its consumer unit, Brighthouse Financial, a loss-leader business that has been a serious drag on the company’s financial performance. In separating Brighthouse, MET stock is widely expected to favor a spin-off instead of the other options, such as an initial public offering or outright sale. It seems that it would be difficult for Brighthouse to get an attractive buyout offer given its downbeat profile.

Brighthouse exposed Metlife to a $2.0-billion charge in the second quarter of 2016, in relation to annuity loss. (Source: “Annuity Loss Adds to MetLife Drama,” The Wall Street Journal, August, 4, 2016.)

The separation of Brighthouse will not only improve Metlife’s cash flow, but the retail business will also pay its parent between $3.3 billion and $3.8 billion in special dividends. A boost to the cash flow would come in part from the expected $1.0 billion reduction in expenses by 2019. Metlife stock could use the windfall from Brighthouse to resume the repurchase of its shares. The company put stock buybacks on ice pending the breakup of its consumer unit. (Source: “MetLife to Reduce Costs 11%, Cut Jobs as Rates Hurt Returns,” Bloomberg, August 4, 2016.)

The Future of Dividends for Metlife

Metlife stock conserves a large chunk of its earnings, given that it only funnels about 28% of earnings to dividends. As such, the company’s dividends stream looks stable and the company should enjoy more dividend flexibility as earnings improve amid rising interest rates.

As for the dividend hike, completion of Brighthouse separation could pave the way for a dividend hike as the company will drop certain costs, thus improving free cash flow. Additionally, SIFI reclassification will relax capital requirements for MET stock, paving the way for the company to increase the amount it returns to shareholders in dividends and buybacks.

Metlife is planning to expand its Ireland operations as the company pursues international growth. Success in the international market, combined with reduction of risks and expenses due to the separation of the domestic consumer unit, should boost earnings for Metlife stock, potentially leading to higher dividends.