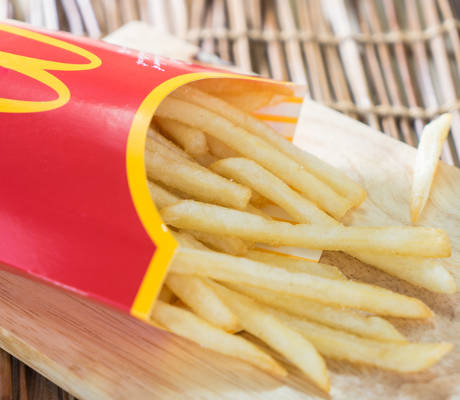 McDonald’s Corporation: Time to Get Excited on MCD Stock Again? 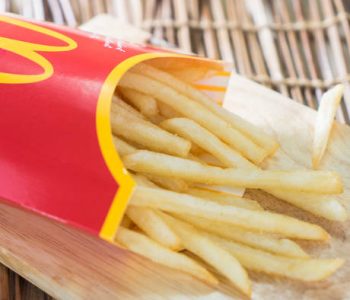 If you’re thinking to sell McDonald’s Corporation (NYSE:MCD) stock due to recent underperformance, think twice before you make your move.

McDonald’s earnings in recent quarters haven’t impressed investors much. Sales growth has fallen from above six percent in the first quarter of this financial year to under four percent in the second quarter.

This is all happening when some analysts are warning investors that the U.S. food industry will continue to see declining sales due to competitive pressures and an ongoing shift in consumer preferences as they begin to favor healthier choices.

These negative sentiments have hit MCD stock hard during the past four months. After reaching an all-time high of over $131.00 in May, McDonald’s stock is under constant pressure. It lost about 13% since then, as the S&P 500 index gained over five percent during the same period.

So what’s keeping investors nervous about this global fast food chain, which has a presence at over 36,000 locations in over 100 countries?

I think behind this slump in McDonald’s stock is an uncertainty factor in Chief Executive Officer Steve Easterbrook’s turnaround plan, which he announced last spring.

As part of this turnaround plan, the company is restructuring into four units, including the “U.S.,” “High-Growth,” “International,” and “Foundational” segments to strengthen the company’s, “effectiveness and efficiency to drive faster and more customer-led decisions.” (Source: “McDonald’s Announces Initial Steps In Turnaround Plan Including Worldwide Business Restructuring And Financial Updates,” Newsroom, Mcdonald’s Corporation, May 4, 2015.)

This restructuring came following the worst slump in Mcdonald’s stock history, as sales in the U.S., which makes up of about 40% of the company’s 36,000 global locations, remained flat or fell in 2014.

Part of the turnaround plan also included closing down 3,500 restaurants by the end of 2018 and accelerating the pace of refranchising and increasing the global franchised percentage from the current 81% to approximately 90%. (Source: Ibid.)

If you look at the most recent numbers, you’ll notice that this strategy has started to work. McDonald’s global comparable sales rose 3.1% in the second quarter of this year. Though diluted earnings per share of $1.25 fell one percent when compared with the same period a year ago, they increased 13% in constant currencies, if you remove the one-time charge of $0.20 per share. (Source: “McDonald’s Reports Second Quarter 2016 Results,” McDonald’s Corporation, July 26, 2016.)

On the product offering side, McDonald’s stores are bringing in more customers since introducing the popular “McCafe” brand, while all-day availability of its breakfast menu has proved another important step to increase sales in North America.

If the history has any relevance for long-term investors, then I believe this isn’t the time to get bearish on MCD stock.

McDonald’s Stock: Bounce Back is Imminent

McDonald’s stock has been through these challenges many times in its more than 70 years of history, and it has rarely disappointed long-term investors. This company has survived many recessions and changing consumer preferences, only to emerge stronger in the end.

Let’s analyze MCD stock performance over a longer horizon and remove this quarter-to-quarter noise from its performance. An investor who had bought McDonald’s shares worth $10,000 in 1995 would have made a killing; that investment is now worth $93,000, provided you had reinvested dividend income back into McDonald’s stock.

McDonald’s is also a solid dividend payer. The company rewarded its investors with rising dividends each quarter, even though its stock continued to rise. MCD stock offers an annual dividend yield of over three percent. What’s more impressive is the company’s track record in growing its payout. Since its first dividend in 1976, McDonald’s has raised its payout every single year.

McDonald’s turnaround plan also includes returning more cash to shareholders through its aggressive share buyback plan. It returned $4.1 billion to shareholders through share repurchases and dividends in the second quarter, bringing its cumulative return to $24.4 billion against its planned return of about $30.0 billion for the three-year period ending 2016. (Source: Ibid).