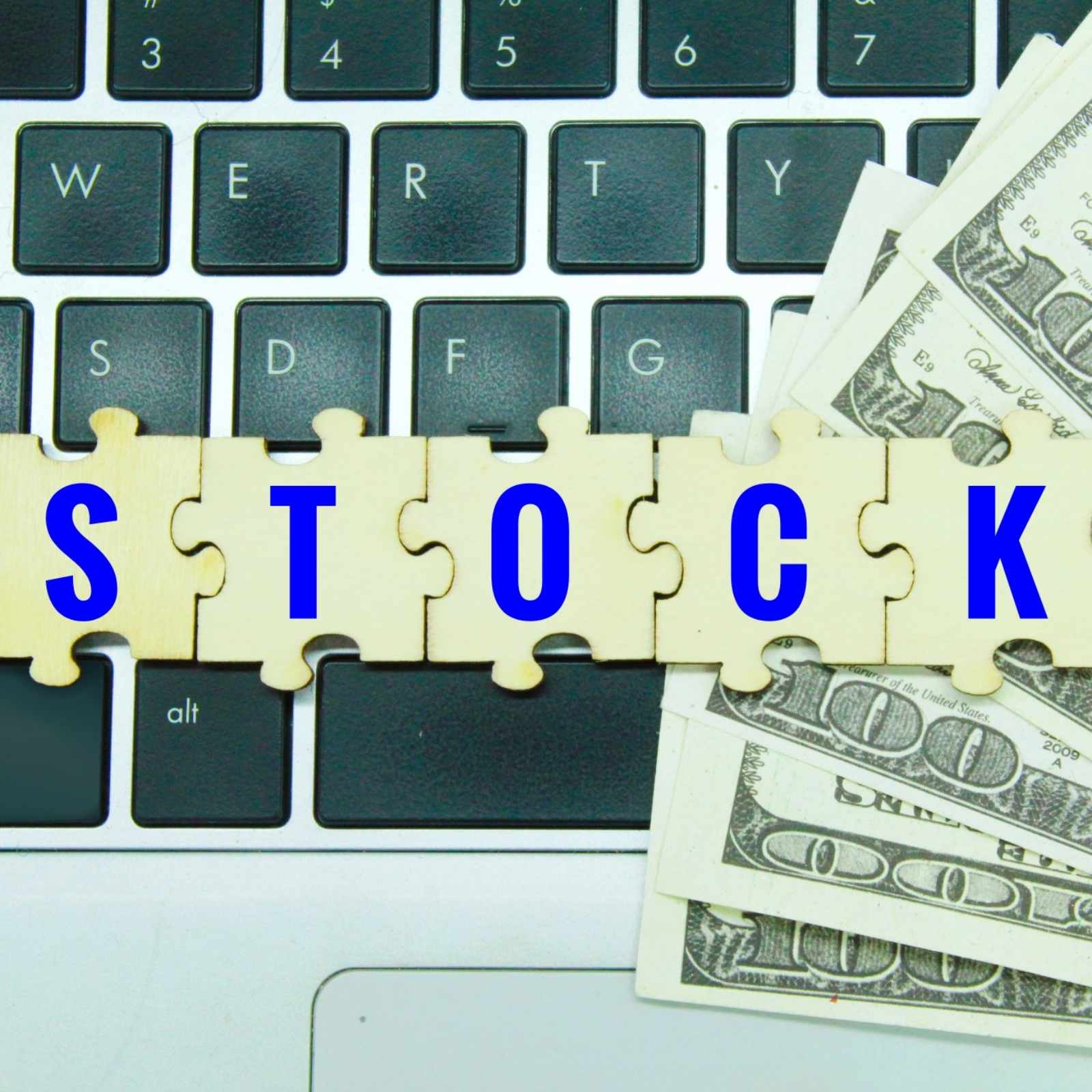 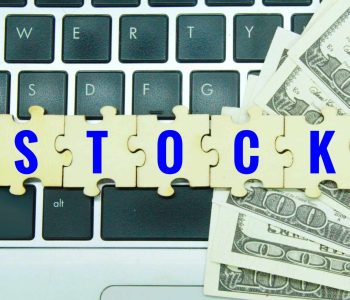 Investors like growth stocks because of the potential for outsized gains. This doesn’t work as well when interest rates are going up, though.

The tech-heavy Nasdaq is currently in bear-market territory, down by 26% year-to-date. With interest rates still rising, it has room to go lower. What income investors don’t like about tech stocks is that they generally don’t provide dividends. As for the tech dividend stocks that do provide dividends, most of their payouts are pretty miserly.

Broadcom Inc (NASDAQ:AVGO) has a 2.9% dividend yield, Microsoft Corporation (NASDAQ:MSFT) has a 0.9% yield, and Nasdaq Inc (NASDAQ:NDAQ) has a 1.6% yield. No one is going to complain about getting free money, but when inflation is at 8.3%, those kinds of yields are underwhelming—especially in light of how badly tech stocks have been performing. AVGO stock is down by 13.5% in 2022, MSFT stock is down by 18.5%, and NDAQ stock is down by 25.5%.

Investors who want income and growth might want to take a look at Lumen Technologies Inc (NYSE:LUMN), a tech stock that provides safe, inflation-trouncing, ultra-high-yield dividends.

Lumen Technologies’ management has said its goal is to maintain an annualized dividend of $1.00 per share. During the first quarter of this year, LUMN stock returned $271.0 million to shareholders through its quarterly dividends. In May, the company’s board declared a quarterly dividend of $0.25 per share, for a yield of 8.4%. The payout ratio is just 48.5%.

While not exactly on fire, LUMN stock has certainly been outpacing the broader market. As of this writing, Lumen Technologies stock is:

In comparison, the Nasdaq is: 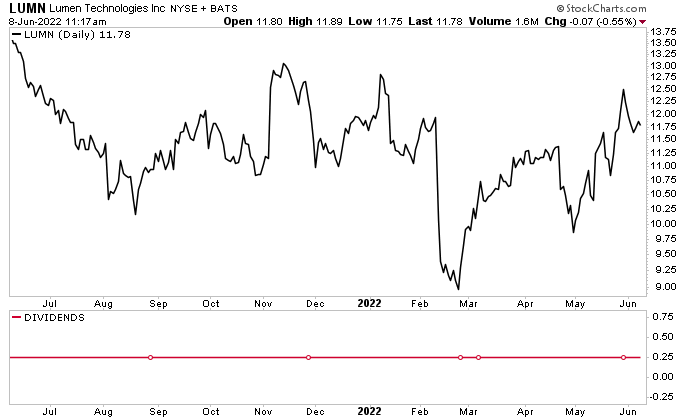 Unlike many other tech companies, Lumen Technologies Inc is both profitable and cash-flow-positive. This helps explain why it’s able to pay an 8.4%-yield dividend. The average dividend yield on the Nasdaq is 1.4%.

In the words of Lumen Technologies, “all emerging technologies rely on fiber.” The company has that covered, with approximately 500,000 route fiber miles, serving customers in more than 60 countries.

Through Lumen Technologies Inc’s edge computing technology, customers receive exceptional processing performance with low latency. Its “Quantum Fiber” service isn’t only quicker than that of the competition, but it’s also cheaper, at $0.07 per megabit per second (Mbps). The industry average is $0.09 per Mbps.

In an effort to focus on its key revenue drivers, Lumen Technologies Inc is selling two of its non-core assets.

Lumen Technologies isn’t severing its ties with its Latin American business, however. It plans to “retain a strategic relationship” with the new company. This will include reselling and network arrangements that allow both companies to use each other’s fiber, data center, and other network assets. This transaction is expected to close in the third quarter of 2022.

Lumen Technologies will retain its ILEC assets in 16 states, as well as its national fiber routes and competitive local exchange carrier (CLEC) networks. The closing of this sale is expected to happen in the fourth quarter of this year.

Together, the two sales will generate net discretionary cash proceeds of $7.0 billion.

Lumen Technologies Inc generated free cash flow of $846.0 million in the first quarter, compared to $850.0 million in the same period of the previous year. The company ended the quarter with cash and cash equivalents of $366.0 million.

The Lowdown on Lumen Technologies Stock

In the first quarter, Lumen Technologies Inc maintained healthy margins and strong cash flow, and it expects that its two previously announced large asset sales will close later this year. The company has maintained its $1.00-per-share dividend, has said it will evaluate the possibility of future share repurchases, and has reduced its net debt by $1.5 billion since the first quarter of 2021.