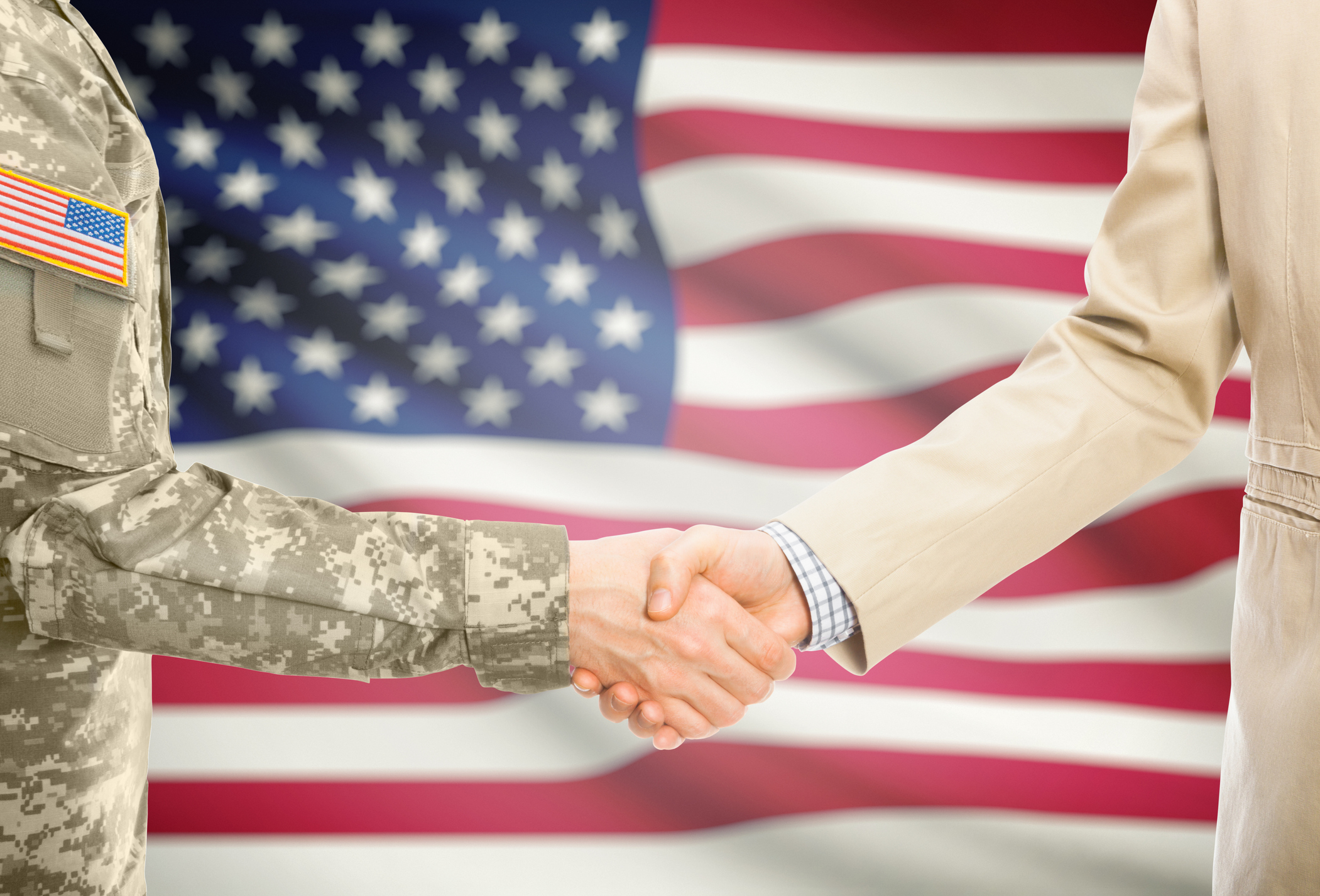 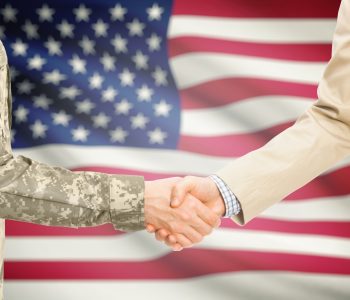 It’s a scary world, except for defense contractors.

Terrorist attacks across Europe, a looming war with Iran, the nuclear threat from North Korea.

Clearly, it’s a great time to be in the war business. A ballooning number of conflicts means robust demand for everything from missiles and tanks to bullets and jet fighters.

In July, President Donald Trump vowed to boost the defense budget to $738.0 billion by 2020. That sum of money is larger than the annual economic output of Switzerland. (Source: “GDP by Country,” World Meters, last accessed August 15, 2019.)

And while some of that cash will go to service members, the vast majority gets paid out to private companies.

One of the biggest earners: Lockheed Martin Corporation (NYSE:LMT). As the country’s largest defense contractor, Lockheed hoovers up much of the government’s military dollars. And I believe Lockheed shareholders could hoover up a lot of dividend checks in the coming years, too.

While few would argue that war is good, that doesn’t mean it’s bad for business. Over the past decade, Lockheed Martin has generated an average annual profit of $0.47 on every dollar of debt and equity on its balance sheet.

So-so companies can earn those kinds of returns from time to time. Few, however, can sustain those profits for long. This ability to post robust returns over such a long period is the hallmark of a wonderful business.

What is Lockheed’s secret? The company enjoys an entrenched market position rivaled by almost no one. Decades of experience in arcane regulations allows management to secure government contracts. In missiles, Lockheed and Raytheon Company (NYSE:RTN) compete in a cozy duopoly.

In other business segments, a lack of qualified bidders often leaves the U.S. Department of Defense with no choice but to buy Lockheed equipment. And due to the mission-critical nature of missiles and munitions, customers don’t often switch to unproven suppliers. This puts Lockheed in the position to charge high prices on equipment with little fear of competitors biting into margins.

Lockheed management returns most of this money to shareholders. Over the past few decades, executives have boosted the payout to LMT stock investors fivefold. Today, the stock pays a quarterly dividend of $2.20 a share, which comes out to an annual yield of 2.3%. (Source: “Dividend History,” Lockheed Martin, last accessed August 14, 2019.)

And that’s not the only way Lockheed Martin returns capital to shareholders. In addition to dividends, the company also pays out money through its stock buyback program. Since 2006, Lockheed executives have spent an average of $2.0 billion per year on this initiative, reducing the total number of outstanding shares by more than a third. (Source: “Lockheed Martin Shares Outstanding 2006-2019 | LMT,” Macrotrends, last accessed August 14, 2019.)

That boosts the remaining investors’ claims to future earnings and, by rough extension, boosts the Lockheed Martin stock price. Yet despite the stock’s impressive run, this could just be the beginning.

When There’s War, This Company Wins

First off, the Senate passed a budget deal earlier in August that will suspend the U.S. government’s debt ceiling. We know President Trump has backed this plan. So as part of a broader deal to avoid a government shutdown, it seems almost certain that defense spending will increase by about $25.0 billion over the next two years. (Source: “Senate gives final passage to budget increasing military spending and deficit, Trump to sign,” NBC News, August 1, 2019.)

With the world teetering on the verge of a recession, how many industries look poised to actually grow going forward? And with legislators removing any caps on federal spending, the stream of dollars flowing into the defense industry could turn into a torrent.

And just last month, the White House announced an $8.1 billion weapons deal with Jordan, Saudi Arabia, and the United Arab Emirates. Regardless of your opinion on the President, Trump has emerged as the Zig Ziglar of American weaponry.

Lockheed Martin will capture a lot of those sales.

That bump is a big vote of confidence on the part of management. They would not have raised investors’ hopes unless they were sure they could deliver.

“The corporation achieved another quarter of strong operational and financial results across all four of our businesses, which allowed us to grow our backlog to a new record level and to increase our financial outlook for 2019,” said Lockheed President and CEO Marillyn Hewson.

That outlook seems conservative, given the company’s tendency to underpromise and overdeliver. Regardless, Lockheed has the financial wherewithal to boost the dividend in line with profits, potentially doubling the payout over the next five years. 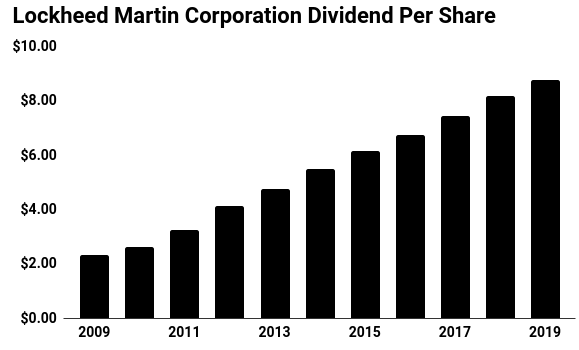 What Could Go Wrong?

Don’t be surprised to see more negative headlines. That could spark quick, unexpected sell-offs from time to time.

Lower defense spending could also rock the industry. We saw this last year, with government officials changing the formula to pay contractors. That left companies shouldering more of the burden in the event of missed deadlines. A sudden leftward shift in Beltway politics could also put a dent in Lockheed’s growth projections.

But here’s the thing: Washington has always represented a feeding trough for this industry. It’s the one thing Republicans love spending money on (and Democrats rarely object). Even under President Barack Obama, outlays on military hardware actually increased once you include all of the off-balance-sheet items. Negative headlines will spook traders on occasion, but it has never paid to bet against the military-industrial complex.

America maintains a military presence in dozens of countries around the world. And with the list of enemies growing, Uncle Sam will keep turning to private contractors for arms.

As the largest player in this business, Lockheed Martin Corporation will collect most of those dollars. And by extension, LMT stock will likely pay out the most money to shareholders.