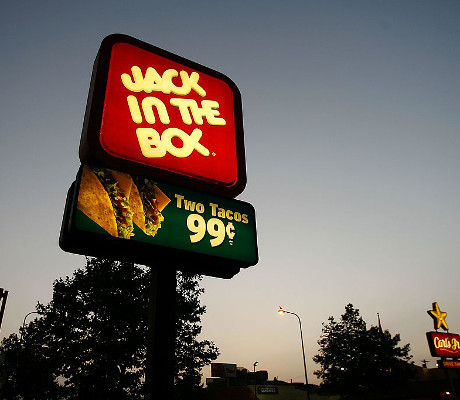 JACK Stock: Here’s Why Jack in the Box Inc. Is Down Today 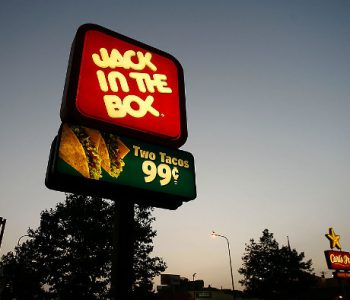 Jack in the Box Inc. (NASDAQ:JACK) has been serving burger lovers for over six decades. Investors in JACK stock have also made decent gains. But on Monday, November 21, JACK stock slipped more than three percent in after-hours trading. Why? Because the company just reported earnings.

The bottom line was a nice surprise. For the quarter, adjusted earnings came in at $1.03 per share, a 66.1% increase from the year-ago period, smashing analysts’ estimates of $0.88 per share.

“Operating earnings per share for the fourth quarter exceeded our expectations, due primarily to a reduction in G&A costs resulting from our restructuring initiatives, as well as lower impairment charges and a lower tax rate,” said Lenny Comma, Jack in the Box’s CEO, in a statement on Monday. “We were pleased that Jack in the Box system same-store sales outperformed sluggish industry trends, and although sales and traffic growth at Qdoba were solid, margins were hampered by the impact of new restaurant openings.”

Still, JACK stock tumbled as much as 3.6% after the earnings release.

One of the reasons why investors weren’t impressed was same-store sales. For the quarter, the fast food chain’s same-store sales at company-owned locations rose 0.5% year-over-year, while analysts were expecting a 1.6% increase.

For fiscal 2017, Jack in the Box expects to generate adjusted earnings of between $4.55 and $4.75 per share, while analysts were anticipating $4.75 per share.

Note that the company also announced a quarterly dividend of $0.40 per share, representing a 33% increase from its current payout of $0.30 per share. The dividend will be payable on December 16, 2016 to shareholders of record as of December 5. (Source: Ibid.)

Based on the current price, JACK stock would have an annual dividend yield of 1.63%.

Despite the market’s reaction on Monday, JACK stock is still up more than 32% year-to-date.