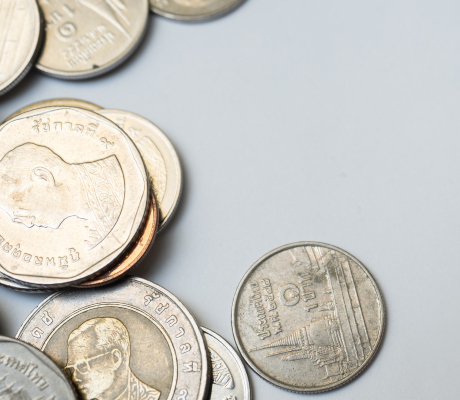 Is This Company the Next Berkshire Hathaway? 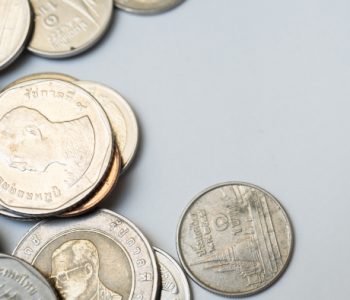 In the back of every investor’s mind is the stock that got away and became a huge success.

Consider Berkshire Hathaway Inc. (NYSE:BRK.A, NYSE:BRK.B), which grew from a small textile manufacturer into a financial behemoth. If you had invested just $1,000 after Warren Buffett took over the company back in 1964, your position would be worth more than $15.0 million today.

Think for a second: What would you do with $15.0 million? What kind of financial freedom would that mean for you? A new house? More travel? Early retirement? If you’re like me, you don’t want to be sitting on the sidelines when another opportunity like that comes along.

So why haven’t we seen another Berkshire Hathaway? Why hasn’t someone come along and duplicated Buffett’s common-sense investing strategy to leverage an insurance company to buy other wonderful businesses, quarterbacked by a savvy investor with a knack for finding great stocks that most people miss?

Today, Warren Buffett’s corporate conglomerate is likely too big to deliver the outsized returns it has delivered in the past. It’s simply a matter of running into the law of large numbers; you can’t keep growing by 20% per year forever.

But one other company could fit the bill. At only a fraction of Berkshire’s size, this business still has enormous potential. What’s more, this company’s CEO is a proven winner. Over the past 30 years, he has delivered a 13,800% return for shareholders. The company? Greenwich-based insurer W. R. Berkley Corp (NYSE:WRB).

Berkley, 72, is a maverick of the industry, taking a similar operating approach as Warren Buffett. Berkley gives his managers considerable autonomy, deploys a common-sense investment style, and isn’t afraid to go where others fear to tread. And just like Buffett did back in the 1970s with Berkshire Hathaway, William Berkley has been quietly building a huge insurance behemoth at his company.

So why have so few people heard of him? Probably because few people pay much attention to insurance companies; they’re hard to understand and come with their own set of jargon. Boring stories don’t sell newspapers, but for investors who understand the business, a fast-growing insurance company can be the best investment in the world.

Insurance is usually a terrible thing to purchase (but a great product to sell). That’s because the vast majority of policies that get written don’t collect any claims. Every time you buy insurance, you’re throwing your money away—except, of course, if your house burns down. For the rest of us, insurance is simply an expense. It’s like the heating bill or the mortgage payment; you need it, so you pay the fee.

A well-managed insurance company can make billions of dollars on the difference between what it collects in premiums and what it pays out in claims.

R. Berkley Corp has set itself apart from the insurance industry by focusing on niches like workers compensation, product liability, and professional liability. These businesses, called specialty lines, are subject to less competition than traditional segments like life, property, and casualty insurance.

Without years of experience in these segments, it’s difficult to accurately predict how much customers will collect in premiums. This keeps rivals out of W. R. Berkley’s business and keeps the company’s underwriting profits fat.

You can think of running an insurance business like owning a slot machine at a bar. Each time a patron puts a dollar in the slot, they have a range of outcomes. The gambler could lose their dollar, they could make a few bucks, or they could hit the jackpot and win thousands. But on average, the gambler will lose a few cents or so each time they crank the lever. The more times the gambler plays, the more money you make. In the insurance business, the more policies the company writes, the more money they make.

So how do the numbers work at W. R. Berkley? Last year, the company wrote $6.4 billion in insurance premiums. On every dollar of premium collected, W. R. Berkley paid out less than $0.97 in insurance claims. The remaining $0.03 per dollar, or $211.2 million, went straight into the pockets of shareholders.

But it gets better. As you probably know from your own experience as a customer, insurance companies receive premiums up front. However, they only have to pay claims later. In some cases, such as those arising from certain workers’ compensation accidents, the insurance company doesn’t make any payments to customers for decades.

This model leaves insurers holding on to a large sum of money—called a “float” in industry lingo—that will eventually go to others. In the meantime, insurers can invest this float to pad their own bottom lines.

So let’s expand upon our slot machine analogy. Imagine that every time a gambler puts a dollar into the machine, they can’t spin the lever for a whole year. The range of outcomes remains the same; at the end of the year, you expect to pay out say $0.97, netting yourself a $0.03 profit. But in the meantime, you can invest the gambler’s money however you see fit. His dollar effectively serves as an interest-free loan. At the end of the year, you earn a profit from the slot machine plus your investment returns.

And this is what makes owning insurance stocks so lucrative.

In every other industry, businesses must pay for capital. They pay coupons to their lenders and dividends to their shareholders; banks must pay interest to depositors. In all times, in all places, in all industries, companies pay for the privilege of using capital. Everywhere, that is, except the insurance business. In most cases, insurance companies routinely get all the capital they need for free. In the case of elite businesses like W. R. Berkley Corp, they actually get paid to take it.

The advantages don’t end there. Insurance is, by far, the most tax-privileged industry on the planet. Insurance companies pay almost nothing to “Uncle Sam” on most of their investment profits. And their profits are sheltered, too; when insurance companies write a new policy, they don’t have to pay taxes. The reason is that, in theory, they haven’t technically earned any money. Insurance companies only book a profit after all of the claims to that capital have expired.

This represents an enormous advantage over other industries. When most companies make a sale, they incur a tax liability right away. This means they can only invest their after-tax profits back into their business. Insurance companies, by comparison, get to invest all of their revenue first.

It’s like being able to invest your entire paycheck, without any taxes taken off the top, and then paying your tax bill a decade from now. Needless to say, you would accumulate a lot more wealth than the typical working Joe. Yet this is exactly the type of situation insurance companies enjoy every day.

This model has produced extraordinary returns for their investors. Since 1985, shares have generated a total return, including dividends, of 13,800%. That beats the broader S&P 500’s market index by nearly eightfold over the same period.

How many other industries have generated returns like that over any period in history? Zero. Zip. Nadda. W. R. Berkley could only earn these types of returns because of the special privileges of operating an insurance business.

And I suspect W. R. Berkley will continue to earn outsized returns for shareholders. At $530.0 billion in market cap, rival Berkshire Hathaway can’t continue growing at the rate it once did–it’s simply too big. If the company continued to grow at the 20% clip, the business would be larger than the entire global economy in 15 years.

W. R. Berkley Corp, in contrast, is only a fraction of Berkshire’s size. Its market cap is only $9.5 billion, so the company can continue growing at a rapid rate for years to come before running into the law of large numbers.

Millions of people would love to go back in time and invest in the early Berkshire Hathaway. W. R. Berkley Corp provides a second chance to earn that kind of return. This sleepy insurer has a great track record and an engaged CEO with a large stake in the company’s success. I suspect that investors who don’t buy this stock today will be kicking themselves in 20 years.