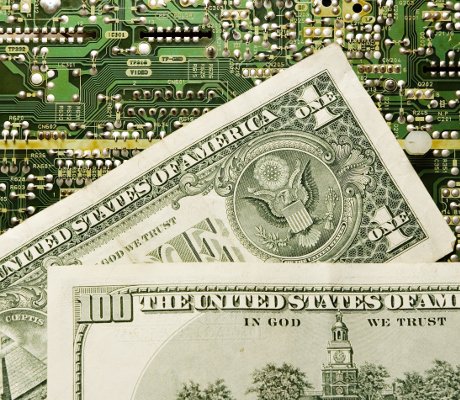 Why Intel Stock Has a Healthier Dividend Than You Think

Last week, Intel Corporation (NASDAQ:INTC) stock disappointed income-oriented investors by declaring a quarterly dividend of $0.26—again. After four payments in 2016 of the exact same amount, along with a 20% rise in the stock over the past year, income-seeking shareholders were likely thinking that a dividend raise would surely be heading their way.

Well, they were wrong.

But does that mean investors should automatically disqualify Intel stock as a safe and sound dividend opportunity? Not necessarily. Instead, the far more prudent thing to rational income investors is to look into why management didn’t raise the payout.

Making matters extra frustrating for Intel dividend investors is the fact that management’s turnaround initiatives, as well as the overall PC market, are all gaining traction (while the dividend remains stagnant).

So if Intel’s current operating performance isn’t throwing cold water on a dividend hike, then what is? After all, Intel expects EPS to increase modestly in 2017, so why can’t the payout grow too?

So it’s fairly obvious that Intel’s forecast for modest EPS growth, combined with a big boost in capital expenditure, is the reason for management’s reluctance to raise the dividend.

“I think we’ll continue to think it this way going forward as it relates to dividend, grow it in line with non-GAAP earnings, and have it be roughly 40% of the free cash flows of the company,” said Chief Financial Officer Bob Swan in a conference call with analysts. “Those change around the margins over time, depending on the CapEx intensity of the business. But I don’t expect that to change and we’ll continue to look at how we move the dividend in line with that philosophy.” (Source: “Intel (INTC) Q4 2016 Results – Earnings Call Transcript,” Seeking Alpha, January 27, 2017.)

Dividend investors shouldn’t dismiss Intel stock just yet. After all, this is still a business that generated record operating cash flow of $21.8 billion, paid $4.9 billion in dividends, repurchased $2.6 billion in shares, and purchased $9.6 billion of capital assets in 2016.

And although current dividend investors might be unhappy with a seemingly stagnant dividend, management’s big spending on new growth initiatives (namely within non-volatile memory) and on its core logic business should serve long-term investors well, both in terms of future income and capital appreciation.

With Intel stock still sporting a cheapish price-to-cash-flow ratio of 10 and a dividend yield of 2.8%, it might even be worth betting on.