INTC Stock: 1 Dividend Stock for the Next 50 Years?

I don’t usually talk about tech companies in my dividend column, but there are a few exceptions. One of them is Intel Corporation (NASDAQ:INTC) stock.

Intel is far from being the hottest name in the tech sector. However, I believe it is among the top five tech stocks worth having in a dividend investor’s portfolio.

You see, there are plenty of tech stocks offering more upside potential than Intel stock. However, with those upsides, they also carry more risk. Moreover, many trending names in today’s tech sector are not established enough to pay a dividend.

Intel, on the other hand, has been around for well over four decades. The company built its presence by making the “x86” series of microprocessors found in most personal computers today. Its deeply entrenched position in the chip-making business means it can return value to shareholders.

Right now, the company pays quarterly dividends of $0.26 per share; this translates to an annual dividend yield of three percent. Over the past 10 years, Intel stock’s quarterly dividend rate has increased by 160%. (Source: “Dividend Summary,” Intel Corporation, last accessed November 15, 2016.)

A three-percent yield might not seem like that much on its own, but think about it; some hot tech companies are still working on how to break even. By distributing part of its earnings and growing that payout consistently, Intel stock has proven itself to be special.

Other than the lack of dividends, another reason why dividend investors don’t usually shop in the tech sector is the industry’s fast-changing nature. A booming business one day may find itself completely irrelevant a few years later. That’s why despite doing all they could, many once-hot tech companies are nowhere to be found today.

Intel Stock: Yield, Dates, Splits, Prediction, and Everything You Need to Know

INTC Stock: 1 Dividend Stock for the Next 50 Years?

At the same time, those that are still around have to invest heavily to make sure that they stay relevant in the future. That’s why even the profitable tech companies are not as generous when it comes to dividends as profitable companies in other industries.

Intel stock has been around for a long time, which in itself proves its ability to stay relevant. But what really makes it special is what it could do in the future.

If you ask someone what the hottest field in tech is today, you are likely going get two answers: the “Internet of Things” (IoT) and cloud computing.

And while numerous companies are developing IoT gadgets, don’t forget that for these smart devices to work, they need to be able to process information. And as a top processor supplier in the world, Intel stands to win. 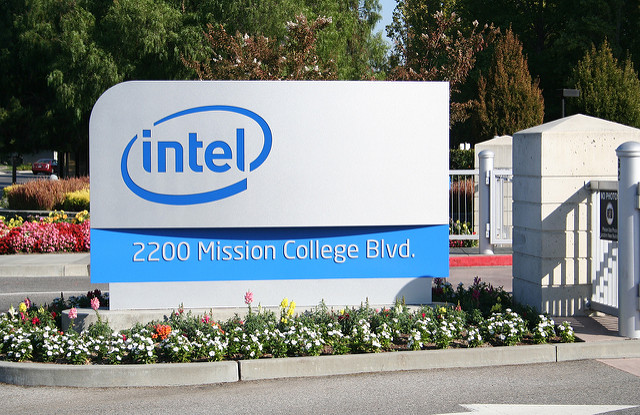 As for cloud computing, it’s a similar story. Companies like Microsoft Corporation (NASDAQ:MSFT) and Amazon.com, Inc. (NASDAQ:AMZN) are the ones making headlines. However, if you take a look at the servers in their data centers, you’d see that they are powered by Intel chips.

Cloud computing has already become a growth driver for Intel stock. In the third quarter, Intel’s Data Center Group Revenue totaled $4.5 billion, up 10% year-over-year, and is now the second-largest segment at the company, only behind the Client Computing Group. (Source: Ibid.)

Investors have realized the potential of this chip maker. In the past five years, Intel stock has surge more than 40%.

The thing is, though, that despite INTC stock’s appreciation, the company’s valuations remain attractive. At $34.97 apiece, Intel stock has a price-to-earnings (P/E) multiple of 16.41 times, lower than the semiconductor industry’s average P/E multiple of 20.46 times.

As a rock-solid company set to profit from the next big trends in tech, Intel stock is worth taking a look at, even for dividend investors.