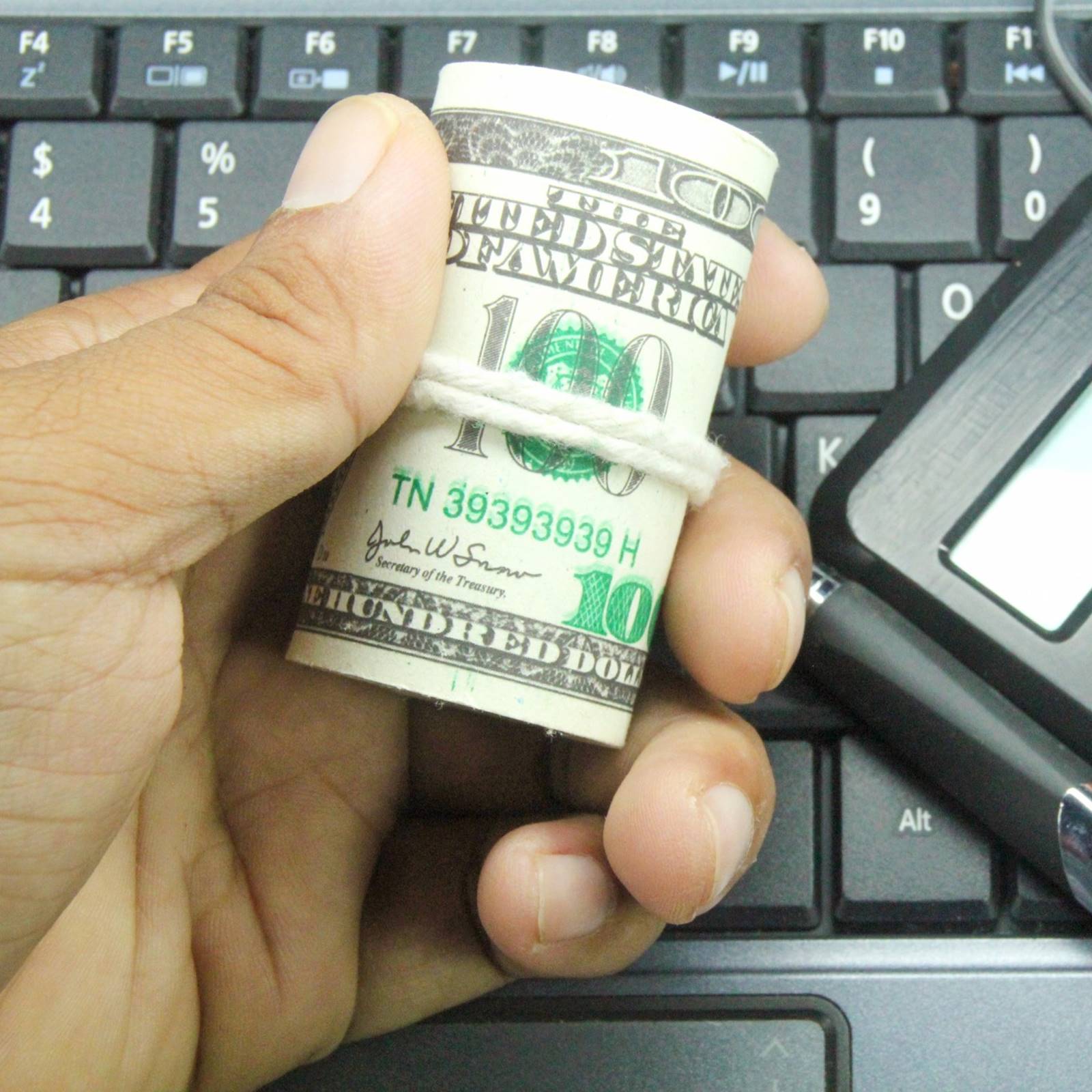 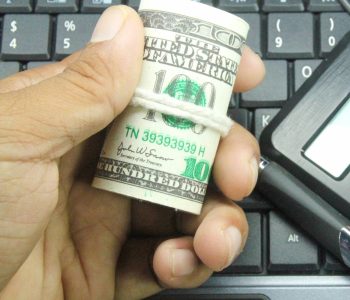 Investing legend Warren Buffett is notorious for buying stocks that provide dividends, but his own company, Berkshire Hathaway Inc. (NYSE:BRK.B), doesn’t pay out dividends. Then there’s Carl Icahn, who, through his eponymous Icahn Enterprises LP (NYSE:IEP), provides shareholders with capital appreciation and ultra-high dividends. Icahn might not have the same cachet as Buffett, but for income hogs, it’s function before fashion.

Through its investment arm, Icahn Enterprises invests in public equity and debt securities and pursues an activist agenda. Some of the companies it has invested in over the years are Apple Inc (NASDAQ:AAPL), eBay Inc (NASDAQ:EBAY), Herbalife Nutrition Ltd (NYSE:HLF), Motorola Solutions Inc (NYSE:MSI), and Xerox Holdings Corp (NASDAQ:XRX).

As of September 30, 2021, the fair market value of Icahn Enterprises LP’s holdings in investment funds was approximately $4.6 billion.

The company operates in the energy sector through CVR Energy, Inc (NYSE:CVI), an independent refiner and marketer of transportation fuels, and CVR Partners LP (NYSE:UAN), a producer and distributor of nitrogen fertilizer products.

Icahn Enterprises LP’s real estate segment is made up of investment properties and the development and sale of single-family homes. It also owns a hotel and timeshare resort in Aruba and a property in Atlantic City, NJ.

Icahn Enterprises operates in the home fashion segment through its wholly owned subsidiary WestPoint Home LLC, which is the company behind the brands “Grand Patrician,” “Luxor,” “Martex,” and “Vellux.”

Icahn Enterprises has a successful history of knowing when to enter and exit businesses.

In 2019, it sold Ferrous Resources for approximately $550.0 million, resulting in a pre‐tax gain of $252.0 million. In 2020, it acquired all of the outstanding common stock of drugmaker Vivus Inc when it emerged from bankruptcy.

Icahn Enterprises stock continues to do well. As of this writing, it’s up by 1.5% year-to-date and five percent year-over-year. 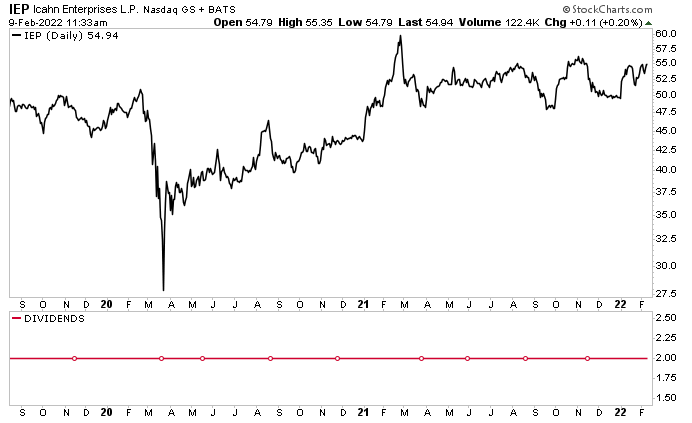 IEP stock is known for providing investors with safe, reliable, ultra-high-yield dividends. On November 1, 2021, Icahn Enterprises LP’s board declared its 66th consecutive quarterly distribution since 2005: $2.00 per unit, for a yield of 14.6%.

The company has increased its dividend roughly eight times since 2005. The last time it increased the dividend was in 2019.

Thanks to the continued success of Icahn Enterprises LP’s investment segment, which generated $375.0 million in the first nine months of 2021, the company has been able to maintain and grow its high-yield distributions.

And if the worst economic crisis in 100 years can’t derail that payout, chances are excellent that Icahn Enterprises will continue to reward buy-and-hold investors with high-yield dividends and not-so-infrequent raises.

The Lowdown on Icahn Enterprises LP

As mentioned earlier, Icahn Enterprises LP is a diversified holding company that rewards investors with long-term growth and a reliable high-yield income.

The company’s outlook is bright. A good sign is that, in 2021, its chair, Carl Icahn, purchased 35.9 million shares of Icahn Enterprises stock for a total purchase price of $1.9 billion.