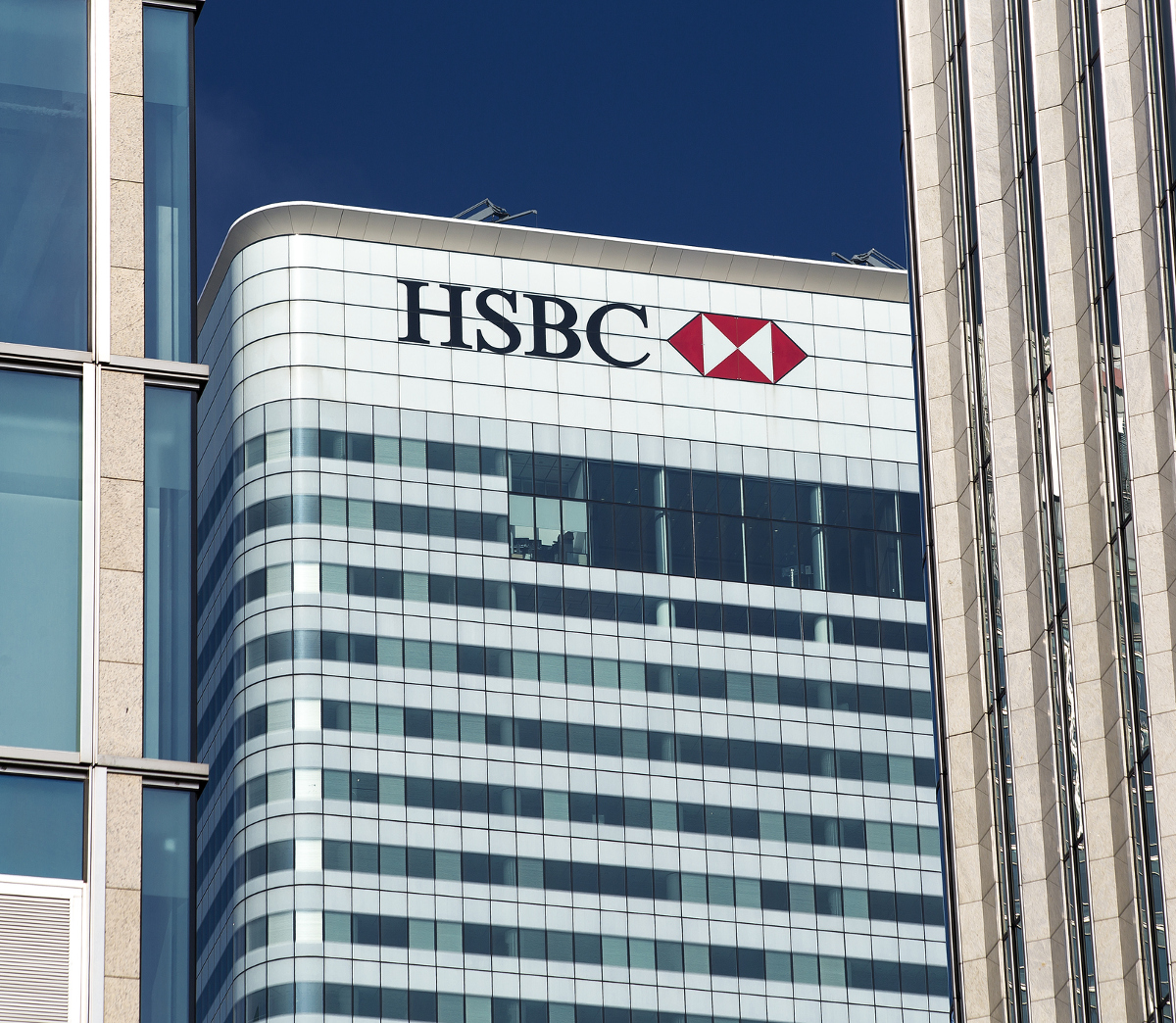 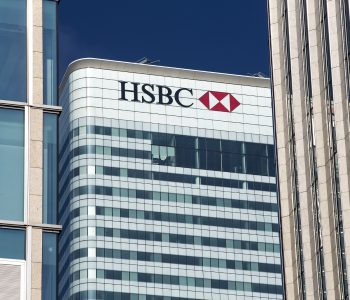 Why HSBC Stock Deserves the Attention of Income Investors

Investors have been in a love-hate relationship with bank stocks. On one hand, banks can be some of the most solid businesses. A well-run financial institution can generate steadily increasing returns for income investors. On the other hand, banks can also be risky. The failure of a large number of banks in the 2007-2008 financial crisis serve as the latest reminder.

Because of what happened in the last financial crisis, investors may have second thoughts about putting their money in bank stocks. And that skepticism has led to the lackluster share price performance of a huge financial institution, HSBC Holdings plc (NYSE:HSBC).

HSBC was first established as The Hongkong and Shanghai Banking Corporation in 1865. Today, it is a multinational bank holding company with 4,000 offices in 70 countries and territories around the world. Headquartered in London, U.K., HSBC is one of the biggest banks in the world with $2.4 trillion in assets.

While the bank is not based in the U.S., American investors can still invest in the company through its American Depository Receipt (ADR) program. HSBC’s American Depository Shares (ADS) trade on the New York Stock Exchange under the ticker symbol HSBC. Each ADS represents five underlying ordinary shares of HSBC Holdings plc.

HSBC stock has been trending up in recent months. But compared to where it was 10 years ago, the stock is still down quite a bit. And since a company’s dividend yield is calculated by dividing its annual per-share payout by its share price, the subdued price level of HSBC stock means its yield is now quite attractive at 5.33%.

Indeed, if you look at HSBC’s American counterparts, you’d see that their yields are much lower. JPMorgan Chase & Co. (NYSE:JPM), Bank of America Corp (NYSE:BAC), and Wells Fargo & Co (NYSE:WFC) are currently the three largest banks in the U.S. by total assets. However, none of them offer a yield higher than three percent.

Compared to other bank holding companies, HSBC is special because of its huge global network. While the company is headquartered in London, it has offices in 70 different countries and territories. These economies are responsible for generating more than 90% of the world’s GDP, trade, and capital flows.

Globalization is one of the major themes in the world economy today. With increasing connectivity and trade flows between different countries, a financial service provider with a leading presence in these countries could see a solid boost in its business. Among the world’s 15 largest goods and services trade corridors forecast for 2030, 11 of them have both sides covered by HSBC’s priority markets. Of the other four trade corridors, HSBC represents at least one side for each of them.

Last year, HSBC’s Global Banking and Markets (GBM) segment earned more than half of its revenue from cross-border transactions. For the entire company, more than 45% of client revenues are generated from individuals and businesses with an international presence. 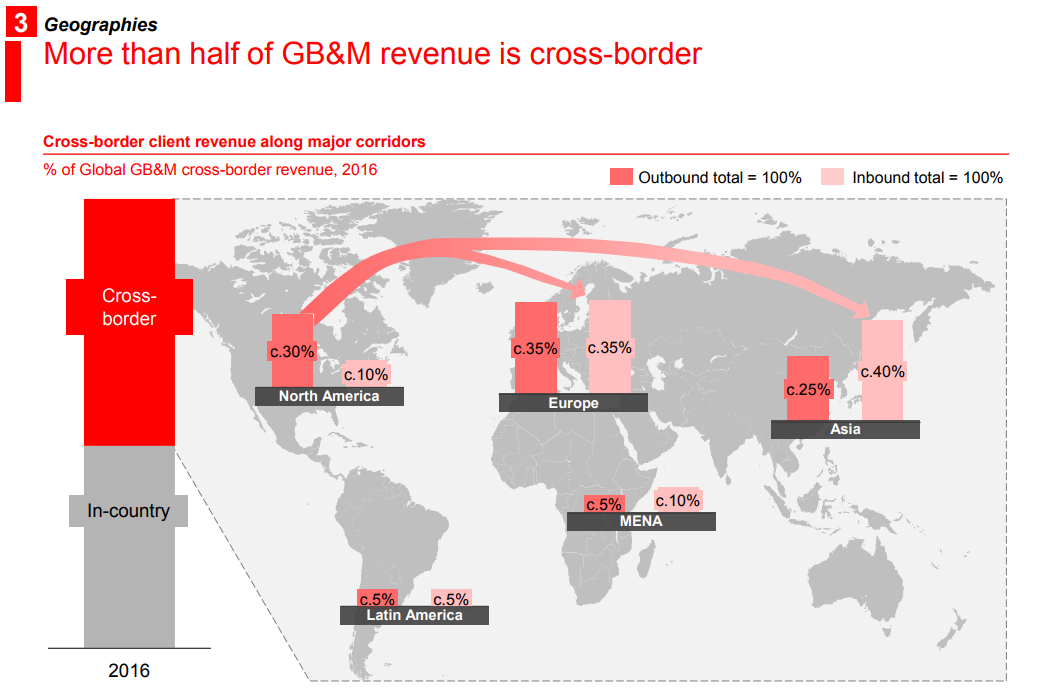 As we saw in the last financial crisis, banks can carry a significant level of risk. Many regional banks with few lines of businesses got deep into trouble.

This is where HSBC stands out. Because of its international operations, the company is well-diversified geographically. It is unlikely that a downturn in a specific region will do too much damage to the entire bank’s financials.

The company also has a huge client base and offers a wide range of products and services. HSBC operates through four global business segments: Retail Banking and Wealth Management, Commercial Banking, Global banking and Markets, and Global Private Banking. Combined, the company serves more than 37-million customers. The level of diversification achieved with HSBC’s scale and scope is key to managing its risk.

HSBC’s willingness to return value to shareholders is reflected in its dividend paying schedule.

Investors familiar with U.K.-based dividend stocks would know that these companies usually issue two dividend payments in a year: an interim dividend and a final dividend.

HSBC, on the other hand, pays dividends on a quarterly basis and has been doing so since 2004. The pattern is usually three equal payments, followed by a variable fourth payment depending on its business conditions. Since 2009, HSBC’s final dividend for each year has been larger than its first three payments. (Source: “Dividend History,” HSBC Holding plc, last accessed July 21, 2017.) 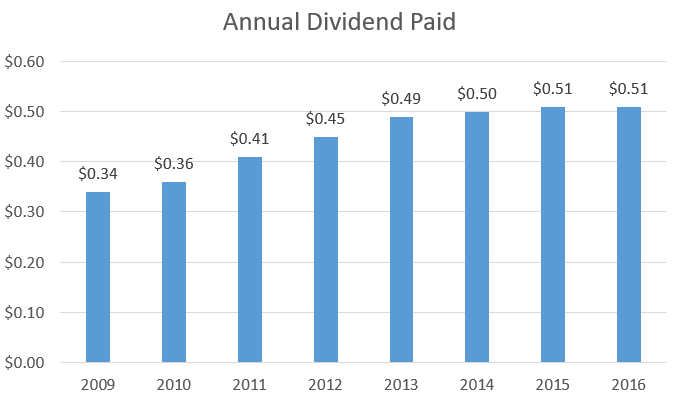 Last year, HSBC paid total dividends of $0.51 per ordinary share. With its ADS program, that translates to $2.55 per ADS. At the current price, HSBC stock has an annual dividend yield of 5.33%.

For investors looking for a solid bank stock but don’t want to settle for a two-percent yield, HSBC stock is one of the few names worth considering.