https://www.incomeinvestors.com/how-to-make-energy-companies-pay-for-your-gasoline/42100/ How to Make Energy Companies "Pay" for Your Gasoline Robert Baillieul, B.Comm. Income Investors 2018-08-09T08:10:37Z 2018-08-24 09:47:42 master limited partnerships MLPs oil companies oil dividends oil stocks gasoline prices Gas prices are on the rise, and that trend doesn't look to be stopping anytime soon. Here's how to get back at the oil companies. Dividend Stocks https://www.incomeinvestors.com/wp-content/uploads/2018/08/oil-stock-dividends-with-MLPs-150x150.jpg 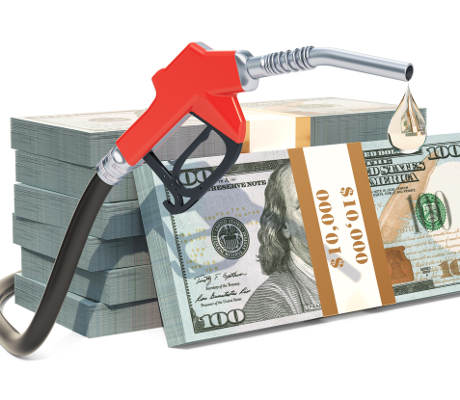 How to Make Energy Companies “Pay” for Your Gasoline 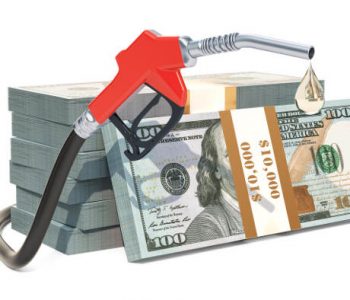 U.S. drivers are paying the highest prices to fill up their gas tanks in four years, and some analysts see this problem only getting worse.

The national average for gas prices spiked to over $2.90 per gallon this week, according to GasBuddy. In some parts of the country, prices at the pump have hit as high as $3.60 per gallon. (Source: “Gas Price Map,” GasBuddy, LLC, last accessed August 8, 2018.)

And this could just be the beginning. Energy Aspects Ltd chief oil analyst Amrita Sen predicts oil prices could surge to over $90.00 per barrel on Iranian energy sanctions. If that prediction plays out, it would spell a lot more pain for American drivers later this year. (Source: “US Sanctions Could Push Oil Prices Beyond $90,” Financial Tribune, August 7, 2018.)

For most of us, higher gas prices take a pretty big bite out of our budgets. But if you’re tired of paying an arm and a leg at the pump, I have a solution to get “Big Oil” to pay for all, or at least some, of your gasoline bill.

Last month, I spent over $50.00 on gasoline. It’s not the biggest item in my budget, but it adds up. Needless to say, I’d rather keep that cash in my own wallet rather than line the pockets of oil companies.

I’ve managed to recoup some of the money I’ve paid at the gas station, however, by investing in the energy industry. Over the years, I’ve quietly accumulated investments in a number of energy companies. With the dividends paid out to my portfolio, I can effectively drive each month for free.

How much you need to invest will depend on how much driving you do. Let’s say you drive a large vehicle and fill up a few times a month. In that case, your monthly gas bill would probably come out to $100.00. In order to cover your yearly bill, you would expect to invest between $15,000 and $20,000.

That sounds like a big amount, but the results are definitely worth it. You get a certain satisfaction when Big Oil lets you effectively drive around for free. And even if you can’t afford that full amount upfront, a smaller investment will still offset a big part of your gasoline bill.

The trick to minimizing your up-front investment is to stick to master limited partnerships (MLPs). Thanks to a loophole created by Congress in the 1980s, MLPs pay no corporate income taxes. But in exchange for this benefit, they’re required by law to pay out most of their income to investors.

It’s not uncommon to find MLPs paying out yields ranging from 10% to as high as 21%. Firms specialize in a number of different energy businesses, from oil wells and refineries to pipelines and storage facilities. And as a group, their distributions tend to match the prices drivers pay for gasoline at the pump. I’ve highlighted a few of my favorites in the below table.

Pipeline partnerships have long provided reliable income streams. These businesses own the network of steel tubes crisscrossing the country which transport oil and natural gas from wellheads to refineries. Given that the volume of crude oil produced nationwide stays rather consistent from year to year, these cash flows roll in like clockwork.

Refineries like CVR Refining LP  tend to be a bit more volatile. They earn their profit on the spread between crude oil and gasoline prices. Because gasoline demand nationwide isn’t growing, these firms tend to milk their operations for ongoing cash flow. That has resulted in outsized yields for shareholders.

Oil well royalty trusts make for the riskiest investments. Their income streams rise and fall with energy prices, sometimes substantially. But if you’re using MLPs as a hedge against rising gas prices, this is actually an attractive feature.

My approach has always been to own a basket of different stocks from various industries. That way, you won’t find your income stream drying up if one company gets into trouble. But after accumulating a few of these names, the income can really start to add up.

Ultimately, dividends aren’t just for retirees. Buying income stocks with a specific goal in mind, such as offsetting gas prices, can really pad your household budget. And when those dividend checks start rolling in, it certainly makes it easier to stomach the rising prices at the pump.