https://www.incomeinvestors.com/how-to-calculate-a-price-to-earnings-ratio-pe-ratio/17157/ How to Calculate a Price-to-Earnings Ratio (P/E Ratio) Jing Pan, B.Sc., MA Income Investors 2017-03-23T06:00:52Z 2017-03-28 06:03:30 price to earnings ratio P/E ratio P/E PE ratio how to calculate PE ratio P/E ratio formula with example PE ratio definition negative P/E ratio what is a good P/E ratio In this article, we will take an in-depth look at the price to earnings ratio, answer questions like how to calculate P/E ratio, and its uses and limitations. Dividend Stocks,News https://www.incomeinvestors.com/wp-content/uploads/2017/03/Price-to-Earning-ratio-150x150.jpg 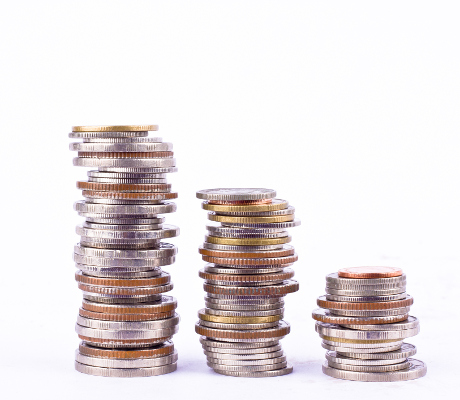 How to Calculate a Price-to-Earnings Ratio (P/E Ratio) 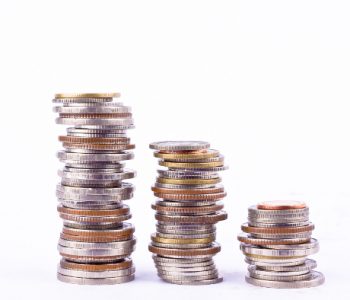 How to Calculate P/E Ratio

What is a P/E Ratio and How is it Used?

As the name suggests, the price-to-earnings ratio is the ratio of a company’s current stock price to its per-share earnings. By calculating a company’s P/E ratio, an investor learns how much they are paying for one dollar of the company’s earnings. The P/E ratio is commonly used for a quick comparison between two stocks to see how the market values them.

How is PE ratio calculated? Here’s the simple formula:

Note that most of the time, the EPS figure used in price-to-earnings calculations is the earnings per share (EPS) the company generated in the last four quarters.

As you can see, calculating a company’s P/E multiple is quite straightforward. But what does “price-to-earnings” mean?

Well, a P/E ratio of 21.54 means that if an investor purchases shares of Johnson & Johnson right now, they would be paying $21.54 per share for each dollar of the company’s earnings per share. To see whether this is an expensive number, let’s compare Johnson & Johnson’s P/E multiple to that of its competitors.

Today’s Johnson & Johnson sells a wide variety of products, but pharmaceuticals remain its biggest segment. There are many companies in the pharmaceutical industry. JNJ’s direct competitors include Pfizer Inc. (NYSE:PFE) and Novartis AG (NYSE:NVS), among others. By using the same calculation method, or by checking financial web sites such as Yahoo! Finance, we find that Pfizer has a P/E ratio of 29.59 and Novartis has a ratio of 26.88. Therefore, with a P/E multiple of 21.54, Johnson & Johnson stock appears to be cheaper than both Pfizer and Novartis in terms of EPS in the past four quarters.

Investors may also want to compare a company’s P/E multiple to the industry’s average. In Johnson & Johnson’s case, the healthcare sector has an average P/E ratio of 46.58, while the major drug manufacturers industry has an average P/E of 20.20.

So we have learned how to calculate a company’s price-to -arnings ratio and how to compare it with other companies and industry averages. Now, let’s take a look at some of the variations.

Since the P/E ratio formula contains only two inputs, and one of them is the stock’s market price, variations of the P/E multiple only involve earnings per share.

The formula we just described uses a company’s net income per share for the past four quarters, so the P/E ratio calculated this way is also known as the trailing P/E. Since past performance does not guarantee future results, stock market investors are forward-looking. Therefore, when it comes to valuation metrics, it makes sense to have a price-to-earnings multiple that looks ahead.

What is a Forward Price-to-Earnings Ratio?

Therefore, Johnson & Johnson has a forward P/E of 18.22, meaning that if an investor purchases JNJ stock today, they would be paying $18.22 for $1.00 of the company’s forecasted EPS.

As I said, since the stock market is forward-looking, using a company’s forward P/E seems to make more sense as an investor. However, this metric is also riskier to use compared to the basic price-to-earnings multiple. This is because the EPS figure used in forward P/E calculations is an estimate. And as good as the estimates are, companies can easily beat or miss the estimate.

There is another variation to P/E ratio calculation that uses a combination approach. Instead of using trailing EPS or forward EPS, this method uses the sum of reported company earnings for the past six months and estimated earnings for the next six months. Some people calls this variation the “current P/E,” but it is not to be confused with “basic P/E,” which uses EPS for the past four quarters.

Is it Possible for a Company to Have a Negative P/E Ratio?

By examining the P/E ratio formula, we can see that there are only two ways for a company’s price-to-earnings multiple to have a negative value: either the numerator falls below zero, or the denominator falls below zero. Since the numerator is the company’s stock price, it cannot fall below zero. However, the denominator, which is earnings per share, can become negative. This happens when a company is losing money and reports a loss per share rather than EPS.

What is a Good P/E Ratio?

This is perhaps the most important question when it comes to price-to-earnings ratios: after calculating a company’s P/E ratio, how do you know if it’s a good investment opportunity?

Generally speaking, a low P/E ratio means that an investor needs to pay a low amount for each dollar of earnings made by the company. However, companies with lower P/E ratios are not always the best bet. This is because the P/E ratio only takes into account a company’s price and EPS. In reality, there are a lot more factors that can affect a company’s valuation by the stock market. The most important factor to take into account when using the P/E ratio is a company’s growth potential.

The goal of value investing is to find stocks that trade at a lower price compared to the fundamentals such as revenue, earnings, and dividends. However, very often, investors are willing to pay a premium for companies with high growth potential. So when a company commands a high P/E ratio, it could simply mean that the market is expecting big returns in the future. On the other hand, if investors believe that a company is headed for trouble and don’t want to hold the stock in their portfolio, it could lead to a low ratio for the company relative to its peers.

Fortunately, there is a valuation metric that takes into account a company’s growth rate. It is called the price to earnings to growth ratio, or PEG ratio. Basically, it takes a stock’s price to earnings ratio, and then dividend it by the growth rate of its earnings for a specified time period. Because the PEG ratio is a valuation metric that takes a company’s earnings growth into account, it is considered to provide a more complete picture than the basic P/E ratio.

The answer to “What is a good P/E ratio?” also differs across industries. For instance, technology stocks tend to have higher price-to-earnings multiples than utility stocks. This is in part due to the growth potential of companies in those industries. Many utility companies are well-established and are not expected to deliver abnormally high growth, so investors are not willing to pay too much for them. In the tech sector, there are early-stage companies that are growing rapidly. Investors expect them to keep growing at an impressive pace and, as a result, they often have higher P/E ratios.

And then there’s the changes to the stock market’s average P/E ratio over the years. In the past 100 years, the average P/E ratio for the S&P 500 Index has ranged from 5.31 in December 1917 to 123.73 in May 2009. Therefore, a P/E ratio that’s considered “good” 10 years ago may not be considered “good” today. For instance, Benjamin Graham, who is widely known as the “father of value investing,” had a strategy that involves, among other things, a price to earnings ratio cutoff of 10. Back then, it was possible to find companies with solid growth prospects that traded at below 10 times their earnings. Today, the average P/E ratio of S&P 500 is at 26.31. There are still solid companies with single-digit P/E multiples, but many of the companies that are considered value stocks today trade at more than 10 times their earnings.

Final Thoughts On the Price-to-Earnings Ratio

So there is no “perfect” price-to-earnings ratio. Still, despite its limitations, the P/E ratio remains the most popular valuation metric used by both institutional investors and retail investors. It’s just that when using this metric, investors should also take into account other factors, such as the company’s growth rate, its industry segment, the direct competitors, and the overall market condition.

The price to earnings ratio is just one of the many things that can help income investors make investment decisions.