https://www.incomeinvestors.com/how-retire-with-no-money/55451/ How to Retire With No Money Robert Baillieul, B.Comm. Income Investors 2020-02-19T07:00:42Z 2020-02-19 06:37:37 retire with no money retirement Can you really retire with no money? A little-known book from the 1950s reveals a step-by-step guide on how to retire with little or no savings. Dividend Stocks,Retirement https://www.incomeinvestors.com/wp-content/uploads/2020/02/happy-retirement-PH7ZLHH-150x150.jpg

How to Retire With No Money 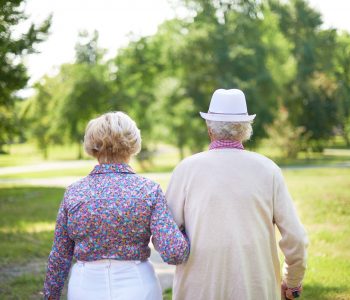 I know from speaking with hundreds of Americans that virtually all of them worry about having enough money saved for retirement.

And many of them have good reason to be worried. A recent survey by TD Ameritrade found that more than a quarter of people aged 60 to 69 have less than $50,000 in retirement savings. One in three respondents in this age group described Social Security as a crucial lifeline to keep them financially afloat. (Source: “Road to Retirement Survey: Evolving timelines, Expectations and Investments,” TD Ameritrade, last accessed February 18, 2020.)

If you’re in this group, you’re in a tough spot—there’s no way to sugarcoat it. You may be beating yourself up for not taking action sooner. The thought of trying to retire with no money keeps people awake at night, eyes wide open, staring up at the ceiling.

In 1958, science fiction writer Bob Belmont published a modest little book called How to Retire Without Money. You likely won’t find a copy in your local library or Barnes & Noble. I stumbled across a dusty, crinkled edition at a flea market. But given the price tag—$2.00—it ranks as one of the best investments I have ever made.

Admittedly, Belmont exaggerates a little in the book’s over-the-top title.

Inside the book, he doesn’t argue for a retirement of loafing in front of the television. He also doesn’t call for leaving the workplace with no money saved whatsoever. Instead, Belmont lays out a philosophy of a productive and fulfilling post-career life that will likely resonate with today’s generation of retirees.

So what does Belmont suggest?

He outlines five key points for a frugal retirement, many of which ring as true now as they did in 1958.

Belmont spends much of his book on the issue of location. Where you decide to live can make the difference between having a comfortable retirement and struggling to get by.

He asks his readers to consider some unconventional options: houseboats, trailers, small farms, etc. The book also explores less-costly cities, which Belmont dubbed “bargain paradises” in the U.S. and overseas, from the Florida Keys and the Ozarks to places in Mexico and southern France.

In fairness, you can no longer call many of Belmont’s paradises “bargains.” The median house price in the Florida Keys, for instance, now stands at almost $700,000. But his point about housing costs remains valid. If you can cut your overhead expenses, you don’t need a big nest egg.

Fortunately, retirees today still have many options to choose from. In the U.S., you can still find bargain paradises in low-cost cities in Texas, Florida, Utah, Nevada, and the Carolinas. The more adventurous can slash their medical and living expenses by moving abroad. A simple Google search for “best places to retire” will reveal hundreds of ideas.

The traditional retirement, for lack of a better word, sucks.

Many people live their golden years isolated from the working world, lounging at the pool, watching endless television reruns, or participating in the neighborhood lawn bowling league.

Those activities are fine in moderation, but if you take leisure to an extreme, then you have a recipe for depression. We are, unfortunately, beasts of burden. Many of us need some kind of employment to find meaning and gratification in life.

Take inventory of your talents and hobbies. Could you turn any of your activities into a money-earning side hustle or small business?

Or maybe you love to write. My favorite financial columnist, Jonathan Chevreau, supplements his income by writing a blog: Financial Independence Hub.

Part-time work in retirement has another benefit: income.

Say you earned an extra $500.00 or $1,000 a month. That would likely make a big difference in hatching your corporate escape plan. On top of pension income and Social Security, that would likely be enough to fund a modest retirement for many people.

Listen, you don’t need piles of money to retire. But you shouldn’t start the process broke, either.

Belmont suggests one year of what I’ll describe as feverish frugality.

Stop eating out, stop buying a morning latte, and stop wearing brand-name clothes. Sell the big home, get a small apartment, and pocket the difference. Trade in the “Bel Air” convertible sitting in the driveway (which nowadays is more likely to be a BMW) for something more affordable.

“Make a hobby of saving money,” explains Belmont. “When you realize that your goal is retirement, a complete escape from this rat-race which has driven you to desperation, you’ll find that a year’s time devoted to building up a basic amount of capital with which to get started, can actually be fun.”

This one-year experiment has two benefits. First—and perhaps most obviously—it will provide you with the savings necessary to bankroll your retirement. Second, it eases you into the frugal mindset.

Many people fail financially in their post-work years because they maintain the same money habits as in their working years. But by easing into a new lifestyle beforehand, you boost your chances of success.

Get Out of Debt

Belmont provides candid and unambiguous advice on debt: avoid it.

According to a 2015 Pew Research report, 47% of baby boomers had mortgage debt, 41% had credit card debt, 35% had car payments, and 13% had school loans. Imagine how little money you’d need each month if you didn’t have any debt payments! (Source: “The Complex Story of American Debt: Liabilities in family balance sheets,” The Pew Research Foundation, July 2015.)

“By whatever means it takes, get rid of it,” Belmont tells readers. “If things are such that it will take a year for you to get free of your present debts, even by cutting every corner, then postpone retiring until you are free of them.”

One key theme echoes throughout Belmont’s book on how to retire with no money: don’t wait too long.

If you’re 65 today, you can expect to live to about the age of 85. That means those leaving the workforce at this traditional milestone will enjoy, on average, 20 years of retirement. (Source: “Benefits Planner | Life Expectancy,” Social Security, last accessed February 18, 2020.)

And they will only be healthy enough in a handful of those years to enjoy their time to the fullest.

Listen, no magic formula will instantly manifest a multi-million-dollar nest egg. But while starting late in the game isn’t ideal, you still have options.

With some savvy planning, a written-out budget, and a new, positive outlook, you can retire even if you have no money right now.