https://www.incomeinvestors.com/how-make-lot-money-after-coronavirus-crisis/56290/ How to Make a Lot of Money After the Coronavirus Crisis Robert Baillieul, B.Comm. Income Investors 2020-06-26T08:00:31Z 2020-06-29 09:25:54 The next few years could represent one of the greatest opportunities to invest in dividend stocks. Here's why that's the case. Dividend Stocks https://www.incomeinvestors.com/wp-content/uploads/2020/06/Dividend-Stocks-How-to-Make-a-Lot-of-Money-After-the-Coronavirus-Crisis-150x150.jpg 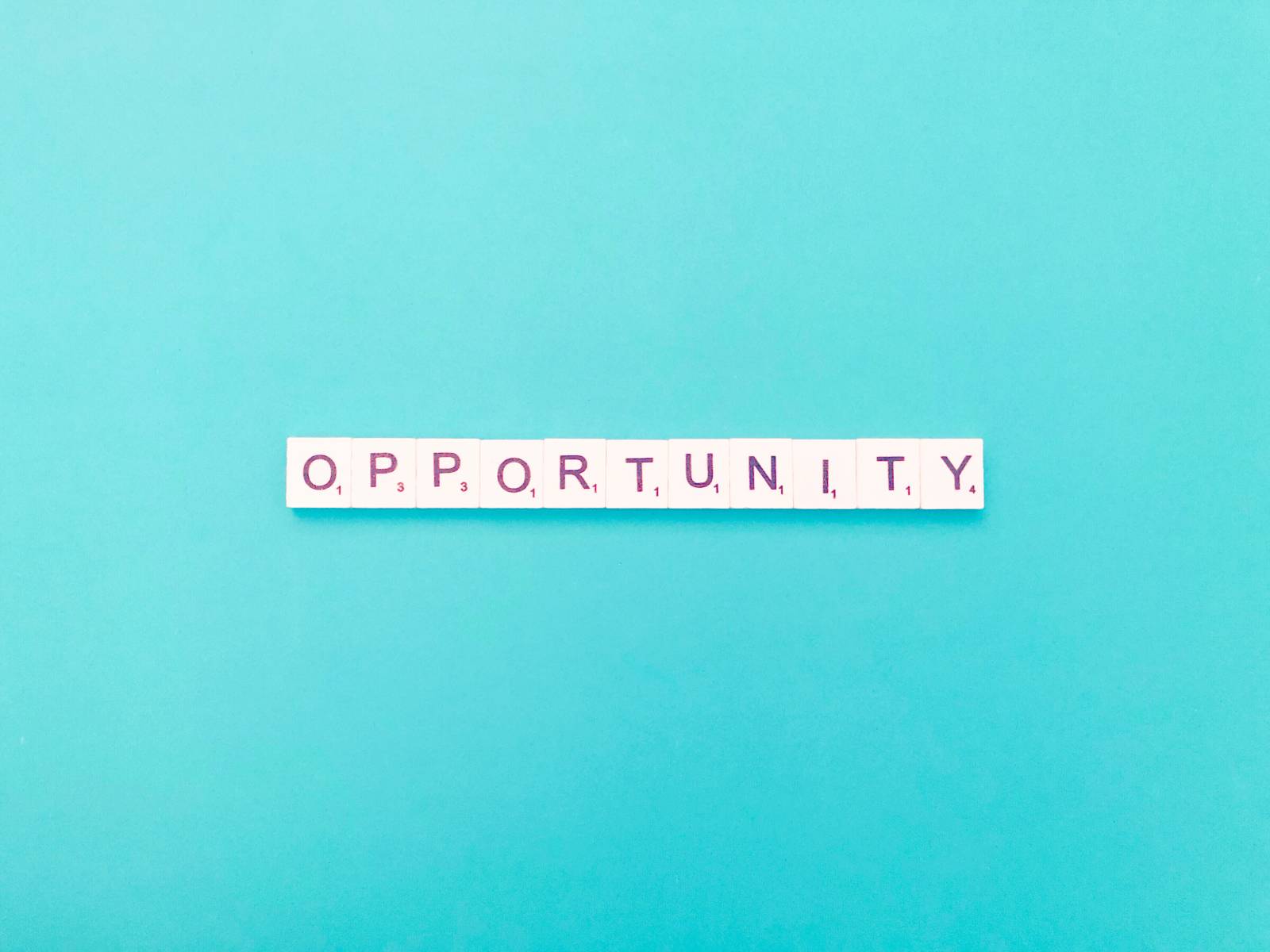 How to Make a Lot of Money After the Coronavirus Crisis 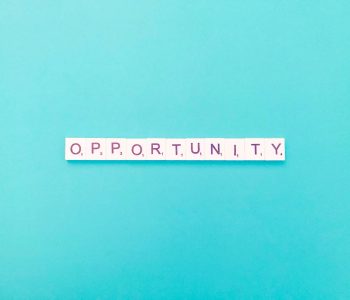 These Dividend Stocks Could Soar After the COVID-19 Crisis

The next few months will be a ride.

The federal ban on evictions expires by the end of July. Furthermore, government officials plan to roll back unemployment benefits for laid-off workers around the same time. The one-two combination, some poverty advocates fear, could trigger a wave of evictions and personal bankruptcies.

All of which means bad news for investors, who stand at the back of the line to get paid in the case of liquidation.

Based on announcements to date, dividend payouts to shareholders worldwide will drop by 15% from 2019 to $1.2 trillion. Yet asset manager Janus Henderson predicts that distributions will plunge by a jaw-dropping 35% when everything is said and done. This would surpass the 30% drop that investors suffered during the Great Recession of 2008. (Source: “Dividends have disappeared this year. Will they ever come back?,” CNN Business, May 17, 2020.)

Then again, who would have predicted in January a global pandemic with double-digit unemployment and a stock market crash that rivaled 1929?

So it’s no surprise that many people want to throw in the towel on this whole investing thing. How can anyone make money when they can’t see what’s coming in the next two weeks, let alone the next two decades?

Here’s the thing: the next few years could represent one of the greatest investment opportunities of our lifetimes.

To be clear, I don’t feel comfortable cheering when I can see so much suffering right outside my window. But those making the right moves now could earn a fortune in the months ahead. And today, I want to give you the playbook to take advantage of this opportunity.

I sometimes think of a bull market as a Navy SEAL boot camp filled with elite soldiers. Our job resembles that of a drill sergeant, weeding out the also-rans and the weak recruits. Through a grueling process of elimination, only the strongest companies with the best prospects will earn a spot in a portfolio.

But when a bear market hits, the camp resembles a field hospital after a battle. You see soldiers packed in, with everything from concussions and gunshot wounds to burns and sprained ankles. Each dividend stock appears injured, but the downturn has roughed up some names worse than others.

Our job then becomes that of a financial medic. We have to diagnose each soldier and provide a prognosis.

You don’t often see the champions of the previous boom leading the market higher again. If a stock has dropped from $100.00 to $10.00, it will almost certainly take a long time to rebound. The excessive capital invested during the boom leads to a supply glut, which can put a cap on profits for years to come.

These stocks resemble the soldiers with broken legs or torn ligaments. It will take a period of rehabilitation before they can lead the market higher again.

Take the dotcom bust, for instance. After leading the market higher in the 1990s, technology stocks lagged for much of the early 2000s.

Bloated Silicon Valley firms endured a decade of cutbacks, layoffs, and downsizing. And shareholders took their investment dollars to industries that offered better returns, like housing and energy.

Recessions, however, give you a sneak peek at the winners in the next business cycle. During these periods, you’ll see some names stubbornly hold their ground.

Of course, they still give up points. But while the general market drops easily, you can almost feel these names resisting the broader trend.

The reason is obvious. Even in a bad market, capital continues to flow into companies and industries that have good prospects. Investors follow earnings growth like a pack of tigers to a T-bone steak.

And the companies with these characteristics, more often than not, lead the way during the next bull run. As the weight of the bear market lifts, these stocks shoot higher in an explosive fashion.

Once again, we can turn to the dotcom bust to see this phenomenon in action. During the 2000/2002 downturn, homebuilder KB Home (NYSE:KBH) seemed to hold stubbornly close to its all-time high.

Investors could see the boom starting to play out in the real estate industry. That would eventually result in a torrent of dividends and buybacks paid out to shareholders. And once the bear market lifted, shares shot up almost threefold in value.

And homebuilders weren’t the only stocks holding up through the dotcom bust. During this period, industries like energy, mining, and agriculture kept making 52-week highs. Or at least they seemed to resist the broader market sell-off.

It should come as no shock, therefore, to see that names like Suncor Energy Inc. (NYSE:SU), Rio Tinto Group, and Potash Corporation of Saskatchewan Inc. all posted triple-digit gains over the next few years.

The key is where and when these opportunities occur.

You don’t make the big money during a boom when everyone is throwing money into the market. Instead, the real opportunity occurs during the corrections. Or more specifically, in the transition period from the bust to the boom.

That’s why I never get discouraged or give up on the stock market’s potential in a downturn. The investment opportunity of a lifetime, the kind that can create “generational wealth,” may be just around the corner.

Now, by this point, you might be thinking, “Way to go there, Rob. You’re not the only one who can pick winners 10 years after the fact. But what I really want to know is which stocks and industries will lead the market during the next business cycle.”

As I mentioned above, history shows that the stocks that hold up best in a bear market often lead the market higher in the next cycle. Investors see these industries as having robust growth prospects, and capital continues to move into these companies. So, if you want a playbook as to where to invest post-COVID-19, it pays to study the 52-week high list.

These companies own sprawling warehouses where companies can lease space to store their data servers. With the size of our digital universe growing exponentially each year, demand for data center space continues to increase in lock-step.

Railroads are another surprising winner.

Yes, a COVID-19-induced recession has clipped their revenues. Rail companies, however, have managed to reign in their expenses by streamlining their operations.

By moving more cargo with fewer railcars and ensuring that grass never grows beneath the wheels, the industry has kept losses to a minimum. And these cost-saving measures will likely result in explosive profit growth when the economy opens back up. So it makes sense to see names like CSX Corporation (NASDAQ:CSX), Kansas City Southern (NYSE:KSU), and Union Pacific Corporation (NYSE:UNP) nearing fresh all-time highs.

With the coming rollout of 5G mobile technology, carriers have spent billions of dollars beefing up their networks. Much of that investment involves adding thousands of broadcasting sites across the country.

For cell tower landlords like American Tower Corp (NYSE:AMT) and Crown Castle International Corp (NYSE:CCI), the rush for space has pushed up rents at their existing properties. And by extension, this has boosted distributions for unitholders.

Finally, investors will want to keep an eye on anything related to the emerging, multi-trillion-dollar trend called the “Internet of Things,” involving the connection of everyday devices to the Web, such as cars, factories, and streetlights.

Specifically, I’m watching long-time dividend stock investor favorite Texas Instruments Incorporated (NASDAQ:TXN). This company makes the sensors that connect physical objects to the Internet, in addition to other products and services like their famous calculators.

Analysts project that this business will post robust growth over the next decade, which will likely mean growing dividends for shareholders. As such, it’s no surprise to see that Texas Instruments shares have held up just fine over the past few months.

On the other hand, few of the leaders in the last cycle looked poised to return to the podium in the next boom.

A wave of overindebted companies look poised to declare bankruptcy. Investors who paid tech-stock multiples for glorified farms will likely lose their shirts.

In certain parts of the country, some oil companies can’t give their product away. Don’t be shocked to see a wave of layoffs, bankruptcies, and dividend cuts from the oil patch in the coming months.

Bottom line: pandemics are scary. The fallout will be worse. And we’re not out of the woods yet.

But they’re temporary. They pass. The government has put the economy in an induced coma, but it hasn’t killed the patient. And once business opens up, the optimists who make the right moves now could make a fortune later.