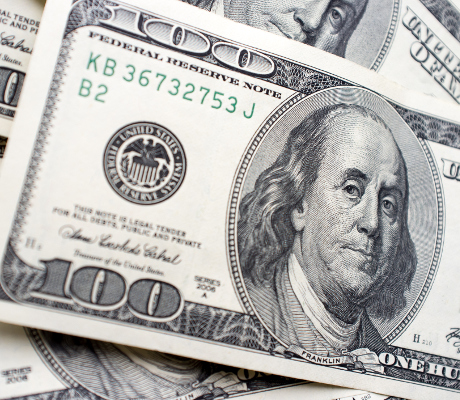 How Income Investors Can Find Value in Today’s Stock Market 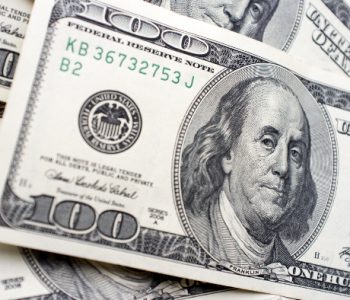 During this period, the market also showed incredible stability, which is not really something it’s been known for. In January and February of 2017, there was not a single day in which the S&P 500 has closed up or down one percent. This is the first time the index has shown such stability since 1966.

One of the reasons behind the recent gains in the U.S. stock market was a cheerful earnings season. Among the companies that reported, the majority were able to beat Wall Street’s expectations.

Worldwide, things have been going quite smoothly as well. The U.K’s FTSE 100 Index climbed 2.5% in the first two months of 2017, the MSCI Europe ex U.K. Index went up by 2.4%, Japan’s Total Stock Price Index increased 1.2%, and the MSCI Asia ex Japan Index saw an impressive 7.4% gain during this period.

The economic outlook has also improved, as least according to central bankers. The Bank of Japan increased growth expectations for the next two years, citing higher factory output and strong external demand. The Bank of England now expects the U.K. economy to grow by two percent in 2017, up from last November’s forecast of 1.4%. In the U.S., the latest report from the Department of Commerce suggests that gross domestic product (GDP) rose at a 1.9% annual rate in the fourth quarter of 2016. Solid economic growth has led to hawkish statements from several prominent Federal Reserve officials. This has caused market participants’ expectation of a rate hike in March to more than double to over 80% ,according to the CME Group. (Source: “Countdown to the FOMC,” CME Group, last accessed March 12, 2017.)

The well-being of an economy is of critical importance to its stock market. If output grows, chances are business is booming and companies are making more profits. Higher earnings could translate to higher stock prices at a given valuation. Throughout history, periods of fast economic growth are often associated with impressive gains in the stock market.

However, valuations haven’t really stayed the same. For instance, the Shiller P/E, a cyclically adjusted price to earnings ratio of S&P 500 companies, is now at 29.20, which is much higher than its historical average of 16.73. The highest this valuation metric has been was 44.19 in 1999. (Source: “Shiller PE Ratio,” Multpl.com, last accessed March 12, 2017.)

Higher valuations wouldn’t be that much of an issue for income investors if dividend yields stayed the same, but that wasn’t the case either. You see, the historical dividend yield of the S&P 500 was 4.38%; today, it is at a measly 1.93%, not even half of the historical mean. What this means is that investors today have to pay more not just for each dollar of a company’s earnings, but also for each dollar of its dividends.

So, how can income investors find value in today’s stock market?

Well, going over the different valuation metrics is certainly a good way to start. But since a company’s stock price is the common factor in both valuation and dividend yield, finding blue-chip companies with high dividend yield could be rewarding for value seeking investors as well.

The key to note here is finding blue-chip companies, not just any company. This is because if you were to use just the dividend yield as the screener, you would find companies with abnormally high yields, like 20%+. However, the reason why they yield so high is often that investors don’t believe their payout is sustainable. As long-term investors, companies with ultra-high yields but no dividend durability would not be the best fit for the portfolio.

That’s why when using the dividend yield as a metric, it’s of utmost important to limit the scope to just blue-chip companies. Blue-chip companies are well established; they have a national reputation for quality and reliability and are known to operate profitably, even during economic downturns. A high dividend yield on a blue-chip company often means that it is temporarily out of favor. Once the market warms up to it again, there could be sizable returns on top of its handsome dividends.

A good example of a blue-chip name with relatively high yield is Verizon Communications Inc. (NYSE:VZ, $49.98). Verizon is one of the largest wireless carriers in the U.S. The company runs a rock-solid business in part because the industry has extremely high barriers to entry. If you include its history before the merger of Bell Atlantic and GTE, you’d see that the company has paid steady or increasing dividends for more than 30 years.

Trading at $49.98 apiece, Verizon stock has an annual dividend yield of 4.62%. This makes it the highest-yielding stock among the 30 companies included in the Dow Jones Industrial Average.

Unsurprisingly, Verizon stock hasn’t been a market favorite, having slipped 4.2% in the past 12 months. One consequence of being temporarily out of favor is that its valuation looks quite attractive. Verizon stock has a price-to-earnings multiple of 15.56, which is lower than all three of its main rivals: AT&T Inc. (NYSE:T, $41.96), T-Mobile US (NASDAQ:TMUS, $62.79), and Sprint Corp (NYSE:S, $8.78).

The point I’m trying to make here is that value-seeking income investors can start with high-yield blue-chip stocks. To have a balanced dividend portfolio, a lot more work will need to be done. Quite often, markets are efficient. If a company has great dividend growth potential, chances are investors are willing to pay a premium for it and the stock won’t be cheap. Like most financial decisions we make, income investing involves finding a balance between current payout and future returns.