https://www.incomeinvestors.com/how-a-secretary-made-8-2-million-in-the-stock-market/40043/ How a Secretary Made $8.2 Million in the Stock Market Robert Baillieul, B.Comm. Income Investors 2018-06-11T08:00:42Z 2018-06-13 10:10:26 lessons from stock investors stock market investment secret millionaires dividend stocks dividend paying stocks Many individuals have managed to acquire vast wealth without anyone being the wiser. Here is what we can learn from these "secret millionaires." Dividend Stocks,News https://www.incomeinvestors.com/wp-content/uploads/2018/06/stock-market-investments-150x150.jpg 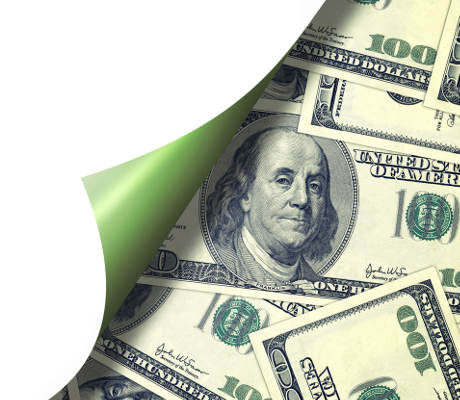 How a Secretary Made $8.2 Million in the Stock Market 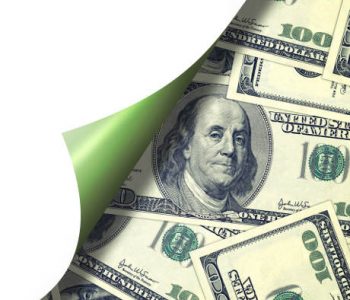 In May, The New York Times published a profile on an unassuming woman named Sylvia Bloom. The 96-year-old, who passed away in 2016, had spent 67 years working as a legal secretary for a Wall Street law firm and lived a quiet life in Brooklyn.

But Bloom, the child of eastern European immigrants, kept a secret from friends and relatives. Despite a modest salary, she had become a wealthy, self-made woman. A woman who, in death, established herself as one of the largest philanthropists in the community.

It was an “oh my God moment,” said niece Jane Lockshin, the executor of Bloom’s estate. “I realized she had millions and she had never mentioned a word. I don’t think she thought it was anybody’s business but her own.”

Relatives only learned of Bloom’s hidden fortune after she passed away in 2016. She left a $6.2-million donation to the Henry Street Settlement, a non-profit organization that provides an array of education, housing, and other community services. Her estate also left  $2.0 million to be split between Hunter College and another scholarship fund to be announced. (Source: “96-Year-Old Secretary Quietly Amasses Fortune, Then Donates $8.2 Million,” The New York Times, May 6, 2018.)

How did she do it? It appears that Bloom managed the personal finances of her wealthy bosses for decades. When they made an investment, she would copy them—granted, on a smaller scale—once she got home. Bloom kept her wealth among three brokerage offices and 11 banks.

Remarkable? Sure, but you can’t call Sylvia Bloom’s story entirely unique. She has joined a long list of “secret millionaires” who have died with wealth far larger than their public lifestyles ever suggested.

I’ve covered a number of these individuals over the years. Like Ronald Read, a former janitor and gas station attendant who made $8.0 million by buying dividend-paying stocks. Then there’s Grace Groner, who lived in a one-bedroom cottage in Lake Forest, Illinois and built a $7.0-million fortune through a savvy investment in Abbott Laboratories (NYSE:ABT).

Or consider Anne Scheiber. During her 50-year retirement, the former IRS auditor accumulated a multi-million-dollar fortune through a number of investments in large-cap American companies. When she passed away in 1995, Scheiber’s accountants valued her estate at $22.0 million.

But how do these “secret millionaires” accumulate so much wealth? All of these stories share a number of common themes. And for those who pay attention, they offer many valuable lessons.

They Took a Long Time: Building great wealth doesn’t often come from making fast money over short bursts of time. Rather, most fortunes come from earning mediocre returns over a sustained period. This allows companies to earn profits on top of profits over and over again. Over the long run, the stock prices tend to grow in tandem with corporate earnings. For this reason, the most important factor in investment success doesn’t come down to stock picks or timing the market. Rather, it’s about putting in your time until the “miracle of compounding” really kicks in.

They Buy Dividend-Paying Stocks: In most of these “secret millionaire” stories, you’ll find that the individual made their fortune in dividend growth stocks. This really shouldn’t surprise anyone. According to a study by Ned Davis Research, Inc., a $100.00 investment in a portfolio of dividend growth stocks back in 1972 would be worth over $6,970 today. By comparison, an investment in the equally-weighted S&P 500 index would have grown to only $2,620. While most investors often get drawn to high-flying cryptocurrencies or emerging technologies, these “millionaire next door” stories remind us that quality American businesses can be high-flyers, too—over the long haul, anyway.

They Don’t Trade Frequently: Individual investors who hold common stocks directly pay a tremendous performance penalty for active trading. In a University of California study of 66,465 households with accounts at a large discount broker, researchers found that individuals with the highest turnover rates—the most active traders—underperformed the broader market. The study blamed the gap on overconfidence, as well as higher fees and poor timing. It’s no surprise, therefore, that most of the “secret millionaires” I have covered fancied themselves as “buy-and-hold” investors.

They Avoid Taxes: The buy-and-hold approach has another advantage over more active trading: deferring taxes. Every time investors sell a stock for a capital gain, they have to pay taxes to “Uncle Sam.” Any type of frequent trading can take a big bite out of your returns. But by holding on to their shares indefinitely, “secret millionaires” can shelter their profits from the IRS.

They Live Frugally: What comes to mind when you think of a millionaire lifestyle? For most Americans, it involves living in mansions while driving luxury vehicles to exotic destinations. Fact is, 61% of wealthy people actually drive run-of-the-mill cars, according to a study done by researchers at Experian Automotive. Research by Dr. Thomas Stanley, author of Stop Acting Rich: And Start Living Like a Real Millionaire and The Millionaire Next Door: The Surprising Secrets of America’s Wealthy, found that wealthy people don’t focus on acting and looking rich, but rather on finding satisfaction with a simpler lifestyle. And that makes sense; it’s difficult to build wealth when most of your money goes out the door in payments, after all. “Secret millionaires” know that spending less than you earn creates opportunity: you can then save that money, invest it, or donate it to charity. In the best-case scenario, you can do all three.

They Don’t Gossip: As previously mentioned, “secret millionaires” don’t flaunt their wealth. Fewer still talk about the stock market or their investments. This, in fact, has an important wealth-building consequence, aside from just privacy. If you’re not chatting about stocks at all of the cocktail parties, you’re less likely to get suckered into fad investments. It also makes it easier to stick to a proven system, as you’re less likely to be influenced by the emotions of the people around you.

They’re Generous: Giving money away actually makes you richer. Now, my math might seem a little odd. If you have $100.00 and you generously give it to someone else, don’t you have $100.00 less? Yes, those numbers check out. But here’s what happens when you help others: all of your opportunities come through people. As one of my favorite authors, Rabbi Daniel Lapin, explains in his book Thou Shall Prosper: Ten Commandments for Making Money, people bring generous individuals more opportunities than they do greedy, angry, nasty, wicked individuals. Generosity changes your character: it makes you more selfless, more open, and more attractive. And by and large, these represent exactly the sorts of traits that people like doing business with. It’s no surprise, therefore, that the list of “secret millionaires” I’ve covered is jam-packed with generous, giving individuals.