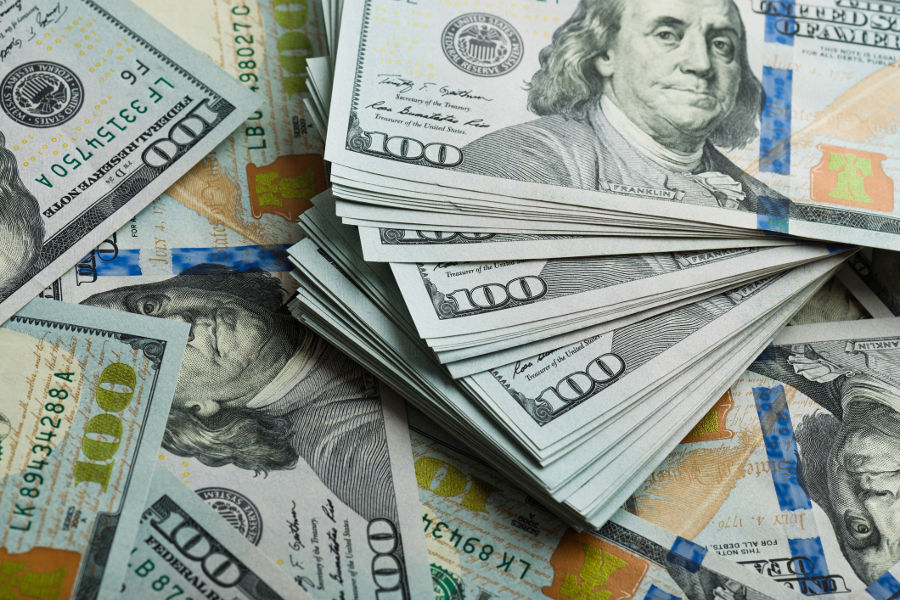 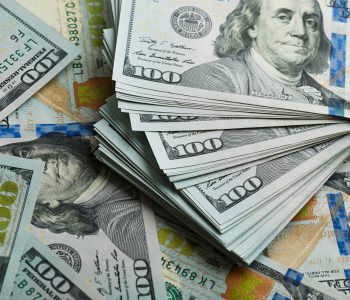 With the market being mostly efficient, higher returns often come with higher risk. If you go with only the most established blue-chip companies, chances are you won’t find many high-yield stocks. However, that doesn’t mean investors looking for high-yield stocks have to put their money in shaky businesses. Greenhill & Co., Inc. (NYSE:GHL), for instance, is a solid company that’s currently yielding 8.3%.

Greenhill is an independent investment bank. It focuses on providing financial advice on mergers, acquisitions, restructurings, financing, and capital raising to companies, institutions, and governments around the world. The company has no trading, investing, lending, or underwriting business. In other words, it is a pure play advisory firm.

Compared to the bulge-bracket investment banks on Wall Street, Greenhill is a rather small company, with its 363 employees and just over $600.0 million in market cap. However, the company managed to generate a sizable business using its resources. In the 12-month period ended March 31, 2017, Greenhill’s global revenues totaled $325.0 million.

The company is also well-diversified geographically, with 14 offices on five continents. Throughout its 21-year operating history, approximately 50% of the bank’s total revenue comes from outside the U.S.

Fortunately, Greenhill’s operations are well diversified across different industries. As the below chart shows, the company has the most diversified client base by sector among its peer group. The bank deals with eight sectors, each contributing more than eight percent of the company’s total business by deal count. 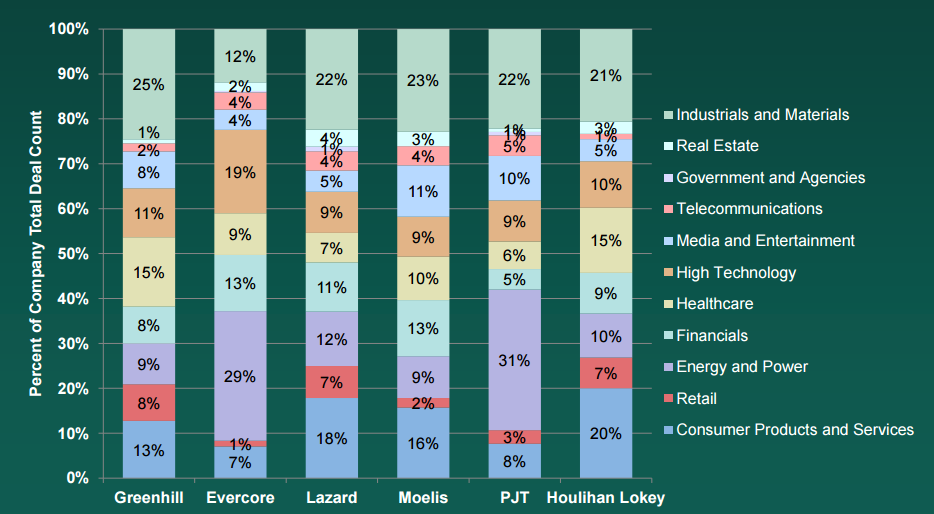 Investment banking is a client-facing business. While Greenhill is small compared to the bigger players, the company’s expertise has brought it some high-profile clients, such as Alcoa Corp (NYSE:AA), AT&T Inc. (NYSE:T), Wells Fargo & Co (NYSE:WFC), and the London Stock Exchange, as well as the governments of the U.S., the U.K., and Australia.

One of the reasons why an independent investment bank can get involved in those deals is its people. Greenhill has 82 client-facing managing directors with average experience of 25 years. Many of them were former heads of regions and industry groups of major bulge bracket banks.

Of course, getting good clients is just the start. For a company to be worth owning for income investors, it has to generate a decent amount of profit.

The good news is, Greenhill is actually the leader in its peer group when it comes to profitability. The company generated generally accepted accounting principles (GAAP) pre-tax margin of 26% last year. Over the past 10 years, it averaged a pre-tax margin of 25%.

The best part is, Greenhill is willing to return some of its profits to shareholders in the form of dividends. Paying $0.45 per share on a quarterly basis, the company has an annual dividend yield of 8.3%.

Because Greenhill is a high-yield stock, you might think that its business is not solid. However, that’s not really the case. When it comes to the advisory business, Greenhill is actually one of the best players. Last year, it ranked number-one in percentage growth in advisory revenue, outperforming (percentage-wise) both bulge brackets and independent investment banks. 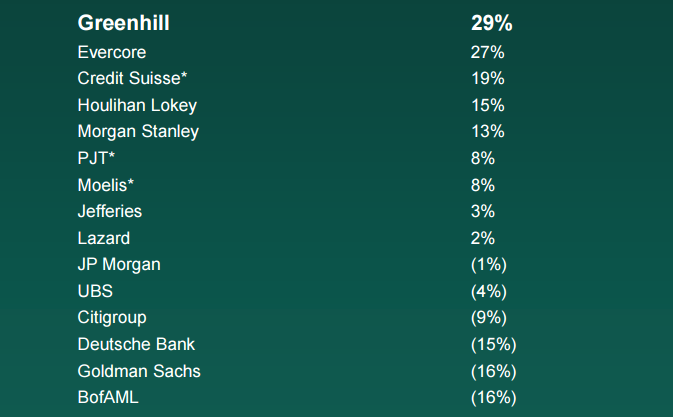 What about dividend safety? Well, while investment banking is no consumer staples business, Greenhill has been generating a decent amount of recurring cash flow relative to its dividends. In 2016, the company generated $107.0 million in cash flow while paying out $62.0 million in dividends, achieving a payout ratio of 58%. In the last five years, Greenhill averaged a payout ratio of 64.4%.

But then again, past performance does not guarantee future results. For this high-yield dividend stock to continue rewarding income investors, it needs to keep generating solid business.

On that front, note that last year wasn’t really the greatest for mergers and acquisitions. With substantial market volatility and the unexpected Brexit voting result, merger and acquisition (M&A) deal volume declined significantly in 2016. Going forward though, we have a pro-business government in the U.S. and recovering European economic activity, so the M&A environment could actually become more favorable.

The Bottom Line On This High-Yield Stock

The investment banking industry carries a certain level of risk. But with diversified sector and geographical exposure, Greenhill has built a solid business. The company may not be as established as the other best dividend stocks, but, for investors looking for a high-yield pick, it is definitely worth checking out.