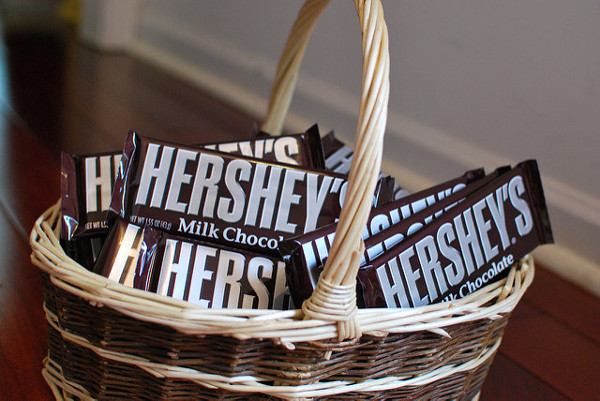 The Hershey Company: A Dividend Stock to Hold for the Next Century 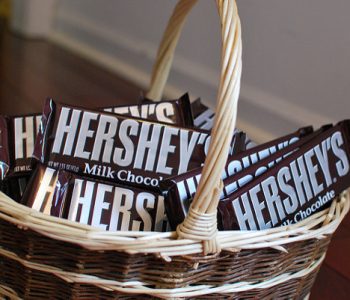 Since the Passive Monthly Income newsletter debuted in August 2015, we have added 52 stocks to the portfolio. We sold 13 of those picks over the period, nine of which were for large capital gains. The remaining 39 stocks still remain as active positions in the portfolio today.

Does that mean we have a preference for longer holding periods? For sure. I respect anyone that can flip equities for quick profits. But that’s not how we do things around here. Let others fiddle with the Fibonacci retracements, stochastic oscillators, and chart price patterns to predict stock movements for the next hour or so. Our investment horizon is over the next decade or more.

In paid newsletters, we seek out an elite group of businesses I’ve nicknamed “forever assets.” I highlighted several such firms in previous issues. These firms represent a group of stocks you could literally buy today and hold for the rest of your life.

Thanks to their entrenched market positions, such elusive companies throw off ample supplies of surplus free cash flow, which management generously shares with investors. This results in a growing stream of income (in addition to outrageous capital gains) that can roll in like clockwork for decades.

This month, I want to highlight another such forever asset: Hershey Co (NYSE:HSY). For decades, The Hershey Company has served up sweet treats for chocolate lovers. What’s less well known is that the candymaker has also delivered plenty of treats for income investors, too.

Hershey can trace its roots back to the 1880s, when Milton Hershey started a caramel candy business in Lancaster, Pennsylvania. The Hershey Company began manufacturing milk chocolate bars at the turn of the century, introducing the sweet treat to working- and middle-class customers for the first time. Hershey’s line of products steadily expanded over the following years, with the release of “Kisses,” milk chocolate with almonds, “Mr. Goodbar,” and “Krackel.”

Today, Hershey is a $22.3-billion operation. The company sells $0.44 out of every $1.00 spent on chocolate in the United States, in addition to controlling a large market share of the candy, mint, and gum market. The business has also gained a foothold in several international markets over the years, with a presence in some 70 countries worldwide. Its status as a forever asset comes down to a few key points.

Hershey’s portfolio of iconic brands endows it with a privileged position, to begin with. People, after all, tend to be picky about what they put in their mouths. We also tend to be creatures of habit. The Hershey Company has spent hundreds of billions of dollars on marketing over the past century, cementing the company’s brand into our wider culture. Such a relationship with consumers would be almost impossible to replicate overnight. As a result, chocolate lovers are far more likely to reach for their favorite Hershey product over a generic brand. And each year, they’ll also cough up an extra nickel or two.

The ability to move inventory makes The Hershey Company a valuable partner with retailers. For this reason, distributors are far more likely to give the company top shelf space rather than taking a chance on an unproven supplier.

Moreover, Hershey doesn’t have to spend much (only about three percent of sales) to maintain its business and grow. The company’s basic product—chocolate bars—has remained virtually unchanged for more than a century. There’s no radical research and development. There’s no need to build a massive “gigafactory” every few years.

So as sales grow, most the profits go straight to the bottom line (and usually right into the pockets of shareholders). Over time, this cash cow business compounds into almost unbeatable returns for investors.

The products Apple Inc. (NASDAQ:AAPL) made just a few years ago are out of date today. The company runs on an innovation treadmill, constantly trying to dream up the next hot gadget every other quarter. What are the odds Apple will be able to keep hitting home runs on each new product for another 10, 25, or 100 years? Really low, in my opinion.

In fast-changing industries, you don’t often see the same companies stick around for more than a few years. Companies that make timeless products are different. They can just keep cranking out the same great product year after year without the fear of a new garage upstart eating their lunch. That allows them to generate outsized returns for decades.

And although Hershey doesn’t compete on price, the company’s low-cost advantage allows it to undercut rivals. As a dominant player in the industry, the business’s size provides it with enormous economies of scale that it uses to keep costs down.

Scale allows The Hershey Company tremendous bargaining power when negotiating with suppliers, especially for raw inputs like cocoa and sugar. As a result, Hershey is able to offer prices that rivals have a difficult time matching while still earning wider profit margins.

If you want to see the real strength of Hershey’s business, take a quick glance at the company’s financial statements. Last year, the business earned $0.46 in gross margins on every dollar generated in sales.

Over the past decade, the company’s input costs have grown by two to three percent per year. Yet through this period, executives have managed to raise prices at more than twice that rate while gaining market share and boosting unit sales.

For shareholders, this has translated into jaw-dropping returns. Since 1985, The Hershey Company has increased the size of its distribution more than tenfold. And as you can see on the chart below, Hershey has delivered a total return, including dividends, of 5,700%. That blows the gains from the broader S&P 500 out of the water, which delivered a total return of only 1,200% over that same period.

The true test of a forever asset, however, is how it fares during times of war, recession, or uncertainty. But here too, Hershey stands in a league of its own. The company has paid a dividend to shareholders every year since 1930.

Even through the recent financial crisis, management continued to mail out checks to their investors. I can only think of a handful of businesses in the world that can boast a track record like that.

Of course, you have no sure things when it comes to investing. That said, The Hershey Company has a proven track record of delivering through good times and bad. And unless people develop a sudden preference for broccoli over chocolate, I suspect shares will continue to crank out outsized returns for decades to come.