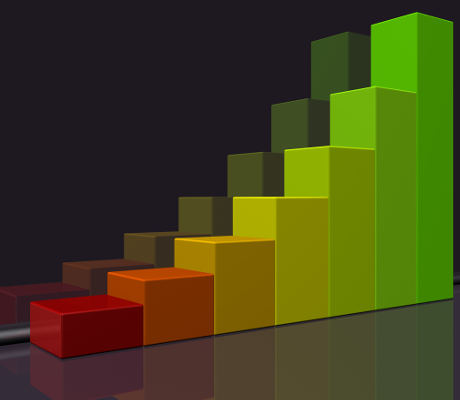 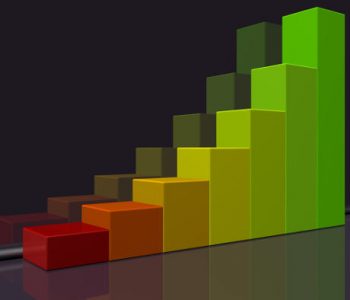 Today’s chart highlights one of the most interesting high-yield stocks in the energy sector: Green Plains Partners LP (NASDAQ:GPP).

The partnership was created in 2015 by Green Plains Inc (NASDAQ:GPRE)—one of the biggest ethanol producers in the world—to own, operate, develop, and acquire ethanol and fuel storage and transportation assets.

Ethanol has a wide range of uses. As a compound of carbon, oxygen, and hydrogen, it can be found in hand sanitizers, laundry detergents, and alcoholic beverages. At the same time, ethanol burns more cleanly than gasoline and diesel. As a result, quite a few countries have started offering ethanol-blended fuel at their gas stations.

Now, I know what you are thinking. How many cars can actually handle ethanol-blended fuel?

Well, since the 1980s, many gasoline-powered vehicles have been capable of running on a blend consisting of gasoline and up to 10% ethanol. Now, automakers have approved the use of E15 gasoline in more than 90% of their 2018 models.

Also, keep in mind that, unlike gasoline, ethanol is produced from biomass and represents a renewable source of energy. With increasingly stringent environmental regulations and renewable targets around the world, the demand for ethanol could get a solid boost.

Of course, while the demand could increase, being a commodity producer is always a risky business. Margins are thin and prices can be volatile.

The good news is, Green Plains Partners does not actually produce any ethanol. Instead, since its creation, the company’s purpose has been to provide fuel storage and transportation services. The partnership has 39 storage facilities located near Green Plains Inc’s (the ethanol producer) plants. Green Plains Partners also has eight fuel terminal facilities and 3,500 railcar and trucking capabilities. (Source: Ibid.)

Here’s the best part. Because the partnership was created as a primary vehicle to expand Green Plains Inc’s downstream logistics activities, most of its business was already backed by long-term, fee-based commercial agreements.

And because GPP chooses to be regulated as an MLP, it is required to distribute most of its available cash to unitholders. As a result, the partnership has become one of the most generous dividend payers in the current stock market.

What’s more impressive, though, is the partnership’s ability to raise its payouts.

If you have been following high-yield stocks, you would know that most of them aren’t really safe bets. In this day and age, it’s not uncommon for a double-digit yielder to slash its dividend.

But that’s exactly why Green Plains Partners stands out. Despite being one of the highest yielders in the market, the partnership’s distributions have only been increasing. 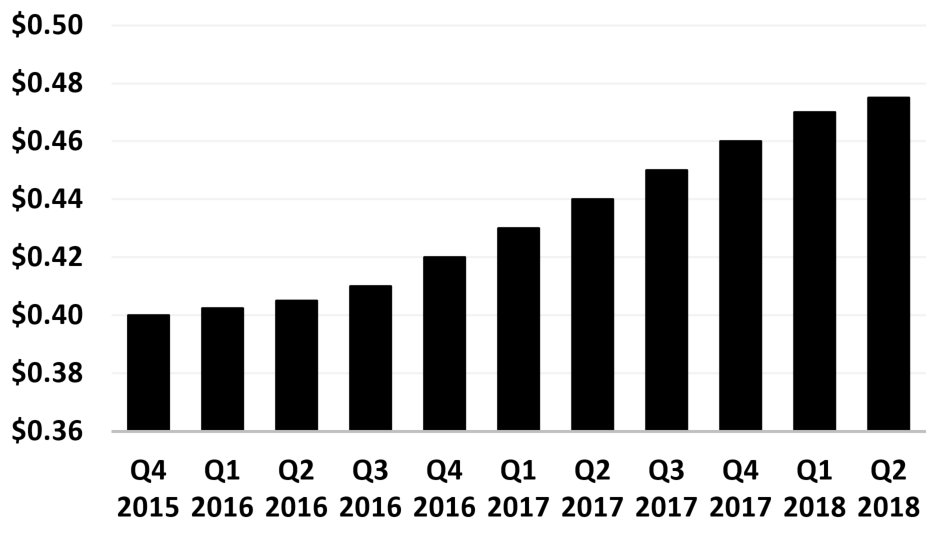 When Green Plains Partners went public in 2015, it was paying a quarterly distribution of $0.40 per unit. Today, the amount stands at $0.475 per unit, representing an increase of almost 18.8%.

What’s more is that, since its initial public offering (IPO), the partnership has raised its payout every single quarter.

Just think about that for a second. The price of ethanol has made quite a few double-digit swings in both directions since 2015. But during this period, Green Plains Partners was still raising its cash distribution to unitholders every three months.

In other words, the partnership’s distributable cash flow was just enough to cover its payout in the most recent quarter.

As a conservative income investor, I’d like to see a wider margin of safety. But, with a stable business model and management’s willingness to return an increasing amount of cash to investors, GPP stock’s 10.8% yield could be worth a look.