https://www.incomeinvestors.com/government-biggest-threat-retirement/52779/ Why the Government Is the Biggest Threat to Your Retirement Robert Baillieul, B.Comm. Income Investors 2019-10-04T08:00:53Z 2019-10-17 12:11:56 retirement inflation retirees bonds war on savers Low interest rates have devastated the retirement plans for millions of baby boomers nationwide. And things looked poised to only get worse for savers. News,Retirement https://www.incomeinvestors.com/wp-content/uploads/2019/10/iStock-943687980-150x150.jpg 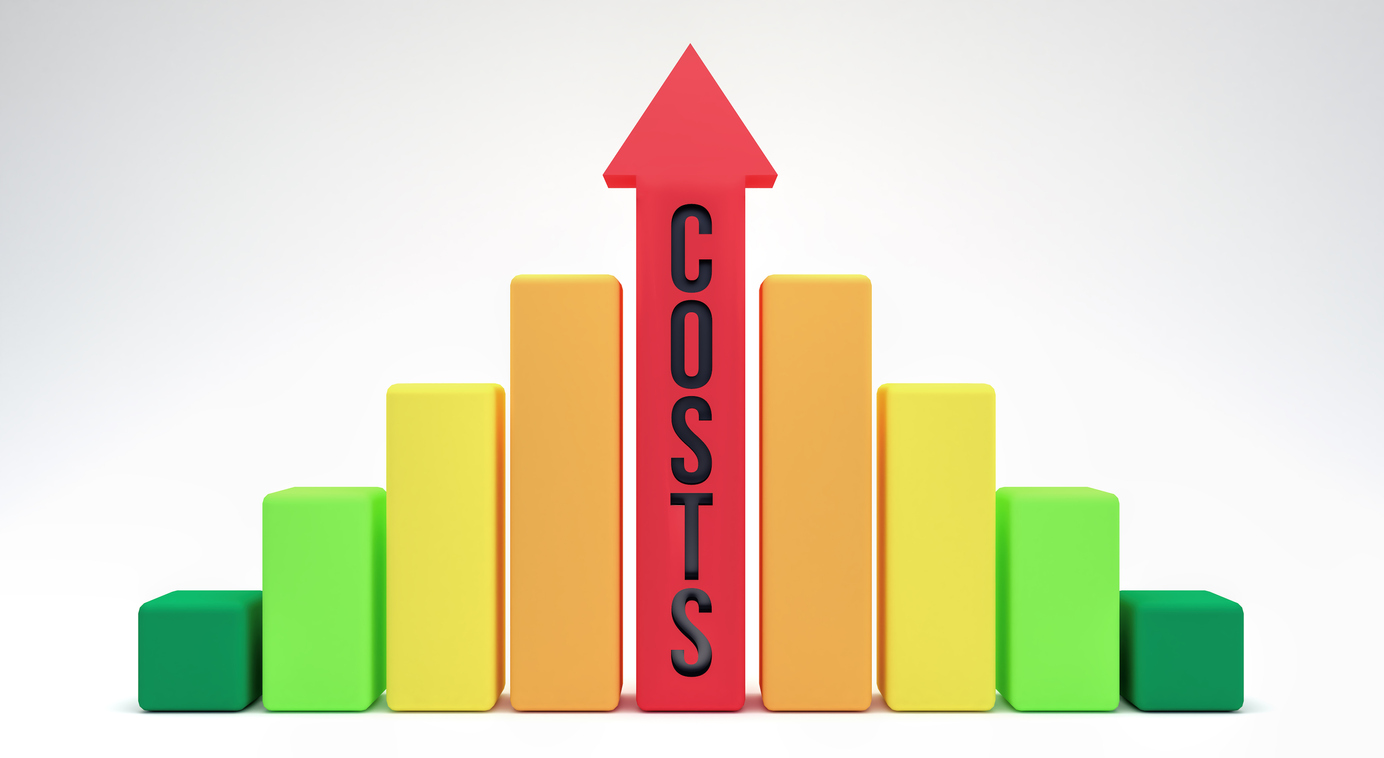 Why the Government Is the Biggest Threat to Your Retirement 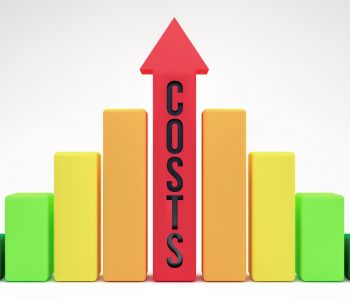 How Safe Is Your Retirement From Meddling Bureaucrats?

August 21 will go down as an ordinary day for most investors. But in one quiet corner of the bond market, something groundbreaking happened.

Before the opening bell in Europe, Germany issued a bond that paid no interest whatsoever. More incredibly, investor demand for that bond far surpassed the government’s expectations. Traders engaged in panic buying, paying 3.5 points above par.

At this price, investors who hold these bonds to maturity will collect a yield of -0.11%. In other words, bondholders now pay the German government for the privilege of lending it money. (Source: “Germany for First Time Sells 30-Year Bonds Offering Negative Yields,” The Wall Street Journal, August 21, 2019.)

It’s the first time the country has managed to issue a new bond with a negative yield. And like discovering that gravity now repels objects rather than attracts them, it turns the fundamental principles of finance on its head.

And Germany isn’t the only place plagued by low yields. In Japan, the country’s central bank has set the overnight lending rate at -0.1%. In Denmark, some banks now pay customers to take out mortgages. In the U.S., corporate bond yields have plunged to record lows.

Here’s the thing: such low interest rates aren’t an accident. They are a part of a global “War on Savers”—a systematic, organized campaign to rob the public of its wealth.

Academics call it “financial repression,” indirect methods beyond taxation that governments use to fund their spending. In the U.S., the Federal Reserve hurts investors through measures like quantitative easing. On the Asian and European fronts, central banks have implemented negative interest rates to drain savings even faster.

Regardless of the specific tactic, the goal remains the same: the destruction of the productive class. And for ordinary people, this battle is the single biggest threat to their retirements.

Admittedly, no government official has ever officially declared a War on Savers. Instead, central planners prefer to use the term “stimulus measures,” which are policies designed to create jobs, generate growth, and “juice” the economy.

In truth, these schemes only serve to stealthily steal from workers in order to enrich the Wall Street elite and those with a 202 area code. It is a quiet war.

Inflation has long stood as a favored tactic of politicians to crush savers.

Emperor Nero debased the currency to fund Ancient Rome’s conquest of Gaul. After the French Revolution, Napoleon issued francs to buy food and arms for his army. In Venezuela today, the country’s socialist regime has long resorted to inflation to enrich the bureaucrats in power.

By printing up more money, governments can buy goods without taxing their citizens. It’s only later, when the new dollars circulate through the economy and bid up prices that people see this scheme for what it is.

And for those who kept their wealth in cash, the purchasing power of their money gets eroded. Or as most folks describe it, “A dollar just doesn’t go as far as it used to.”

The U.S. government exploits the same tactic, though on a more modest scale. The official policy aims for an inflation rate of between two and three percent per year. That might not sound like a lot, but compounded over time, the hidden “inflation tax” can really add up.

Let’s say, for instance, you have $1.0 million stashed in your retirement account. How will a three-percent inflation rate affect the purchasing power of your nest egg?

That slow erosion of wealth is the difference between a retirement of eating filet mignon or “Fancy Feast” for dinner.

Low interest rates are another tactic in the War on Savers. Central banks have slashed yields to zero (or close to it), keeping interest rates on government debt lower than it otherwise would be.

This policy, by extension, pushes down yields on all types of investments, such as Treasury securities, savings accounts, and certificates of deposit.

But regardless of which investments you might own, the impact remains the same: individual savers and retirees, as well as pension funds, lose out on income.

How big of a wealth transfer are we talking about? The value of the fixed-income market in the United States—combining all Treasury notes, savings accounts, municipal bonds, and corporate debt—amounts to nearly $40.0 trillion.

If the Federal Reserve reduces interest rates across the board by two percent, that amounts to $800.0 billion annually in lost income to savers.

The central bank has maintained an ultra-low rate policy for the 10 years following the last financial crisis. Compound the years of missed interest payments over a decade and you’re looking at trillions of dollars in wealth transferred from savers to bureaucrats and debtors.

And inflation doesn’t just hurt wealthy millionaires. The Social Security Trust fund, for instance, holds $2.9 trillion in Treasury securities. Back in 2003, these investments earned an average interest rate above six percent. In 2018, that rate dropped to 2.9%.

Those returns will drop further in the coming years as the remaining high-yield long-term bonds roll over into new low-yield securities. That amounts to $62.0 billion each year that can’t be paid out to retirees—about $189.00 for each person enrolled in the program.

Yet beyond inflation and interest rates, governments continue to devise new tactics in the War on Savers. The Basel III accord, for instance, require banks to hold large amounts of government bonds. This boosts the demand for new issues, reducing the interest rate that Uncle Sam pays on its debt.

Negative bond yields, as mentioned above, have spread across Europe. They amount to financial mustard gas, literally making savers pay for the privilege of having money.

And, of course, you have the capital gains tax. Savers have to fork over a portion of their profits on the sale of their investments. Yet their real wealth, after you factor in inflation, hasn’t changed at all.

Retirees: What Politicians Won’t Tell You

In a sense, governments have adopted the same doctrine as battlefield commanders by presenting multiple dilemmas to an adversary.

In geopolitical lingo, they call it “multi-domain operations.” The modern general wants as many options as possible to accomplish an objective: army, navy, air force, cyberspace. By joining together these different domains, a commander can secure the position of relative advantage. This gives them more opportunities to maneuver their targets and destroy an adversary.

The more options you have, the fewer choices you leave your enemy.

Governments employ the same approach in the modern War on Savers. By exploiting only one tactic, people can employ countermeasures to protect their wealth. Inflation, for instance, works at first. Eventually, however, savers opt to keep their wealth in hard assets like gold or real estate, muting the impact of these policies.

But by presenting multiple dilemmas to their adversary, governments can pin savers into a corner. No matter which option savers pick—hold cash, own bonds, or invest in gold—bureaucrats snag a piece of their retirement nest egg.

Conditions About to Get Worse for Retirees

Unfortunately, the past decade represents only the opening campaign in what will likely be a long and bloody (financially speaking) war.

And this figure doesn’t even include the debts incurred by cities, states, and various departments and agencies. Neither does this number include debts that the government has explicitly or implicitly guaranteed.

At the same time, Uncle Sam will have to cough up more money in the coming years to pay retirement Social Security for baby boomers and maintain a growing military presence overseas. Never mind the new promises that politicians might make in the 2020 election.

Our elected officials have two choices.

On one hand, they can tell the public we have lived beyond our means as a country and now need to make tough choices: cut government programs, reduce military expenditures, deregulate private industries, and slash employees’ salaries. Or they can increase taxes or raid the piggy banks of savers.

Given that most households across the country have either taken on a record amount of personal debt or they benefit from bloated government spending in some way (or both), which option do you think politicians will choose?