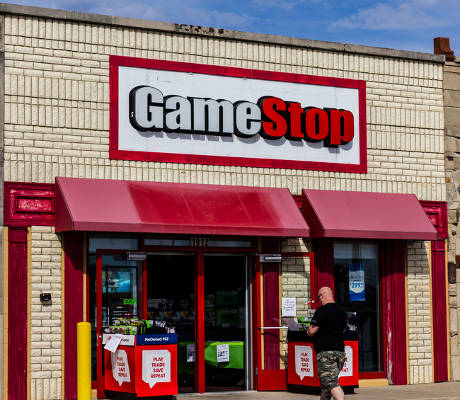 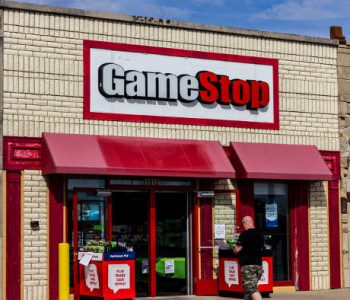 Video game retailer GameStop Corp. (NYSE:GME) is having a rough go of it these days. Not only is GME stock feeling the negative effects of weak consumer spending, but it’s also being pressured by the rise of downloadable digital games, which threaten the company’s bread-and-better physical video game business.

The latest hit came two weeks ago when the stock plunged nine percent on news that software behemoth Microsoft Corporation (NASDAQ:MSFT) would be releasing a Netflix-style gaming service, “Xbox Game Pass,” for the “Xbox One” console, endangering GameStop’s growth trajectory even further.

Of course, regular readers know that I love investigating these big drops for the juicy bargain opportunities they often present. Because if you’re not willing to go against the crowd and pick up quality dividend stocks on the cheap, you give yourself very little chance to outperform over the long haul.

So is GameStop worth the risk at this point? Well, considering the company’s shifting revenue mix and delectable dividend yield, I’d say so.

One thing is for sure: it’s tough to blame investors for giving up on GameStop. After all, the fundamentals aren’t exactly improving.

For example, in the company’s holiday sales report, released in January, total global sales for the period declined a depressing 16.4% to $2.5 billion, with same-store sales falling 18.7%. The drop was largely driven by a 30% decrease in hardware sales, a 23% drop in new video game sales, and an eight-percent decline in pre-owned sales.

Due to the weak results, management calculated that it lost market share in both November and December. The slump in used game sales is especially concerning, as a key bullish argument rests on the notion that digital will never completely take over because of the ability for consumers to buy and resell physical video games.

“We are disappointed with our overall results, but looking broadly, we did see continued growth in our non-physical gaming businesses and we expect this category to approach 40% of our earnings in fiscal 2016,” said CEO Paul Raines. “As we look forward to 2017, we remain focused on our transformation plan.” (Source: “GameStop Reports 2016 Holiday Sales Results,” GameStop Corp., January 13, 2017.)

Now, I know what you’re asking: how is GME stock a decent dividend opportunity with such large exposure to dying hard copy video games?

Well, if the company looked exactly like it did a decade ago, then it definitely isn’t a good idea. But many investors don’t realize just how GameStop has been changing over the past few years, getting into things like consumer electronics and collectible toys and, of course, diving into the digital realm themselves.

In reality, GameStop’s management has actually been expending a great deal of money and effort to diversify. 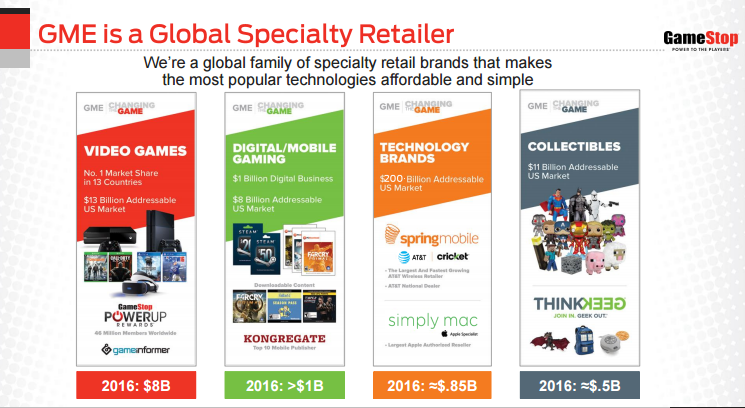 Now, to be sure, the non-physical side still represents a relatively small part of GameStop’s business, accounting for about 25% of total revenue in 2015. However, the good news is that management fully expects that number to reach 30% or greater in fiscal 2016 and only increase from there. Moreover, GameStop sees its non-physical segments accounting for more than half of the company’s earnings by 2019. 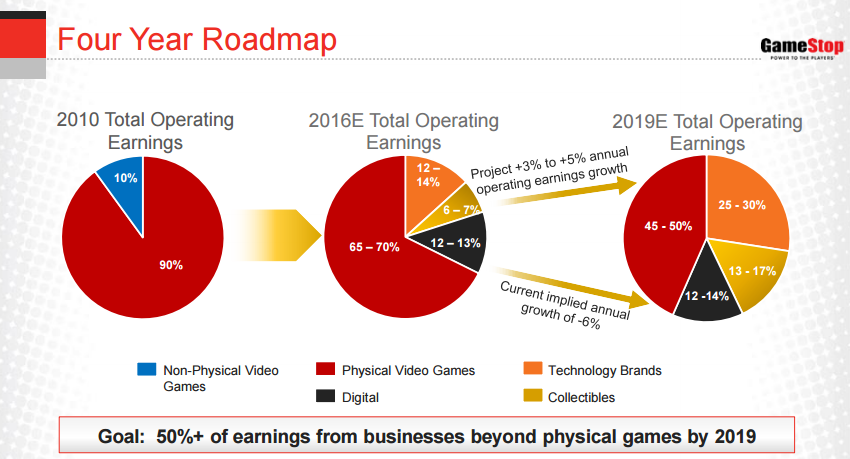 So although the likes of “PlayStation” and Xbox are certainly gravitating toward more digital-based subscription services, GameStop is at least changing with the times. In fact, Microsoft itself said that it will work directly with GameStop “on offering Xbox Game Pass to their customers,” suggesting that the stock’s recent plunge is somewhat overblown. (Source: “Microsoft says its newest Xbox service won’t kill GameStop after all,” Business Insider, March 1, 2017.)

After all, video game players still rely heavily on GameStop to sell hardware and software to many gamers who haven’t crossed over to the digital world just yet.

More importantly for income investors, though, is that GameStop’s transition isn’t significantly hurting its historically strong cash flows. As I always tell our readers, cash is what funds those dividend checks.

Over the last 12 months, the company has generated solid operating cash flow of $600.0 million, versus dividends of just $157.0 million and repurchases of $87.0 million. And over the past seven years, GameStop has returned more than $2.6 billion to shareholders while also making strides to diversify. 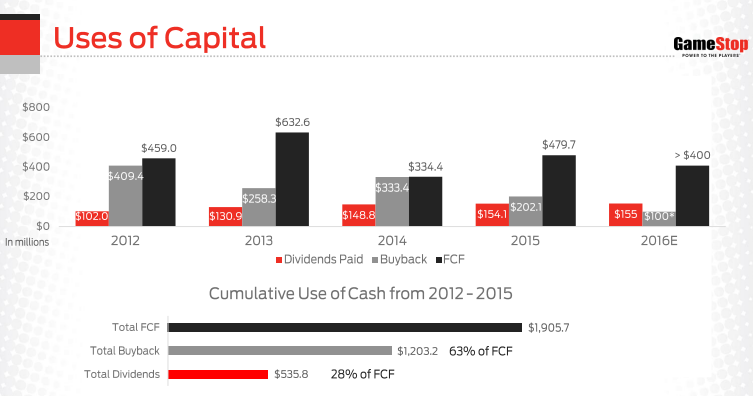 In fact, GameStop has grown its dividend every year since 2012 when it initiated the program. More importantly, with such comforting cash flow coverage, as well as a low payout ratio of 40%, I wouldn’t expect any cuts to the dividend anytime soon.

That brings us back to GME stock’s slumping stock price, which is now off more than 25% from its 52-week highs set in April of 2016. But considering the company’s shift away from physical video games and well-covered dividend, I’d say that punishment is overdone.

Because of GameStop’s still-healthy cash flow and low valuation, which bigwig investors just love, I believe it’s just a matter of time before an activist gets involved. In fact, the stock jumped late last year on rumors that billionaire Carl Icahn was interested in taking a stake. While the chatter turned out to be unfounded, I find it hard to believe that investors of Icahn’s ilk aren’t circling GameStop right now.

The Bottom Line On GME Stock

There you have it, my fellow Income Investors: a few bullish reasons to consider GameStop.

As always, this write-up shouldn’t be taken as a formal recommendation, but simply as an idea to conduct some further due diligence on. Because while GameStop’s juicy six-percent dividend yield is well covered as of this moment, it’s absolutely vital that investors continue monitoring the company’s revenue and income to make sure it stays that way.