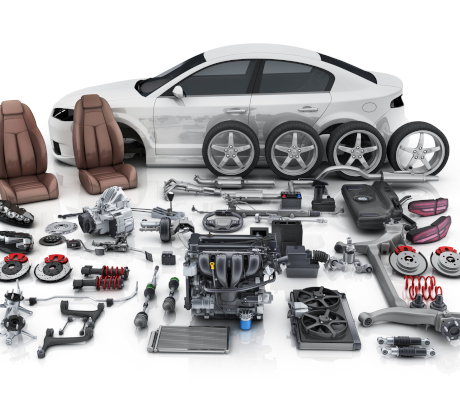 Genuine Parts Company: 3 Reasons to Consider GPC Stock for 2019 and Beyond 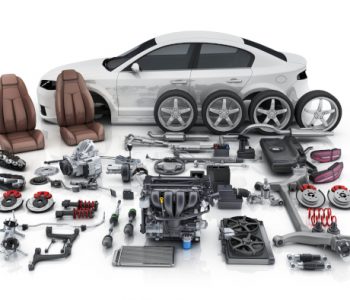 Why Income Investors Should Take a Look at GPC Stock

As an analyst, one of the things I pay attention to at the beginning of each year is auto sales. Because this metric is known to be cyclical, it can give us an idea of where the economy might be headed.

When the numbers are out, it’s a good time to reevaluate companies in the automotive industry. As income investors, we know that several automakers are paying handsome dividends right now. But if you’ve been following them long enough, you’d know that dividends from the auto industry are not always carved in stone.

While this was a slight improvement from the 12.2 million units sold in 2017, it was lower than the all-time record of more than 17.5 million vehicles set in 2016.

So, does that mean we can continue to rely on dividends from automakers?

Well, auto sales—along with the economy—always move in cycles. While things seem to be okay right now, somewhere down the road, there will be a downturn. And as we’ve seen in the last recession, it’s not uncommon to see an automaker slashing its payout when things go south.

That’s why I want to talk to you about a much safer way to earn income from the automotive industry.

Genuine Parts Company Not an Automaker

Obviously, this company is not an automaker. But that’s exactly why I dig it.

You see, automakers make money by selling the cars they manufacture. That’s why, when things are good, they make good profits. But when the economy slows down and auto sales fall, automakers will be in the doldrums.

Genuine Parts Company, on the other hand, does not have to worry about this problem. It doesn’t make cars or trucks. It doesn’t even make any auto parts. Rather, it is a pure distributor, and its business does not really follow economic cycles as closely as the auto manufacturers do.

When the economy enters a recession and people’s disposable income shrinks, they will be more likely to keep their old cars longer, rather than buy new ones. And since older cars tend to need more replacement parts than new ones, an economic downturn could increase the demand for replacement parts.

At the same time, we know that auto sales reached an all-time high in 2016 and remained strong in 2017 and 2018. A few years down the road, these cars will need replacement parts, which could give Genuine Parts Company’s business another boost.

In other words, due to the nature of its business, GPC stock gives investors exposure to profits in the auto industry without bringing the cyclicality with it.

Of course, there are plenty of other non-cyclical businesses, so why should investors consider this stock?

Genuine Parts Company is a “Dividend King,” a business with at least 50 consecutive years of annual dividend increases.

In fact, the company is overqualified for that title, since it has raised its payout to shareholders in each of the last 62 years. (Source: “Dividends,” Genuine Parts Company, last accessed January 11, 2019.)

Just think about that for a second. During the past 62 years, our economy had gone through multiple recessions. But in every one of those years, Genuine Parts Company stock investors earned bigger dividend checks than before.

The company currently yields just over three percent, and the dividend is more than safe.

In the first nine months of 2018, the company generated adjusted earnings of $4.33 per share. That amount not only represented an impressive 23% increase year-over-year, but also easily covered GPC stock’s $2.16 per share of dividends declared during this period. (Source: “Genuine Parts Company Reports Sales and Earnings for the Third Quarter Ended September 30, 2018,” Genuine Parts Company, October 18, 2018.)

And while auto parts distribution is the company’s biggest business, it’s not the only one. Genuine Parts Company also operates “Motion Industries,” which connects over 300,000 customers in all types of industries with more than 7.1 million industrial replacement parts and materials.

In addition, GPC operates S.P. Richards Company, which distributes 98,000 business products to over 9,700 resellers and distributors throughout the U.S. and Canada.

With its business diversified geographically and across industries, GPC managed to weather economic storms in much better shape than most other companies.

To sum up, Genuine Parts Company gives investors an opportunity to benefit from the boom in the auto industry while also being more recession-proof than automakers. It has an impeccable track record of paying increasing dividends and has no problem covering its payout. And to further manage its risk, the business is well diversified.

If you are looking for a solid dividend play for 2019 and beyond, GPC stock should be near the top of your watch list.