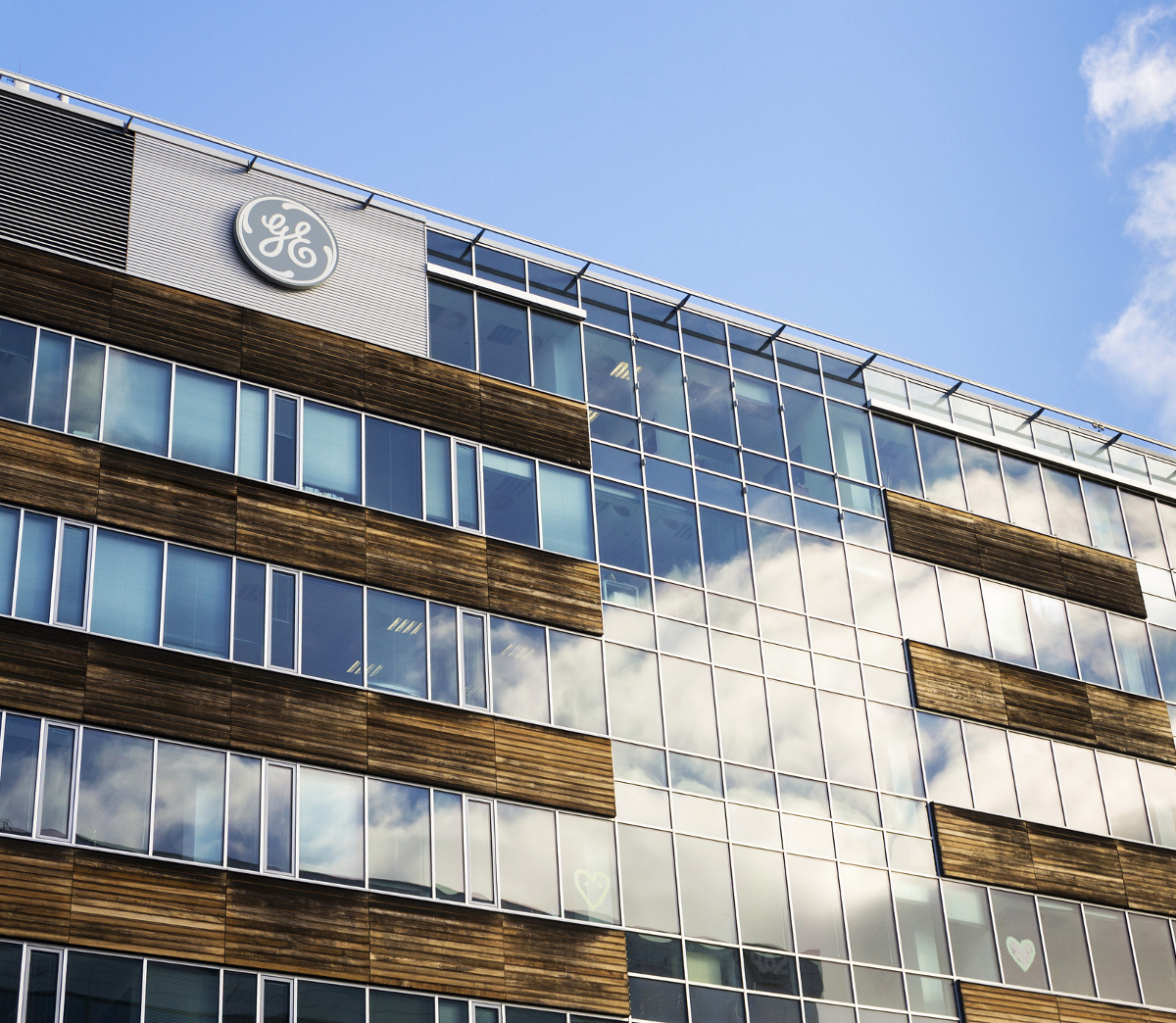 GE Stock: Will General Electric Company Raise Its Dividend in 2017? 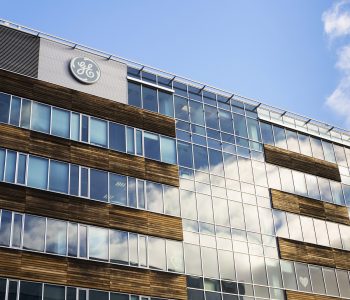 General Electric Company’s roots can be traced all the way back to 1889. Today, it brands itself as the world’s “Digital Industrial Company.” GE helps to transform industries with software-defined machines and solutions. The company offers a wide range of products and services, ranging from aircraft engines, power generation, and gas production equipment to medical imaging, financing, and industrial products. By the end of 2016, the company had approximately 285,000 employees serving customers in approximately 180 countries around the world. 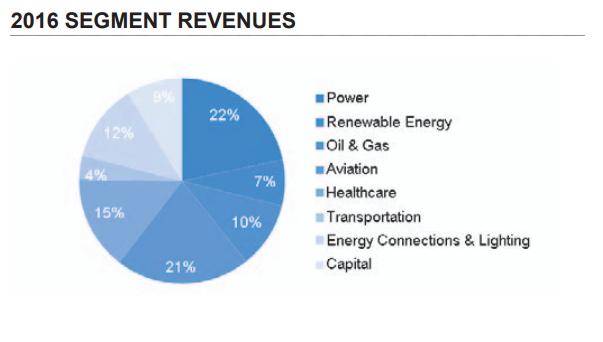 General Electric is a multinational conglomerate. While the U.S. is by far its biggest market by revenue, the company also has a significant amount of business in Europe, Asia, the Americas, the Middle East, and Africa. In 2016, 57% of GE’s revenue came from outside of the U.S. 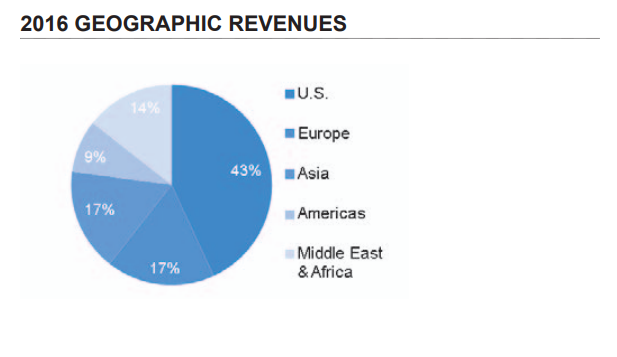 GE stock currently pays quarterly dividends of $0.24 per share. At today’s price, that translates to an annual dividend yield of 3.51%. To give you some perspective, the average dividend yield of S&P 500 companies right now is 1.91%.

The table below shows the dividend history of GE stock for the past 10 years:

Today’s GE is a solid dividend machine. In 2016, the company returned $8.0 billion to shareholders in the form of dividends. However, it wasn’t always smooth sailing for the Boston, Massachusetts-based industrial giant. Compared to the other best dividend stocks with decades of consecutive dividend increases, GE stock’s dividend stream ran into some obstacles during the last financial crisis.

In February 2009, the company announced that it would slash its quarterly dividend rate from $0.31 per share to $0.10 per share, representing a reduction of 68%. This marked General Electric’s first dividend cut since 1938. GE said that the move could save the company $9.0 billion every year. (Source: “GE Board of Directors Plans to Reduce Quarterly Dividend to $0.10 per Share Starting in the Second Half of 2009,” General Electric Company, February 27, 2009.)

One of the main reasons behind GE’s dividend cut was its then-troubling financing arm, GE Capital. GE Capital used to be a big part of GE’s business, but took a huge hit during the last financial crisis. The dividend cut announcement came just one month after Moody’s Investors Service placed the long-term debt of GE and GE Capital on review for a possible downgrade. (Source: “Moody’s reviews GE, GECC Aaa long-term ratings for possible downgrade,” Moody’s Investors Service, January 27, 2009.)

Since the dividend cut, General Electric has worked hard to bring its payout back on its growth track. From 2010 to 2017, the company has raised its quarterly dividend rate every single year. The latest dividend hike, which was announced in December 2016, increased GE stock’s quarterly payout by four percent to $0.24 per share. From 2010 to 2017, the company’s quarterly dividend rate has grown 140%. (Source: “GE Board of Directors Approves 4% Increase in Quarterly Dividends,” General Electric Company, December 9, 2016.)

However, despite being a solid dividend growth stock for the past seven years, GE’s quarterly dividend rate of $0.24 per share is still below its pre-crisis level of $0.31 per share. 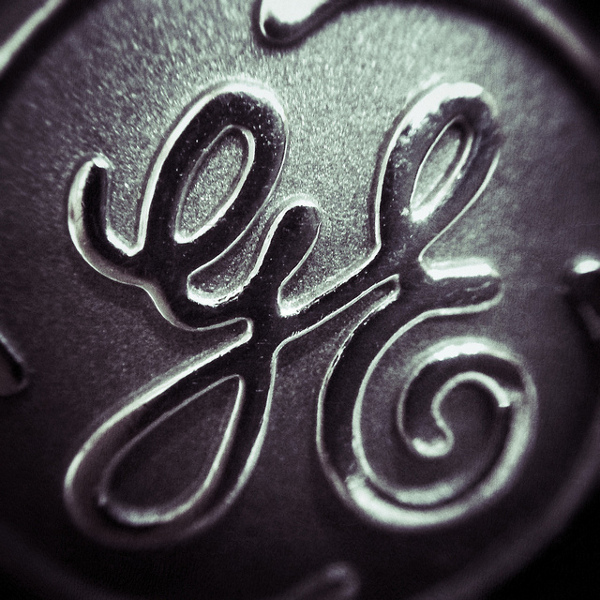 Will General Electric Raise Its Dividend in 2017?

Dividends come from a company’s profits. In order for GE stock to continue raising its payout, the company needs a growing business. To see whether there will be a GE dividend hike this year, let’s take a look at its recent business.

As we looked at earlier, GE Capital was one of the hardest hit segments of General Electric during the Great Recession. Some say that the trouble at this financing arm was the key reason behind GE stock’s dividend cut. The good news is that since the company announced its restructuring plan in 2015, General Electric has been selling GE Capital’s assets.

Basically, GE is going to focus on what it has always been good at: the industrial business. The company hopes that by having a much smaller financial segment through selling most of GE Capital’s assets, it could become a simpler and more valuable company.

“This is a major step in our strategy to focus GE around its competitive advantages,” said GE Chairman and Chief Executive Officer Jeff Immelt in the company’s restructuring announcement. (Source: “GE To Create Simpler, More Valuable Industrial Company By Selling Most GE Capital Assets; Potential To Return More Than $90 Billion To Investors Through 2018 In Dividends, Buyback & Synchrony Exchange,” General Electric Company, April 10, 2015.)

“GE today is a premier industrial and technology company with businesses in essential infrastructure industries. These businesses are leaders in technology, the Industrial Internet and advanced manufacturing. They are well-positioned in growth markets and are delivering superior customer outcomes, while achieving higher margins. They will be paired with a smaller GE Capital, whose businesses are aligned with GE’s industrial growth.”

In particular, the company expected that by 2018, more than 90% of its earnings will come from its industrial segments. In the year prior to the announcement of the restructuring plan, Industrials accounted for just 58% of GE’s earnings.

The company was quick to execute this plan. In 2015 alone, it entered into agreements to sell $157.0 billion of GE Capital’s assets and closed $104.0 billion of those deals. (Source: “Form 10 K,” United States Securities and Exchange Commission, last accessed July 5, 2017.)

Moreover, with the restructuring plan, Industrials has become GE’s growth driver again. The chart below shows the trend of General Electric’s revenue over the past three years:

In 2016, General Electric generated $123.7 billion of revenue, representing a five-percent increase from 2015. This was mainly driven by a $6.6-billion, or six-percent, increase in Industrial revenue. General Electric’s Power, Renewable Energy, Aviation, and Healthcare segments all posted year-over-year increases, but they were partially offset by decreases at the Oil and Gas, Transportation, and Energy Connections & Lighting segments. The company’s Financial Services revenue also increased by $0.1 billion, or one percent.

The bottom line improved substantially from a year ago. General Electric’s continuing earnings increased $7.5 billion in 2016, mainly because of decreased Financial Services losses of $6.7 billion. Increased Industrial continuing earnings of $0.5 billion and a net decrease of $0.2 billion resulting from income taxes, as well as interest and other financial charges, also contributed to higher earnings.

Well, note that in 2016, General Electric paid total dividends of $0.92 per share. And since it generated earnings of $1.49 per share, the company had a payout ratio of 61.7%. So GE was not paying out all it earned, leaving a margin of safety.

The company has also reported financial results for the first quarter of 2017. The report showed that GE had a strong start this year, with first-quarter organic revenues up seven percent, orders up 10%, and Industrial’s operating margin up 130 basis points from the year-ago period. The $0.21 in Industrial operating, combined with vertical earnings per share, is flat year-over-year on a reported basis, but would have been up 12% excluding gains and restructuring. (Source: “GE 1Q 2017 Earnings,” General Electric Company, April 21, 2017.)

With business improving and a relatively low payout ratio, I think General Electric has no problem keeping its track record of dividend increases going. However, because the company last raised its dividend in December 2016, GE’s expected dividend increase probably won’t arrive until the end of the year.

How Much Will General Electric Raise Its Dividend?

Dividends are sticky. While there is no guarantee, when a company announces a certain dividend rate, the expectation is that it will be able to keep paying at least this rate going forward. Therefore, companies would not want to raise their dividends to unsustainable levels.

General Electric’s growing business and relatively low payout ratio means there is room for dividend increases. However, the company also has to spend quite a bit on research and development to keep its competitive edge in its industrial segments. Based on the current situation, I expect GE stock’s next dividend hike to be another $0.01 increase to its quarterly dividend rate, or a payout increase of 4.2%. 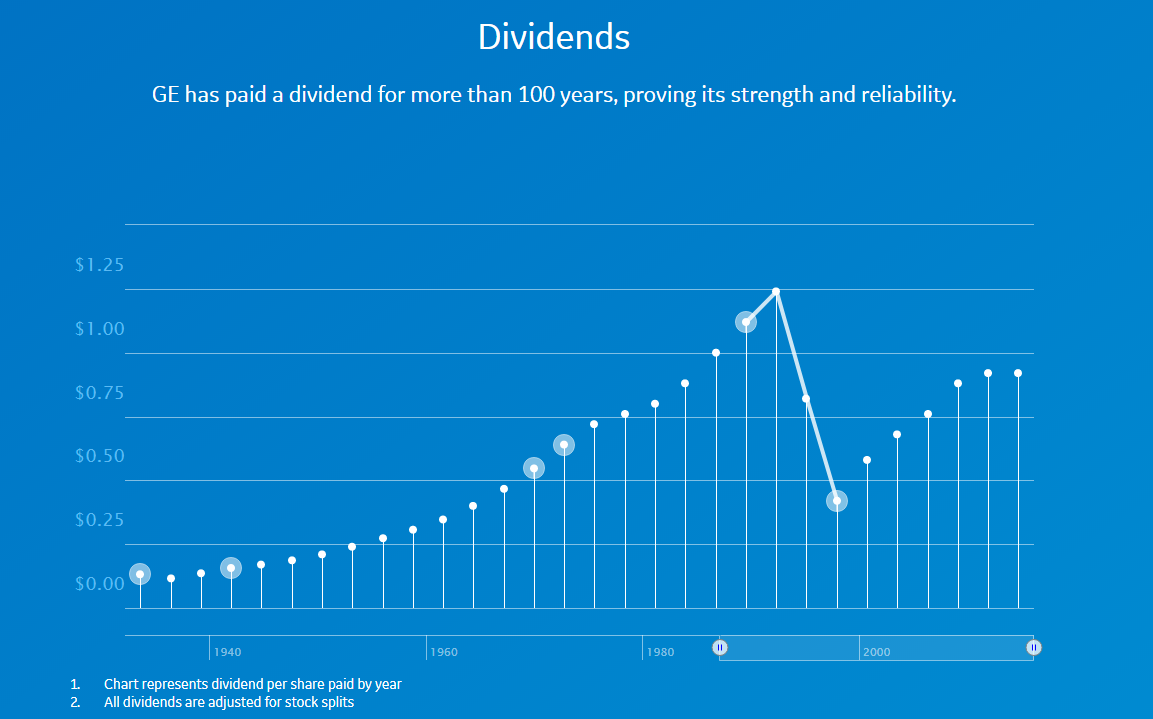 At the end of the day, keep in mind that paying a dividend is not the only way through which GE stock returns value to investors; the company is also buying back its shares. Through both dividends and buybacks, General Electric returned $30.5 billion in cash to investors in 2016. In the first quarter of 2017, GE returned another $4.4 billion in cash to shareholders.

Sure, the company had a bit of a hiccup a few years ago, but it is now moving in the right direction. With a solid business, a decent yield, and excellent growth prospects, GE stock is worth taking a serious look at for long-term investors.