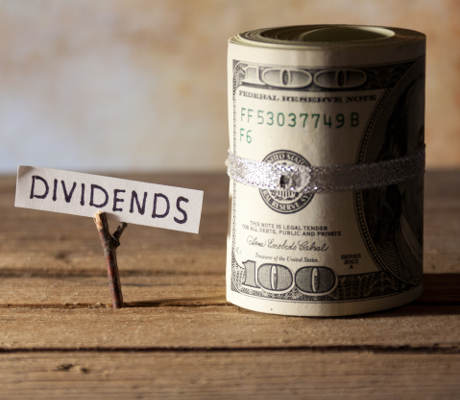 Fortis Inc.: Little-Known Monopoly Has Raised Its Dividend For 45 Years 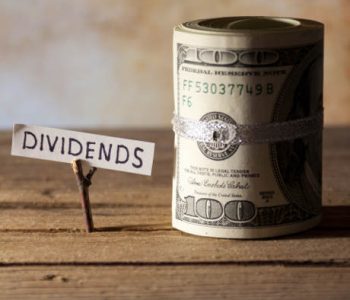 In business, beating the competition makes for great headlines. But if you want to make real money, it’s far easier to own a monopoly.

For proof, you only need to take a quick glance through the best picks I’ve made in my paid subscription service Automated Income. Companies like Atmos Energy Corporation (NYSE:ATO) and American Electric Power Company Inc (NYSE:AEP) have crushed the broader market since our original recommendations.

Case in point: Fortis Inc (NYSE:FTS). Over the past 90 years, this quiet Canadian utility has built a sprawling empire of monopoly assets. For shareholders, that has translated into a growing stream of dividend income—in other words, exactly the type of wonderful businesses we look for in my paid subscribers.

Fortis Inc owns a collection of regulated electric utilities and transmission assets across North America. The company’s core Canadian operations are centered in Alberta, Newfoundland, and British Columbia. These sleepy businesses provide steady, ongoing income which have funded the firm’s dividend growth over the past four decades.

In recent years, Fortis has bolstered its North American presence through a number of acquisitions. This has given the company a foothold in new markets like Arizona, New York, and the Caribbean.

Utilities have long provided a safe harbor for income-hungry investors, and for good reason. Even during a downturn, people still have to cook their food, heat their homes, and power their electronics. Because the industry has limited growth prospects, most profits get paid out to shareholders.

And given most households receive a bill from an electric utility each month, it’s one of the most relatable industries around. For these reasons, owning a well-run power company can become a veritable cash cow.

But what really gets me drooling over Fortis’s business, however, is the company’s monopoly position.

First off, the business operates under a series of franchise agreements that designate them as the sole supplier of electric and gas services in the markets they cover. This makes sense, given it’s too expensive to have four or five sets of power lines installed into everyone’s house.

Even if Fortis didn’t have these franchise agreements in place, the sheer cost of building a rival utility from scratch keeps any potential competitors out.

Fortis, or at least the companies it acquired, built out most of its operations decades ago. If you wanted to compete against these businesses today, it would cost many times that original expense to replicate their operations.

As a result, incumbent firms have much the markets they cover to themselves. Aside from modest resistance from regulators, they’re pretty much free to charge whatever price they need to turn a profit. Such a monopoly position has allowed the business to crush the broader market, as you can see in the chart below:

The “Pipelines” of the Utility Business

Fortis’s real trophy asset, however, might be the company’s ITC Holdings division. In 2016, Fortis acquired an 80.1% stake in the electric transmission firm, valuing the business at $11.3 billion.

These operations control the wires that take electricity from power generation stations to distribution utilities closer to customers. These transmission lines act like the pipelines of the power business, earning Fortis steady fee income on every gigawatt of energy passing through.

This business enjoys a natural geographic monopoly. The sheer cost to replicate the company’s power line business is enough to scare off all but the most deep-pocketed competitor.

But even if a potential rival tried this, it would only split the existing business between two routes. That would present an unprofitable situation for all participants involved.

The government, furthermore, provides an extra layer of protection. Regulators will only approve new transmission lines if the industry has a demonstrated need for extra capacity.

These operations could become a money-making machine in the coming years. As new natural-gas-fired power plants and wind farms replace coal-burning facilities, the industry will need to build out hundreds of thousands of miles of new transmission lines. Many of these renewable energy sources also operate far away from their end customers, requiring more transportation infrastructure.

Fortis executives project they will spend $3.0 billion in capital expenditures annually across its entire business for the next several years to fund its own growth. Most of these investment dollars will get funneled into new transmission lines required to beef up the nation’s electric grid.

So with energy flowing through its network, Fortis should see profits surge from this division going forward. Executives project the company’s ITC division will be able to raise its rate base by seven percent annually over the next five years. That’s blistering growth for a utility business.

For shareholders, the collection of such monopoly businesses has translated into jaw-dropping returns. Over the past two decades, Fortis has earned $0.12 in profit on every dollar of capital invested into the business. During that period, shares have generated a total return, including dividends, of 780%. This crushed the 104% return from the broader S&P 500 during the same time.

Today, Fortis Inc stands in fine financial health, with plenty of liquidity and a manageable debt maturity profile. To fund its aggressive expansion campaign, the company has taken out $1.60 in liabilities on top of every dollar of equity on the books—a slightly elevated debt load for a utility company.

That said, FTS stock’s payout ratio comes in at only 64%. This leaves management with plenty of financial wiggle room to continue making payments to shareholders even in the event of a downturn.

And given the recession-proof nature of Fortis’ business, shareholders have even less to worry about; barring a financial crisis akin to the Great Depression, I would not expect a dividend cut.

That payout will likely continue to grow. Electricity demand grows slowly but relentlessly, and over time Fortis should be able to raise prices faster than inflation.

We expect the robust economics of the business to translate into a long-run distribution growth rate of five to six percent annually. Management could boost this figure further through additional acquisitions (once the company has digested its gigantic purchase of ITC Holdings) and by increasing its payout ratio. 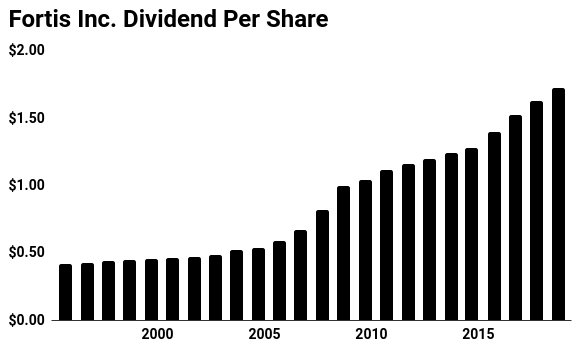 And there has never been a better time to scoop up FTS stock. Thanks to the plunging value of the Canadian dollar, shares of businesses in the “Great White North” have gotten hammered. At our entry price of $34.21, Fortis pays an upfront yield of 3.8%.

Add our growth forecast of five to six percent, and shares should provide a total return near 10% per year. That more than meets my hurdle rate for such a strong company.

With its dividend history pristine, I see three big risks for Fortis: regulatory uncertainty, new acquisitions, and higher interest rates. While Fortis enjoys a monopoly position in most of the markets it serves, the company doesn’t have the freedom to set whatever price it likes. Regulators typically allow utilities to charge customer rates that allow them to earn a fair rate of return. In this role, government agencies try to set a rate that minimizes the cost to consumers while also high enough to encourage ongoing investment from capital providers.

Historically, Fortis has maintained cordial relations with regulators, as evidenced by their respectable return on capital employed. A more consumer-friendly body, however, could upset that balance and drive down profits in areas where Fortis operates. This presents an especially big risk in less politically stable areas like the Caribbean.

The other two risks look more mundane. Fortis’s drive to grow through acquisitions raises the risk that it will overpay for new businesses. Management must also be mindful of the strategic benefits for any new purchases. Personally, I would like to see the company use its internal cash flows to raise its payout ratio, pay down debt, and fund a long list of internal projects rather than make more acquisitions.

Granted, CEO Barry Perry has done a good job at allocating capital to new purchases. Higher interest rates present a bigger risk. Because the company’s dividends resemble bond coupons, Fortis shares compete directly with fixed-income securities for capital. If rates rise, traders will likely dump their Fortis stock for safer returns elsewhere. Still, I would view any selloff from higher rates has a chance to build an even bigger position. And over the long-haul, loyal shareholders should still do quite well.

The Bottom Line on FTS Stock

Fortis Inc is a sleepy utility from Canada that’s run by a conservative management team with a commitment to rewarding shareholders. With a 3.8% (and growing) dividend yield, a monopoly position, and fast-growing rate base, I suspect shareholders of FTS stock will do quite well over the long run. Because, as I always say, “When you’re the only one, you’re number one.”