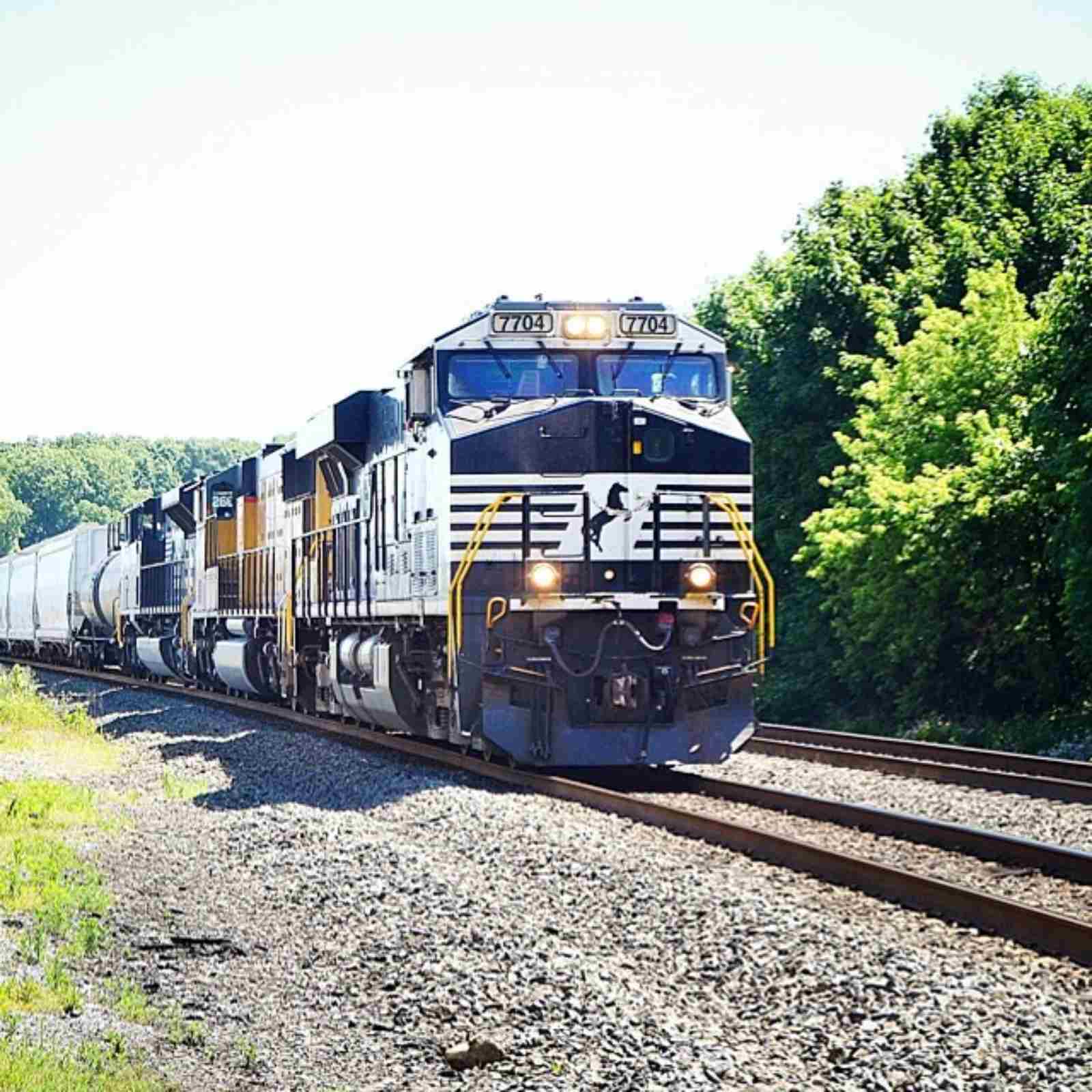 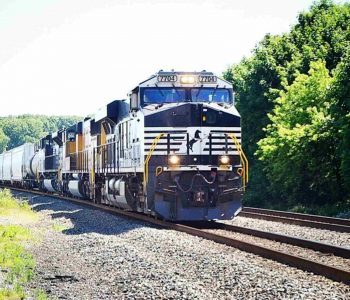 Norfolk Southern Corp. Is One Stock for the Next 100 Years

While tech names have stampeded ahead in the past few years, the best-performing stocks have been some of America’s oldest: “Forever Assets.”

Longtime readers have heard me use the term before. I coined it to describe an elite group of dividend stocks that have rewarded their shareholders not just for years or decades, but for generations.

You’ve probably heard of many of these companies: Coca-Cola Co (NYSE:KO), Johnson & Johnson (NYSE:JNJ), and Procter & Gamble Co (NYSE:PG), to name a few. All these companies boast durable brand names and wide economic moats. As a result of their outsized competitive advantages, they’ve managed to consistently beat the broader market averages for years.

Their competitive advantages have also allowed these businesses to survive some of the worst economic downturns in living memory.  Thousands of businesses have shuttered since the turn of the century, but my collection of Forever Assets have managed to prosper through wars, depressions, crashes, inflation, and political turmoil.

And even during the current COVID-19 pandemic, most of these companies have carried on with business without so much as a hiccup in dividend payments to shareholders.

Case in point: Norfolk Southern Corp. (NYSE:NSC). Sure, railroads might seem like a 19th-century investment, but this industrial giant has a number of things going for it: a nearly irreplaceable asset, thick profit margins, and near-monopoly control over customers. Those inherent advantages have quietly made NSC stock one of the market’s best performers over the past decade. And investors have good reason to expect this Forever Asset to keep chugging along in the 21st century and beyond.

Norfolk Southern can trace its roots back to 1827, under the banner of South Carolina Canal and Rail Road Company. The company laid a 136-mile line from Charleston to Hamburg, connecting rural cotton farmers to ports on the coast. By the end of the 19th century, the business owned thousands of miles of track that crisscrossed the state. (Source: “South Carolina Canal & Rail Road,” American-Rails.com, last accessed November 5, 2020.)

Today, Norfolk Southern is a $56.0-billion company. Over the past few decades, management has quietly accumulated 19,500 route miles of track across the eastern United States. On these routes, the company hauls everything from coal and chemicals to shipping containers and other merchandise. (Source: “About NS,” Norfolk Southern Corp., last accessed November 12, 2020.)

And as you can see in the chart below, NSC shares have crushed the broader S&P 500 over the past two decades.

The secret to Norfolk Southern’s success and status as a Forever Stock comes down to a network of irreplaceable assets. Back when the company laid down its rail lines, executives could purchase land for pennies an acre. Today, cities and towns have sprung up along these routes. It would cost billions of dollars for any potential upstart to buy out landowners, keeping all but the most deep-pocketed investors out of the business. Even then, any potential rival would only split the existing business, resulting in an unprofitable situation for everyone involved.

Moreover, shipping by rail is less expensive than by other forms of transportation. A train can move a ton of freight roughly 492 miles on a single gallon of fuel—three times more efficient than moving the same goods by truck on a highway. (Source: “Fuel Efficiency,” CSX, last accessed November 12, 2020.)

That permanent cost advantage means railroads like Norfolk Southern Corp. operate like the Walmart Inc (NYSE:WMT) of the transportation industry. They can consistently undercut competitors on price, hoarding large chunks of market share. At the same time, Norfolk Southern can earn above-average margins on each sale.

For NSC shareholders, this one-two combination has resulted in outstanding returns. In the first quarter of 2020, Norfolk Southern Corp.’s operating profit margins topped 46%. And over the past five years, the company has earned $0.16 in profit on every dollar that shareholders have invested into the business.

Off the top of my head, I can only name a handful of businesses that can generate numbers like that in any given year. But to see a company generate such extraordinary results so consistently puts it in a very elite league of wonderful businesses.

So what does Norfolk Southern do with all this money? For one thing, railroads are capital-intensive businesses; the company needs to spend a lot of money each year maintaining its track network. But the fact is, the industry matured decades ago. There’s little need to build new rail lines or invest in much machinery. So, with way more cash coming in each year than management could possibly invest, executives have opted to pay out most of the profits to shareholders.

Since 2001, Norfolk Southern has boosted its distribution at a 16% compounded annual clip. Even during the 2008/2009 financial crisis, management had no problem dishing out generous dividend hikes to shareholders. Today, the company pays a quarterly distribution of $0.94, which comes out to an annual yield of 1.7%.

Norfolk Southern also returns cash through share repurchases. Over the past decade, the company has spent over $10.0 billion in stock buybacks. In effect, this has cut the number of outstanding shares by almost half over that period. Or to put it another way, investors who’ve bought and held NSC stock over the past decade have more than doubled their stake in a wonderful business without having to invest one more red cent. 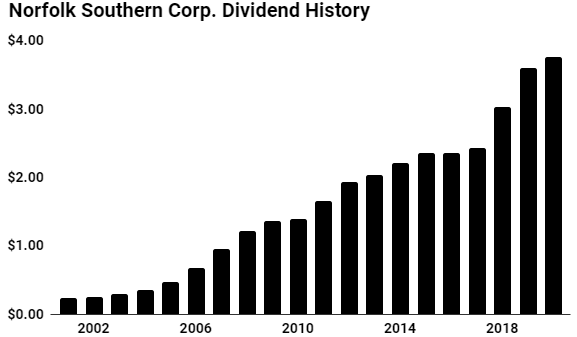 None of which is meant to imply that NSC stock is a sure thing. Railways represent the arteries of the U.S. economy, so sales take a hit during any slowdown. Norfolk Southern also earns a large chunk of its revenues from coal shipments, which will decline as the country shifts to natural gas and renewable energy sources.

But here’s the thing: over the next 100 years, we’re going to have more people living in this country. And over that period, those people will demand more and more goods. While some of those products will be shipped via trucks, planes, and barges, the railroad industry’s cost advantage will allow names like Norfolk Southern to control the biggest market shares. And while the company will have a few down years over the coming century, its asset base will still throw off mountains of free cash flow.