Due to what happened in the last financial crisis, automotive companies haven’t been the most popular choices for income investors. However, one automaker could still be worth owning—Ford Motor Company (NYSE:F). Let’s look at three reasons for investors to consider Ford Stock.

The number one reason to own Ford stock is to collect its generous dividends. As income investors, we are well aware that because of the rise in overall stock market, dividend yields have been subdued. In fact, the average yield of S&P 500 companies right now is just 1.93%. (Source: “S&P 500 Dividend Yield,” Multpl.com, last accessed August 11, 2017.)

Ford stock, on the other hand, is much more generous. Paying a quarterly dividend of $0.15 per share, the company has an annual dividend yield of 5.57% at the current price. In other words, investors purchasing Ford shares today can earn a yield that’s nearly three times the S&P 500’s average.

Of course, sometimes a company’s yield is high simply because its share price has tumbled. And while Ford stock is far from being a hot commodity, the main reason behind its handsome yield is actually the company’s ability to raise its payout.

Ford resumed its dividends in 2012. The chart below shows the company’s dividend history since then. 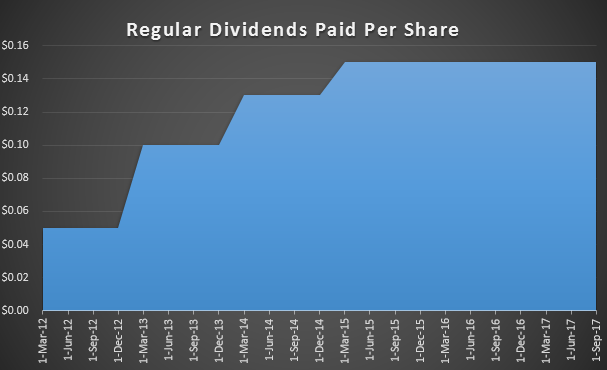 Why Ford’s Dividend Can Keep Growing in 2017

The bottom line was solid as well. Ford’s reported earnings were $1.15 per share for 2016. Adjusted earnings, which exclude one-time items, were $1.76 per share. No matter which metric you use, it’s easy to see that the company was earning quite a bit more than the $0.60 of regular dividends it paid in 2016. 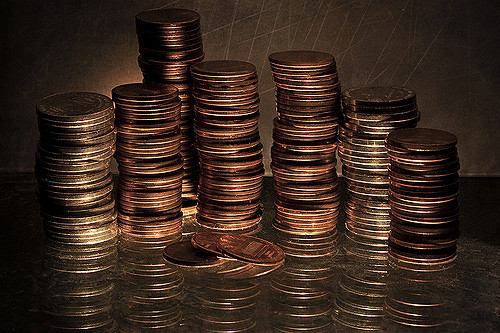 While Ford Motor Company’s business has grown substantially over the last few years, investors haven’t really warmed up to it. As a result, the company now offers very attractive valuations in this bloated stock market.

In a market where all three major indices recently surged past their all-time highs, bargains are hard to find. With a much improved business and generous distributions, Ford stock deserves a second look from income investors.