Why Ford’s Dividend Can Keep Growing in 2017 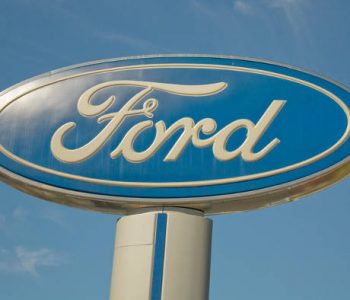 It goes without saying, but Ford Motor Company (NYSE:F) isn’t exactly the most stress-free dividend stock you can choose to own in your portfolio. Unlike recession-proof consumer goods blue chips–think The Coca-Cola Co (NYSE:KO), Clorox Co (NYSE:CLX), and Johnson & Johnson (NYSE JNJ)–Ford’s capital-intensive business model and exposure to the highly cyclical auto industry often lead to prolonged periods of stomach-churning volatility. For example, F stock has a beta that’s about 30% higher than the overall market’s.

But just like any other business if cash flow remains robust, industry conditions look fairly stable, and valuation seems cheap, its stock is always worth considering.

At the moment, I believe F stock checks off all of those boxes.

The environment for automakers has been fairly favorable in recent years, with the big boys in the space marking record sales in 2015 and 2016. Unfortunately for Ford investors, however, F stock hasn’t kept up with the overall sector upswing; over the past year, the stock is up a measly three percent.

In Ford’s fourth-quarter release last week, the company said it posted earnings per share of $0.30 on better-than-expected revenue of $36.0 billion. Furthermore, full-year 2016 marked the company’s second-best ever in terms of pre-tax profits, thanks to strong performance in regions like North America, Europe, and China.

“This underscores the substantial progress we are making in expanding our business to be an auto and a mobility company,” said President and Chief Executive Officer Mark Fields. “This year, we’re focused on building on our strengths, transforming underperforming parts of our business and investing in the emerging opportunities that will provide even more profitable growth in the future.” (Source: “Ford Finishes 2016 Strong; Fourth Quarterand Full-Year Profits in Line with Expectations,” Ford Motor Company, January 26, 2017.)

So what’s up with “Mr. Market’s” still-subdued response to F stock?

Well, although Ford is managing to largely meet expectations, it’s not exactly gaining significant ground against intense rivals like General Motors Company (NYSE:GM) and Volkswagen AG. At the end of 2016, for example, Ford’s global market share stood at 7.3%, which was down slightly from 2015. Also, the fourth-quarter automotive operating margin fell to 5.7% from 6.1% in the year-ago period, reinforcing concerns about its competitive position going forward.

Looking ahead, management cautioned that investors should expect to see sales, margin, and earnings declines in 2017.

“For 2017, in terms of guidance we’re continuing to expect that North America’s operating margin and its profit is going to be strong,” Chief Financial Officer Bob Shanks said in the conference call with analysts, “but as we’ve said previously it will be lower than 2016 and this is mainly due to unfavorable volume and mix and also to the increased investments that we’re making in the areas of emerging opportunities.” (Source: “Ford Motor’s (F) CEO Mark Fields on Q4 2016 Results – Earnings Call Transcript,” Seeking Alpha, January 26, 2017.)

The Bottom Line on F Stock

Despite management’s cautious outlook for 2017, Ford is doing what’s necessary to drive growth and, in turn, increase dividends over the long run.

While North America continues to see market share and margin pressure, Ford’s market share in the attractive Chinese market continues to grow nicely (thanks largely to a 200% spike in Lincoln sales). Moreover, management continues to invest heavily in future tech such as electric and autonomous self-driving vehicles, ensuring that the company never gets left in the innovative dust.

When you couple those growth initiatives with all the room that Ford has to increase its current dividend–trailing-12-month operating cash flow of $19.1 billion versus dividends of just $3.4 billion–F stock’s yield of about five percent should get any income-seeker’s motor running.