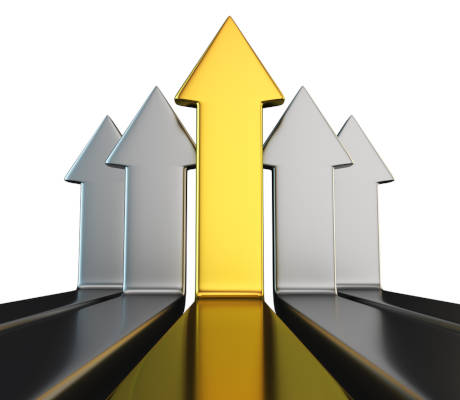 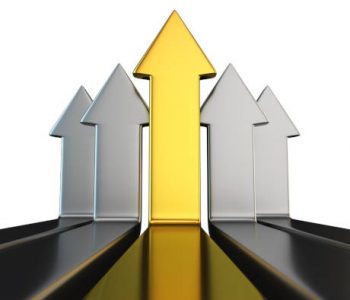 Dividend Stocks to Watch in September

Historically, September is the worst month for stocks. It doesn’t help the situation that all three major indices of the U.S. stock market are near their all-time highs. After a prolonged bull market, even the most optimistic investor has to ask themselves, “Are there any buyers left to drive stocks higher?”

Meanwhile, geopolitical uncertainty remains a concern for market participants. At the same time, the U.S. Federal Reserve has hinted at two more interest rate hikes for the rest of 2018. Since consumers and businesses have gotten too comfortable with ultra-low interest rates for most of the last decade, it’s yet to be seen whether the U.S. economy can handle a few more rate hikes.

Dividend Stocks Could Shine in September

Well, if you focus entirely on the “buy low, sell high” strategy, then September’s bad reputation for stocks could keep you up at night. But note this: for companies to pay dividends to investors, they do not need the approval of Mr. Market.

That is, the stock market could take a tumble but dividend investors could still get cold, hard cash deposited into their brokerage accounts.

What’s even better is that solid dividend-paying companies often raise their payout to shareholders over time. At some companies, management reviews their dividend policy every year.

Here’s the best part. While it’s often said that dividends are sticky, dividend increases tend to be sticky, too. Think about it: if a company has been raising its payout every year for decades and that streak suddenly stops, management will likely have some serious explaining to do.

That’s why, even in hard times, companies with strong dividend growth histories will still want to keep their streaks alive. This pattern was very obvious in the last financial crisis. Even though investors suffered huge losses from the market-wide downturn, shareholders of many solid dividend-paying companies still got their annual pay raises.

Below, I have compiled a list of five companies that tend to review their dividend policies in September. Based on their underlying financials, I believe that these companies have the ability to deliver dividend increases in the coming month.

When an investor can see several stocks in their portfolio raise their payouts in September, the “worst month for stocks” might not be so bad after all.

List of Companies Set to Raise Their Dividends in September 2018

While McDonald’s Corp (NYSE:MCD) is often associated with junk food, MCD stock is a healthy fit for an income portfolio.

You see, McDonald’s Corp has raised its dividend every year for the past 41 years. That makes it a Dividend Aristocrat, which is a title only awarded to companies with at least 25 consecutive years of annual dividend increases. (Source: “Dividend History,” McDonald’s Corp, last accessed August 20, 2018.)

Paying $1.01 per share on a quarterly basis, MCD stock offers investors an annual yield of about 2.5%.

Based on the company’s dividend history and its growing business, investors can expect another dividend increase announcement from McDonald’s to arrive in the second half of September.

Defense contractors aren’t known for their dividends, but Lockheed Martin Corporation (NYSE:LMT) stock has been a nice exception.

Headquartered in Bethesda, Maryland, Lockheed Martin is one of the largest aerospace and defense companies in the world. It is famous for making the “F-35” fighter jets.

The best part is, the company still has plenty of room for future dividend increases. In 2017, Lockheed Martin’s adjusted earnings from continuing operations came in at $3.9 billion, or $13.33 per share. Since the company declared and paid total dividends of $7.46 per share during the year, it had a rather conservative payout ratio of 56%. (Source: “Lockheed Martin Reports Fourth Quarter and Full Year 2017 Results,” Lockheed Martin Corporation, January 29, 2018.)

Going forward, Lockheed Martin is well positioned to continue its dividend hike track record. In the company’s latest earnings release, management raised their guidance. For full-year 2018, management expects LMT to generate diluted earnings of between $16.75 and $17.05 per share, which would represent a sizable increase from the prior year. (Source: “Lockheed Martin Reports Second Quarter 2018 Results,” Lockheed Martin Corporation, July 24, 2018.)

Combining a low payout ratio with an improving bottom line, Lockheed Martin Corporation should have no problem announcing another dividend increase in September 2018.

We know that having a first-mover advantage can pay off big-time. And that’s the case at Microsoft Corporation (NASDAQ:MSFT). By capturing the personal computer operating system marketplace decades ago, Microsoft has grown to become one of the biggest companies on Earth. Today, it pays shareholders billions of dollars in dividends on an annual basis.

Microsoft established a quarterly dividend policy in 2004, with an initial quarterly rate of $0.08 per share. Since then, the company has raised the amount every single year. With MSFT stock’s quarterly dividend rate standing at $0.42 per share at the moment, the company’s payout has grown by a total of 425%. (Source: “Dividends and Stock History,” Microsoft Corporation, last accessed August 20, 2018.)

And don’t for one second think that the company is done with those dividend increases. Thanks to a booming cloud computing segment, this legacy tech giant has found new growth momentum. In the fiscal year ended June 30, 2018, Microsoft’s revenue increased by 14% to $110.4 billion. Adjusted earnings came in at $3.88 per share, up 16% from the prior year on a constant currency basis. (Source: “Earnings Release FY18 Q4,” Microsoft Corporation, July 19, 2018.)

With a management that’s willing to return cash to investors, growth in Microsoft’s business will likely translate to bigger dividend checks. I expect the company to announce at least a high-single-digit dividend increase this September.

STORE Capital Corp (NYSE:STOR) is in the real estate business. It focuses on the acquisition of, investment in, and management of single-tenant operational real estate. As of June 30, the company’s portfolio consisted of investments in 2,084 property locations. (Source: “2018 Second Quarter Investor Presentation,” STORE Capital Corp, last accessed August 20, 2018.)

These properties are diversified across 412 customers/tenants from 49 states. Approximately 75% of STORE Capital’s lease contracts are rated investment-grade. With a portfolio occupancy rate of 99.7%, the company earns a sizable stream of rental income.

Structured as a real estate investment trust (REIT), STORE Capital passes most of its profits to shareholders through dividends. The company currently pays quarterly dividends of $0.31 per share, giving STOR stock a handsome annual yield of 4.3%.

And while the company is a relatively new name in the business (it went public in 2014), its dividend growth has been nothing short of impressive. Since April 2015, STORE Capital’s quarterly dividend rate has increased by 24%. (Source: “Dividends,” STORE Capital Corp, last accessed August 20, 2018.)

In other words, the company should have no problem raising its payout next month.

Realty Income Corp (NYSE:O) is another dividend stock from the real estate sector. It stands out due to its distribution schedule. While most dividend-paying companies distribute on a quarterly basis, Realty Income pays investors every month.

As a matter of fact, the company has been paying uninterrupted monthly dividends since its founding in 1969. And since Realty Income went public in 1994, it has raised its payout on 97 different occasions. (Source: “Monthly Dividend Commitment,” Realty Income Corp, last accessed August 20, 2018.)

Just like STORE Capital, Realty Income Corp has a growing business to back up its dividend increases. In the second quarter of 2018, the company’s AFFO increased 8.9% year-over-year to $227.0 million. In the first half of this year, Realty Income generated total AFFO of $451.5 million, marking a 10.2% increase from the prior-year period. (Source: “Realty Income Announces Operating Results For Second Quarter And First Six Months Of 2018,” Realty Income Corp, August 1, 2018.)

The business is also quite stable. Realty Income Corp has a high-quality tenant base that’s filled with established companies like Walgreens Boots Alliance Inc (NASDAQ:WBA), FedEx Corporation (NYSE:FDX), and Walmart Inc (NYSE:WMT). The company also boasts a strong occupancy rate of 98.7% and a weighted average remaining lease term of 9.3 years.

Note that recently, Realty Income Corp has been raising its payout on a quarterly basis. The last dividend increase was announced on June 19, so the next one will likely be in September.