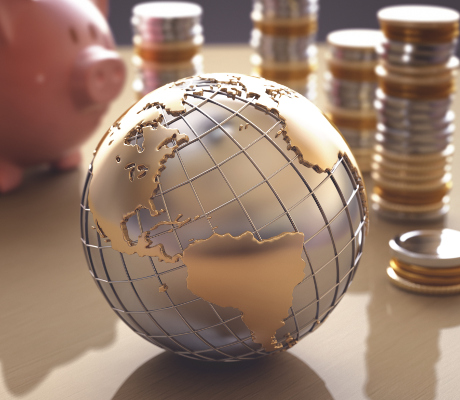 Financial Collapse: Is Your Retirement Safe From the Government? 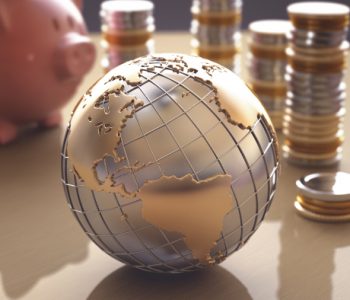 You could be hit by a tax hike.

Backers say it will save Social Security from financial collapse. Taxpayers can call it a cash grab. Regardless, people will have to fork over more cash for an increasingly lousy retirement plan.

This year, the maximum amount of earnings subject to payroll taxes jumped by 7.3% to $127,200.00 per year. The move is the largest increase to the salary cap ever. In effect, millions of households will have to cough up an extra $539.00 each year. (Source: “Millions Of Workers Will Pay More Taxes In 2017 Despite Not Having A Higher Tax Rate,” Forbes, January 17, 2017.)

The move, though annoying, is just the latest skirmish in the war on savers.

We’re watching a slow-motion U.S. financial collapse. Nearly two decades of war have drained the nation’s wealth. Endless red tape hollowed out our industry. That reality is clear to anyone outside of the capital.

The central bank papered over these problems with low rates, but now the buzz is wearing off. The search for yield has funded trillions of dollars in bad investments, most of which will never turn a profit. All we have to show for it are bankrupt shale drillers and a tech stock bubble.

The country might be poorer, but the debt remains. Institutions have promised trillions of dollars in bonds, pensions, and other liabilities. Most of those bills will never be paid. Who pays the price? That will be the battle over the next 10 or 20 years.

The first victims in the War on Savers? Retirees.

Politicians need to dip into our savings to fund their deficits. Of course, they can’t outright steal your 401(k) or individual retirement account. They have, however, found the next best thing: low interest rates.

Zero-rate policies have sapped nest eggs penny by penny. Those counting on interest income have been forced to dip into their principal. The policy is a stealth transfer of wealth from savers to the non-producing government and financial class.

Consider a retired worker who scratched together $500,000.00; not too bad after the economic collapse and stock market crash of 2008. A decade ago, this retiree could’ve earned a modest income by investing in safe bank certificates of deposit. Today, his daily interest income will barely pay for a cup of coffee.

Seniors have been hammered. Over a quarter of retirees report having to offer less assistance to family or charities due to low-interest rates. More than half report cutting spending on travel, pleasure, or other activities. Right when millions of baby boomers approach retirement, they will find that their nest eggs produce next to no income. (Source: “No B.S. Marketing Letter,” Dan Kennedy, July 2012.)

Rate hikes are a mirage. Analysts expect interest rates to rise with President Donald Trump, but these yields won’t make up for soaring inflation. While savers will bank more in interest, their payments will buy them less at the grocery store.

Pensions will be the second front.

California has long been in a proxy war between pensioners and taxpayers. Last year, courts upheld the right of Marin Country to reduce final-year salary levels in pension calculations. The move resulted in benefit cuts for thousands of municipal workers and sets the precedent for other counties. (Source: “California Case Opens Door for Pension Benefit Reductions,” Bloomberg, September 6, 2016.)

In the U.K., companies must adjust benefits with inflation. In response to poor returns, longer lifespans, and low rates, business has lobbied to scrap this law. If their bill is passed, pensioners could see their incomes cut by as much as a third. (Source: “Final salary pensions could be cut by up to a third under new Government shake-up,” The Daily Mirror, August 23, 2016.)

Management got a bonus, shareholders made a fortune, and pensioners and taxpayers were left on the verge of financial collapse in 2017.

The biggest battle, however, could be waged over Social Security.

Republicans have tipped their hands. In December, Congressman Sam Johnson (R) outlined a proposal to save the program from financial collapse. None of his ideas are good news for retirees counting on Social Security to pay their bills. (Source: “Sam Johnson Unveils Plan to Permanently Save Social Security,” Sam Johnson, December 8, 2016.)

“My commonsense plan is the start of a fact-based conversation.” Johnson explained in a statement. “I urge my colleagues to also put pen to paper and offer their ideas about how they would save Social Security for generations to come. Americans want, need, and deserve for us to finally come up with a solution to saving this important program.” (Source: Ibid.)

Translation: retirees could get hosed.

Johnson’s plan calls for cuts to benefits and raising the retirement age from 67 to 69. He also wants to change the way that cost of living adjustments are calculated. This amounts to a stealth cut, whereby benefits buy less and less each year.

What could this mean for recipients? Consider a 65-year-old applying for benefits in 2030. Assume she earned an average income of $49,000 per year over four decades, which is close to the median income of most Americans. Under Johnson’s plan, she would see her income drop by 17%.

The press release is just a test of the political waters. Johnson’s proposal, though, has received a lot of interest in Washington. El Presidente Donald Trump campaigned against cutting Social Security, but he has since been mum on the issue. Any effort to gut the program, however, would likely face little fight from a Republican-controlled House and Senate.

Can We Really Trust the Government?

The bottom line is that we’ve just witnessed the first salvos in the “War on Savers.”

The stock market crash and financial collapse of 2008 means there’s less money to go around. Everyone, from unions and shareholders to taxpayers and government, are waging battles for a smaller pot.

What should people do? Big stakeholders are gearing up. They know what’s coming. Nobody wants to be surprised by a blitzkrieg attack from the opposition.

The rest of us need to keep our heads down. Like any army outmatched by a larger foe, small savers must employ guerrilla tactics. In my next essay, I’ll outline exactly how to survive.