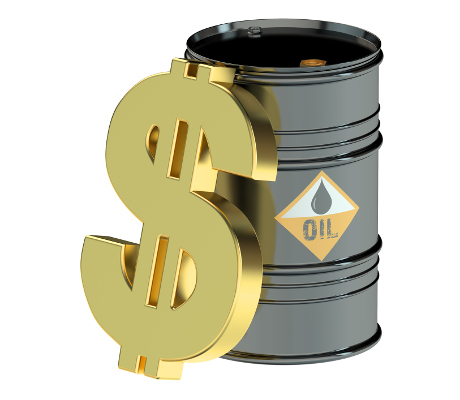 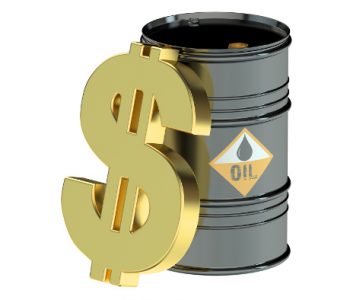 Blue-chip stocks aren’t always the safest investments. Oil and gas behemoth Exxon Mobil Corporation (NYSE:XOM), for instance, continues to trade near 52-week lows, down about seven percent already in 2017 and off roughly 12% from its July highs.

Exxon Mobil’s drastic reserve reductions and slumping production amid low oil prices remain a huge concern for investors, so much so that the sustainability of its $0.75 quarterly dividend is coming into question.

Well, at an analyst presentation on Wednesday, Exxon Mobil Corporation sought to ease investor worries by highlighting its plans to boost cash flow and, in turn, support the 100-plus-year-old dividend. Regular readers know that I was already pretty bullish on Exxon stock’s potential, but after listening to the presentation, I’m even more confident in the company’s turnaround prospects.

In other words, Exxon’s current risk/reward trade-off is particularly attractive to me. Let’s take a closer look and find out why.

The most comforting news out of the presentation, by far, is Exxon Mobil Corporation’s transition to shorter-term opportunities.

See, for decades, Exxon has used its financial muscle to invest billions of dollars in long-term projects that take several years to pay off, but many of those reserves are now proving to be unprofitable in today’s market of low oil prices. Just a few weeks ago, management removed a whopping 3.3-billion barrels of oil equivalent from its books, marking the company’s biggest reserve reduction in almost 20 years.

But in order to adjust to new market realities, management said it will now devote about 25% of 2017’s spending budget to short-cycle projects, primarily in the U.S. shale. As opposed to long-cycle investments that take years to complete and even more time to generate income, short-cycle projects are expected to produce positive cash flow in less than three years after the initial investment.

Naturally, that’s great news for the dividend in the short run, as these quick-cash shale projects will allow the company to be far more flexible as oil prices gyrate.

For example, Exxon Mobil Corporation has roughly 5,500 wells in the Permian Basin (Texas) and the Bakken shale (North Dakota) boasting a return of 10% or greater at only $40.00. Furthermore, management says that annual output from these basins could reach as high as 750,000 oil-equivalent barrels per day in 2025, representing a compound annual growth rate of 20%.

Exxon has been particularly keen on strengthening its position in the Permian Basin, where recent investments have more than doubled its production in the region to six-billion barrels of oil equivalent (BOE). Currently, Exxon is producing roughly 140,000 net BOE per day across the Permian, with an estimated 60-billion BOE in place.

Next year, Exxon Mobil will bump its U.S. shale investments even further, with the region expected account for about 50% of its drilling budget.

So while the company isn’t over its production and reserve woes by any means, investors can at least take comfort in knowing that cash will flow at a faster rate and be far less leveraged to the price of oil—both huge positives for the dividend.

“The shift from long to short is really a reflection of the opportunity that has grown in the short-cycle business,” said Chairman and CEO Darren Woods. “That part of the business isn’t in discovery mode; it’s in extraction mode.” (Source: “Exxon’s New CEO Shifts Investments to Quick-Earning Shale Oil,” Bloomberg, March 1, 2017.)

Now, in case you were worried that Exxon Mobil Corporation’s shift to short-term projects might negatively impact the long-term viability of the dividend, don’t be.

Exxon still plans to invest in the large, longer-term endeavors that it is famous for. But naturally, they’ll just now represent a smaller portion of the company’s portfolio and be more concentrated within higher-value, higher-return locations like Canada, Guyana, and the United Arab Emirates.

Management is especially bullish on its prospects in Guyana, where just a single offshore field , called Liza, is likely to contain roughly 1.4-billion BOE. That already puts Liza on par with some of the company’s larger oilfields around the world. Moreover, Liza phase one startup is expected by 2020, less than five years after initial discovery, suggesting that Exxon Mobil Corporation is also making it a point to speed up its long-term projects. That’s more good news for the dividend.

In total, the company has about 100 long-term projects in its upstream portfolio, with management targeting annual output of 4.0 million to 4.4 million BOE per day through 2020.

Remember, even prior to the shift towards the U.S. shale, Exxon didn’t exactly have a problem generating dividend-fueling cash flow. Even with production declining, Exxon’s 2016 operating cash flow clocked in at $22.0 billion (versus dividends of just $12.4 billion), clearly outpacing that of other major oil producers.

So while investors might have growing concerns over Exxon Mobil Corporation’s steadily increasing payout ratio, the dividend remains very well-covered from a cash flow perspective.

Moreover, Exxon was the only major integrated oil company in 2016 to generate positive free cash flow and to increase its dividend significantly.

In fact, the company has grown its annual dividend for 34 consecutive years, with an annual increase of 8.8% over the past decade. That easily exceeds both the broader market and close industry peers over the same period.

With management taking strong initiative to adjust to market conditions and deal with its production declines headfirst, instead of just resting on its laurels, I don’t expect that dividend streak to end anytime soon.

“Our job is to compete and succeed in any market, regardless of conditions or price,” said Woods. “To do this, we must produce and deliver the highest-value products at the lowest-possible cost through the most-attractive channels in all operating environments.” (Source: “ExxonMobil’s Integration, Diverse Portfolio of Investments to Drive Growth,” Exxon Mobil Corporation, March 1, 2017.)

Let’s now circle back to Exxon Mobil Corporation’s stock price, which, despite a little bump since the presentation, is still very much in Wall Street’s doghouse. But given how well Exxon’s cash flows and dividends are holding up (and should continue to hold up), you’d think that investors would give the oil and gas king a bit more credit.

The Bottom Line on XOM Stock

Exxon Mobil Corporation deserves serious consideration at these near-52-week lows. Although the company’s current production rate and reserve write-downs are certainly worrisome, new short-cycle investments should help support the dividend through the current environment of weak oil, while continued advances in larger projects will help fuel it over the long haul.

When you couple Exxon’s wide room for production improvement with its above-average yield, XOM stock’s total-return potential might be too good to pass up.