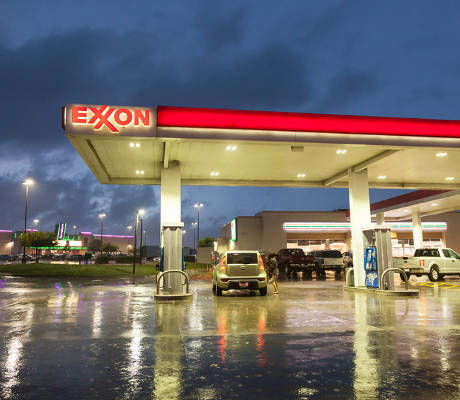 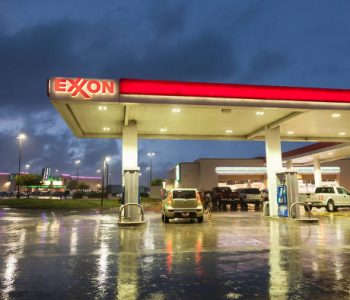 ExxonMobil Corporation (NYSE:XOM) has a history of providing consistent dividends to its shareholders for the past 34 years. On average, Exxon Mobil stock has delivered 6.4% annualized increases in dividend payments to investors during the past three decades. But as oil prices continue to remain depressed, the biggest question in the minds of investors is whether these oil majors will be able to maintain their dividends amid the worst rout in commodity prices in over two decades.

There are a lot of convincing reasons for income investors in the oil patch to quit XOM stock when oil inventories globally stand near record levels, and there is no shortage of bad news from this sector. Just to give you a snapshot of how drastically the fortunes of these oil supermajors have reversed, here is the summary of some chilling statistics.

For starters, the oil industry has canceled $1.0 trillion in exploration and construction projects since crude oil prices began to slide from over $100 a barrel in June 2014. Hundreds of thousands of workers lost their jobs and billions of barrels of discoveries were written off to conserve cash. (Source: “Oil Supermajors’ Dividends at ‘Massive Risk’ From Slump: Analyst,” Bloomberg, August 30, 2016.)

Further worsening the situation is the fact that there is no credible plan on the table by major oil producers to agree on production cuts and balance the oversupplied oil markets.

So what does this dismal outlook for oil markets mean for the world’s biggest energy producer, ExxonMobil, and the XOM stock price?

ExxonMobil has responded to this challenging pricing environment by pursuing a two-pronged strategy. The company has simultaneously reduced its spending and accelerated its asset sale program, a strategy seems to be working—at least, for now.

As profit plunged 60% in the second quarter of 2016, ExxonMobil slashed its capital and exploration expenditure by 38%. During this period, ExxonMobil generated $5.5 billion cash from operations, including $1.0 billion coming from asset sales. By pursuing this strategy, ExxonMobil was able to pay $3.1 billion in dividends to shareholders in the second quarter. (Source: “ExxonMobil Earns $1.7 Billion in Second Quarter of 2016,” Exxon Mobil Corporation, July 29, 2016.)

Some analysts believe that ExxonMobil won’t be able to maintain its dividend increases and income investors should be ready to face the realty that there is a limit to the spending cuts and asset sale strategy.

ExxonMobil’s persistence to stick with its long-term policy of returning cash to shareholders cost the company its gold-plated credit rating which it had maintained since the Great Depression.

U.S. credit rating agency Standard & Poor’s stripped Exxon stock of its highest AAA credit rating this past spring, cutting it to AA+. One of the reasons cited for this downgrade was Exxon’s decision to spend $54.0 billion on stock buybacks since 2012, in spite of debt increasing and profits going down. (Source: “Exxon Mobil Loses Top Credit Rating It Held Since Depression,” Bloomberg, April 26, 2016.)

ExxonMobil Chief Executive Officer Rex Tillerson believes he can steer the company out of this volatile industry environment by focusing on business fundamentals, cost cutting, and pursuing selective investments across the value chain to benefit from its competitive position in the oil industry.

“The corporation benefits from scale and integration, which provide the financial flexibility to invest in attractive opportunities and grow long-term shareholder value,” he said in the July earnings statement. (Source: “ExxonMobil Earns $1.7 Billion in Second Quarter of 2016,” Business Wire, July 29, 2016.)

Investors in ExxonMobil stock seem to be getting this message, as XOM stock surged about 15% this year. Trading close to $87.00 on September 9, it offers a 3.5% yield, a much better deal when you compare it with the return on other asset classes, including government bonds and saving deposits. Judging from the Exxon stock performance and the management’s clear plan to stay focused during this challenging pricing environment, there is a little threat to ExxonMobil’s dividend payout in the near term.