https://www.incomeinvestors.com/everybody-know-bear-markets/45650/ What Everybody Ought to Know About Bear Markets Robert Baillieul, B.Comm. Income Investors 2019-01-02T07:10:57Z 2019-01-08 10:15:02 bear markets bull markets stock Most investors like bull markets because stocks hit record highs. But bear markets are actually good for you. Here's why. Economy https://www.incomeinvestors.com/wp-content/uploads/2019/01/What-Everybody-Ought-to-Know-About-Bear-Markets-150x150.jpg 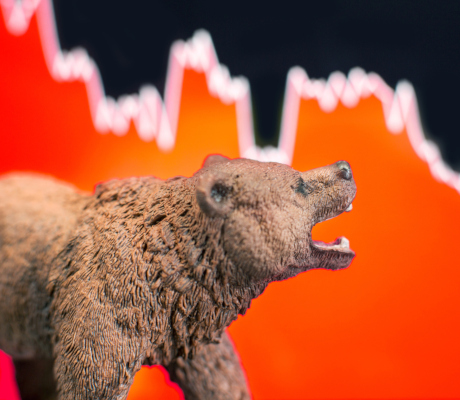 What Everybody Ought to Know About Bear Markets 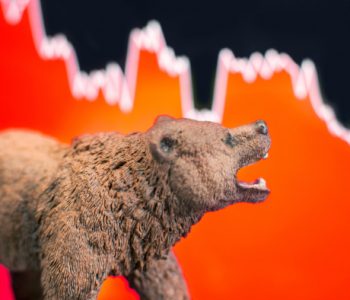 Why I LOVE Bear Markets

A little while ago, I learned a new word: “rekt.”

My colleague and good pal Stephen Karmazyn tells me the word comes from the cryptocurrency community. Shortened from the word “wrecked,” you might say that an investor got rekt after making a bad trade—like buying Bitcoin at record-high prices last year.

Stock investors might be tempted to borrow that term. A whammy of bad news hammered equities over the past few months. Wall Street strategists now obsess over slowing economic growth, a looming trade war, and the odds of a recession.

The bulls have tapped out. The Nasdaq Composite index stands on the cusp of a bear market, plunging as much as 16% since the start of September. Just recently, the number of stocks hitting fresh 52-week lows dwarfed the number of new highs by a factor of more than 10-to-1.

As their account values tick lower each day, it sometimes feels like a large rock is sitting in your stomach. It’s enough to make you want to turn off CNBC, delete your financial news feed, and never look at the stock market again.

I, however, love a good stock market correction. Does that make me some kind of financial masochist? Hardly. The five-figure decline in my investment portfolio still stings. And cheering for a downturn makes me about as popular as a Red Sox fan in Yankee Stadium.

But bear markets are good for you. So good for you, in fact, that these are probably the best times to be an investor—as long as you understand the playbook required to be successful.

You can think of a bull market like a boot camp filled with elite soldiers. Our job comes down to figuring out which stocks are the strongest.

In a bear market? The camp changes into a sick ward after a battle: concussions, gunshots, and sprained ankles. Every stock looks injured, but some stocks suffer worse injuries than others. Our job as financial medics is to diagnose each patient and provide a prognosis as to how long their recovery will take.

It’s rare to see the winners of the previous market cycle take the lead again. After roaring higher in the late 1990s, the technology sector lagged badly over the following decade. Another example is that, after soaring during the mid-noughties, fertilizer shares never bounced back.

If a stock has fallen from $200.00 to $20.00, it will almost certainly not rebound for a long, long time. Too much capital invested during the boom tends to result in a glut of supply. That can depress profits for quite some time. Like a soldier with a badly injured leg, such stocks need a long period of recovery before leading the market higher again.

Corrections, however, can provide a preview of the winners in the next business cycle. During a downturn, you will see certain stocks resist the sell-off. They still fall, of course. But while the majority drops easily, these names give up ground only grudgingly. You can almost feel them sweating, grunting, and straining their muscles to the point of exhaustion to resist the broader market trend.

In most cases, you’ll find that these stocks represent the companies whose earnings and dividends point sharply higher. The lesson is obvious: capital is flowing into these industries, even in a bad market. Investors follow growing distributions like a wolf follows a scent. These businesses, more often than not, lead the way higher during the next bull run.

Investors sometimes compare these stocks to coiled springs. During bear markets, the weight of the general dour mood pushes prices lower and lower. But as the market declines, tension begins to build. As soon as the weight of the bear market gets lifted, shares shoot high in an explosive fashion.

Since most of these opportunities get created during a correction, you should never get discouraged or give up on the stock market’s potential. America always bounces back. Inventors and entrepreneurs have freedoms and opportunities that don’t exist in other countries. The investment opportunity of a lifetime may be just around the corner.

You could see this type of “coiled spring” action play out during the last business cycle in McDonald’s Corp (NYSE:MCD). During the financial crisis, traders dumped most stocks. McDonald’s shares, however, seemed to hold stubbornly close to their all-time highs.

Investors could see the business earning record profits from its international expansion. That, as we know with hindsight, would eventually result in a growing stream of dividends and share buybacks. Once the bear market lifted in fall 2009, shares soared more than fourfold in value.

By now, most readers are probably thinking, “Well that’s all fine and dandy there, Rob. I can pick winners after the fact, too. Now tell me which stocks and industries will lead the market higher next.”

I don’t claim any mystical insights into the future. But as I mentioned above, history shows the leaders in the last cycle rarely lead the stock market higher in the next. During the previous bull run, investors poured billions of dollars into the popular FAANG stocks: Facebook, Inc. (NASDAQ:FB), Apple Inc. (NASDAQ:AAPL), Amazon.com, Inc. (NASDAQ:AMZN), Netflix, Inc. (NASDAQ:NFLX), and Google—also known as Alphabet Inc (NASDAQ:GOOG).

These companies now sport near-trillion-dollar valuations or triple-digit price-to-earnings (P/E) ratios. Several of these firms also face mounting pressure from governments and users over their business practices. I’m not saying they’re bad companies—quite the opposite, in fact. But it’s difficult to see what kind of catalysts could drive these stocks even higher during the next bull run.

In spite of the dour market mood, these stocks have clung stubbornly to their old all-time highs. Capital just seems drawn to them like some sort of electromagnet. And this makes sense when you think about it.

Many healthcare firms have reported double-digit earnings growth. They continue to hike their dividends. As the baby boomer generation gets older, they will need more tests, more medicine, and more doctor appointments. That bodes well for this sector over the coming years and beyond.