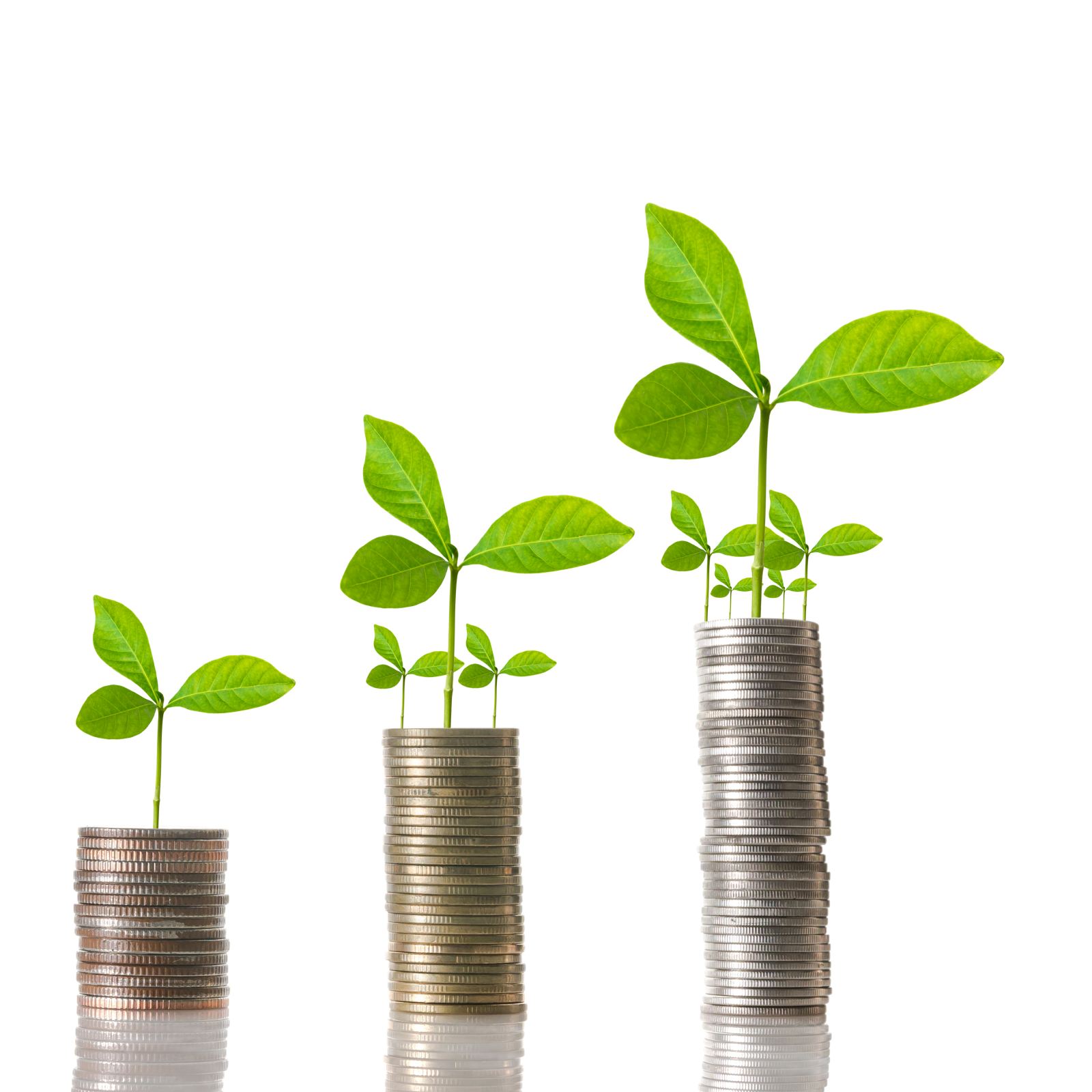 Enviva Partners LP: This 6.3% Yielder Is a Bet for the Future 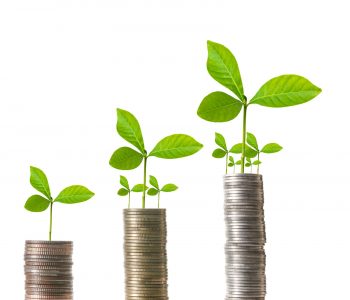 Master limited partnerships (MLPs) have been one of the best-kept income secrets on Wall Street. These entities often produce substantially higher yields than regular stocks, but are rarely mentioned in the financial media.

The history of MLPs can be traced back to October 1986, when President Ronald Reagan signed the Tax Reform Act. While the act was mostly known for reducing certain tax privileges while cutting overall taxes and lowering tax rates for businesses and families, there was another lesser-known result of this legislation: it allowed a certain group of energy infrastructure companies to pay no corporate income tax. The goal was to encourage domestic energy development, and indeed, the act sparked much-needed capital investment in America’s energy sector and led to the creation of MLPs.

Today, most MLPs operate in the oil and gas industry. Note that, because MLPs are required by law to distribute almost all their available cash to unitholders in the form of regular distribution payments, they’re known for offering oversized payouts to investors.

Looking around, we see plenty of MLPs in the midstream energy sector with high distribution yields. But here’s the thing: not everyone is a fan of the oil and gas industry these days. And frankly, volatile commodity prices have made even the midstream operators look like risky plays; just look at what happened in the second quarter of last year.

The neat part is, not every MLP comes from oil and gas. Enviva Partners LP (NYSE:EVA), for instance, is an MLP that specializes in wood pellets.

Wood pellets are mostly known for their use in certain types of stoves, furnaces, and boilers to create heat. But that’s not where Enviva’s focus is. Instead, the partnership serves a much bigger market: utilities.

You see, many power plants used (and some of them still use) coal to generate electricity. Over the years, the air pollution from coal-fired power plants has led to serious environmental and public health concerns. As a result, countries around the world have been shifting away from coal. And that’s where Enviva found its opportunity. Wood pellets provide a low-cost, drop-in solution for coal in power generation.

As a matter of fact, with a combined production capacity of 5.4 million metric tons per year, Enviva is the largest utility-grade wood pellet producer in the world. The partnership sells most of its wood pellets through long-term, take-or-pay, off-take contracts with creditworthy customers in the U.K. and Europe. (Source: “Business Overview,” Enviva Partners LP, March 1, 2021.)

The main reason people consider investing in MLPs is their oversized distributions, and on that front, EVA stock doesn’t disappoint.

Right now, Enviva Partners LP has a quarterly distribution rate of $0.78 per common unit. With Enviva stock trading at $49.82 apiece, that quarterly payout translates to a generous annual yield of 6.3%.

What’s more impressive, though, is how the payouts have evolved over the years.

Due to commodity price volatility, the distributions from midstream oil and gas MLPs are not carved in stone—and quite a few of them cut back their payouts during last year’s economic downturn. The payouts at Enviva, though, have only been going up. In fact, the $0.78 per unit that EVA stock paid to investors in February represented the partnership’s 22nd consecutive distribution increase since its initial public offering (IPO) in 2005. (Source: “Enviva Partners, LP Announces Twenty-Second Consecutive Distribution Increase,” Enviva Partners LP, January 27, 2021.)

And it gets even better.

As I said, the main appeal of MLPs is their distributions, but in the case of Enviva stock, investors have also profited from the rise in its unit price. From Enviva’s IPO in 2005 to February 24, 2021, EVA stock has delivered a total return—including automatic dividend reinvestment—of 299%. To put that in perspective, the S&P 500 index returned 112% during the same period while the Alerian MLP Index returned negative-41%. (Source: Enviva Partners LP, March 1, 2021, op. cit.)

In other words, Enviva stock outperformed the market index by 187% and the MLP peer group average by 340%.

Is the Distribution Safe?

One of the main concerns about high-yield stocks is their dividend safety. So the big question is, can Enviva Partners afford its consecutive distribution hikes?

Well, the partnership last reported earnings in February. The report showed that, in the fourth quarter of 2020, Enviva generated $46.7 million of distributable cash flow. Meanwhile, Enviva declared $31.2 million in cash distributions for the quarter. That translated to a distribution coverage ratio of 1.5 times, leaving a sizable margin of safety. (Source: “Enviva Partners, LP Reports Financial Results for the Fourth Quarter and Full Year of 2020 and Announces Commitment to ‘Net Zero’,” Enviva Partners LP, February 24, 2021.)

In full-year 2020, the partnership generated $114.6 million in distributable cash flow. The actual cash distributions, on the other hand, totaled $115.3 million. So for the year, Enviva’s distribution coverage ratio was 0.99 times.

That is, the full-year coverage was less than stellar. However, keep in mind that 2020 was a very challenging year for many industries, and as I mentioned earlier, distribution cuts were not uncommon among MLPs. The fact that EVA stock paid higher distributions every quarter in 2020 and almost covered the payout should be considered a sign of strength.

In Enviva Partners LP’s latest earnings conference call, the company’s chairman and chief executive officer, John Keppler, said, “…our guidance for 2021 is [an] increase of 25% over 2020 at the midpoint of our range of $230 million to $250 million in adjusted [earnings before interest, taxes, depreciation, and amortization], before accounting for additional drop-downs or other acquisitions you have come to consistently expect from us.” (Source: “Enviva Partners, LP (EVA) CEO John Keppler on Q4 2020 Results – Earnings Call Transcript,” Seeking Alpha, February 25, 2021.)

He continued. “We believe the resulting cash flow profile will enable us to distribute at least $3.17 per unit for full year 2021, again before considering the benefit of additional drop-downs or other acquisitions.”

Keep in mind that, for 2020, Enviva stock paid total cash distributions of $3.00 per common unit. With the plan to pay at least $3.17 per unit this year, it means more distribution hikes are likely on the way.

As for distribution safety, management said that they’re targeting a 1.2-times distribution coverage ratio on a forward-looking, annual basis.

Don’t forget, Enviva is benefiting from a secular tailwind. From 2012 to 2019, coal consumption in the partnership’s key markets (Belgium, Denmark, Netherlands, and the U.K.) declined by more than half. During the same period, industrial wood pellet demand in these markets more than doubled. As the world continues to move away from coal, Enviva’s wood pellet business should continue to prosper. (Source: Enviva Partners LP, March 1, 2021, op. cit.)

Last but certainly not least, Enviva’s production capacity is fully contracted, and its current contract portfolio has a weighted average remaining term of 12.8 years and a total contracted sales backlog of $14.6 billion. The fully contracted nature of the partnership’s business means it can generate predictable cash flows going forward.