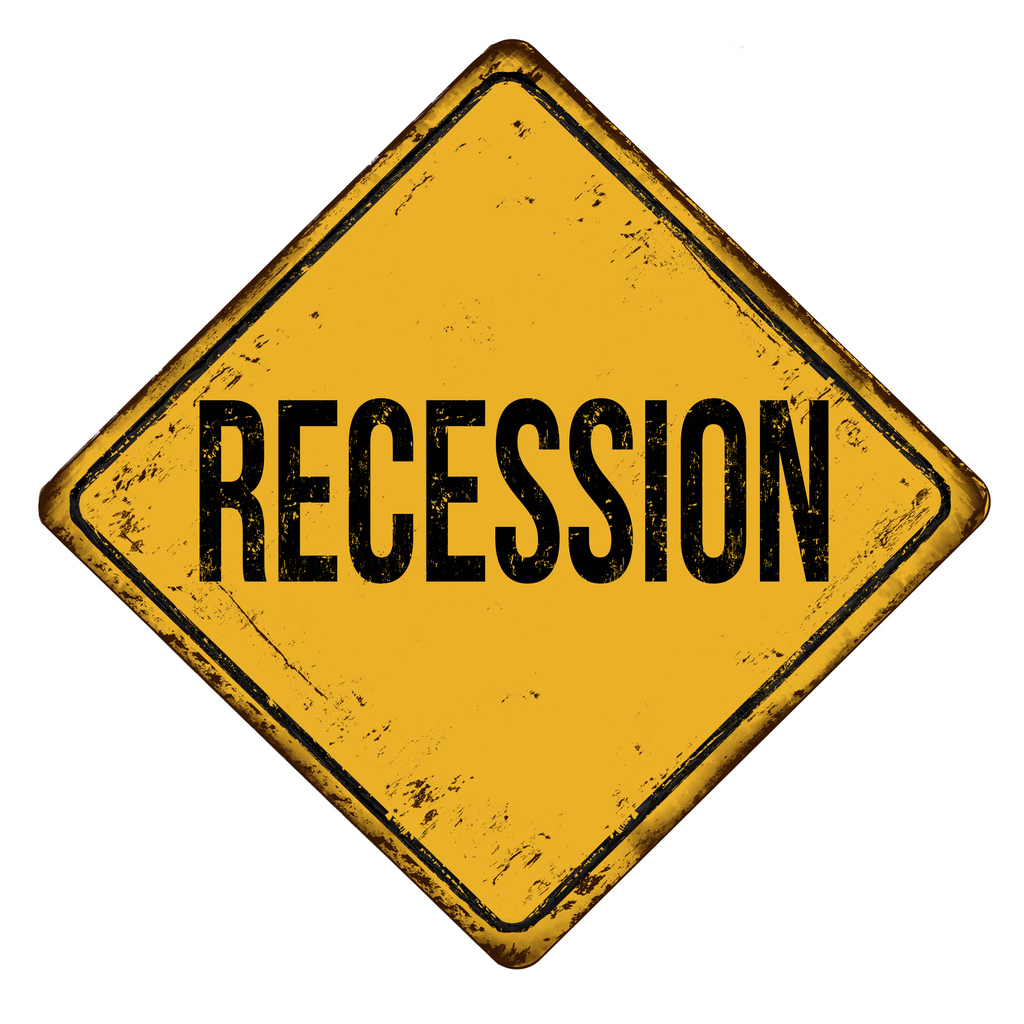 Economic Downturn: What You Should Know About Recessions 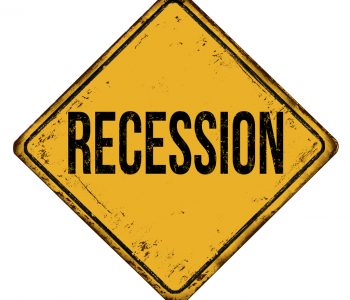 Why Recessions Are Actually Good Things

I don’t know if there’s something in the water or what, but in the past few months, I’ve received lots of questions about a looming recession.

Hey, maybe there is something in the water. Recently, a number of reports started to flash warning signs. Inventories grew. Manufacturing dropped. Construction slowed. Investment plunged.

The most worrying indicator came from the bond market. In August, investors panicked over the “yield curve inversion.” In plain English, this means the interest rates paid by long-term government bonds have dropped below the interest rates from shorter-term notes. In the past six decades, every time this has occurred, the U.S. economy has entered a recession.

Cautious analysts might suggest waiting for the dust to settle. That certainly sounds like the wise and worldly thing to say. Problem is, the business outlook is always dusty. You can’t point to any time in history when the future looked clear.

So, as longtime Income Investors readers may have already guessed, our strategy is to get our hands dirty, continue to buy shares of great American businesses, and ignore most of the doom-and-gloom headlines in the media. It doesn’t pay to worry about recessions.

Why I Don’t Care About Recessions

Admittedly, I wouldn’t call recessions inconsequential. When the economy slows, businesses shut down operations, people lose their jobs, and bankruptcies start to spike.

In the last financial crisis, my dreams of trading oil and gas futures on Wall Street got downgraded to a risk management role in Calgary, Canada—which might as well have been Siberia.

Still, I consider myself lucky. The 2008 recession triggered far more turmoil in other people’s lives, from divorces and unemployment, to losing homes.

But here’s the thing: if you apply common sense to managing your finances, you will prosper in good times and bad.

Of course, downturns still create a world of hurt for investors.

During the 2008/2009 recession, corporate America saw its profits cut in half. That forced firms to slash their dividend payments. And from peak to trough, the S&P 500 plunged 55%.

I can’t predict how the next recession will hit the market. The last crisis, our worst downturn since the Great Depression, probably was a bit worse than your garden variety economic crunch. Yet even a mild or moderate slowdown can send stocks reeling.

But you have to put these kinds of downturns into perspective. The definition of a recession, at least the one officially recognized by economists, is two conservative quarters of lower business activity. In other words, it’s six months when the total size of the economy shrunk rather than expanded—hardly the end of the world.

When you think of your investment time horizon in years and decades, two quarters don’t seem worth throwing a fuss over. It would be like calling it quits on a 10-year marriage because you had a disagreement over dinner.

The answer: they won’t.

In all likelihood, these businesses will sail through any recession, providing great products and services to customers and paying dividends to shareholders. Only those watching the real-time quotes on their phone will notice any downturn.

Even the more cyclical businesses on our scorecard should hold up fine. Take names like railroad giant CSX Corporation (NASDAQ:CSX) or pipeline owner Magellan Midstream Partners, L.P. (NYSE:MMP). These companies represent the arteries of the U.S. economy, earning steady fees by transporting freight, energy, and other commodities.

Yes, those revenues will take a hit during a slowdown. But over the next 100 years, the number of goods and services Americans will consume should grow multifold. And these companies will play a critical role in moving those products across the country. That will likely result in a growing stream of dividends for shareholders. You just need to think about the next two decades, not the next two quarters.

In this sense, it’s helpful to think of a recession as less of a downturn and more of a churn. Capital and people flow out of unproductive, wasteful activities built up during the boom years. In time, new businesses get created, sparking a wave of innovation for the next bull market.

Entrepreneur and tech analyst Scott Galloway talks about this concept often. Over the years, he started nine companies, only a handful of which took off. The difference between Galloway’s winners and losers, at least in his opinion, all came down to one factor: timing. The successful ventures all got off the ground during—or just at the tail end of—a recession.

“The firms we started in recessions had an easier time finding talent, controlling costs, and getting immediate feedback about if this thing worked as clients/consumers held their purse strings closed,” wrote Galloway. (Source: “WeWTF,” No Mercy/No Malice, August 16, 2019.)

“Then, armed with a battle-tested value proposition, as the recession ended, we enjoyed the afterburner of confidence to spend more and try new things. In frothy markets, it’s easy to enter into a consensual hallucination, with investors and markets, that you’re creating value. And it’s easy to wallpaper over the shortcomings of the business with a bull market’s halcyon: cheap capital.”

How to Make a Fortune in the Next Recession

Downturns create the best opportunities for investors, too.

The overall pessimism acts like a giant weight holding down the share prices of great companies. You can almost see these stocks heaving, straining, pushing to the point of exhaustion against the dour mood of traders. So when business conditions finally improve, these stocks shoot higher like a coiled spring.

The result for the well-positioned investor is often a wealth-creation event that changes their lives.

The combination of lower costs and higher sales resulted in explosive profit growth. But it wasn’t until the end of the financial crisis that this performance rewarded investors. Over the following years, McDonald’s shares would go on to increase almost sixfold in value.

Why does this happen? Even in downturns, money flows into prosperous businesses. Firms with growing profits and dividends attract capital, almost like an electromagnet. So when the economy finally rebounds, these stocks often lead the way higher.

Proven Method to Survive the Next Recession

So at this point you might be thinking, “Sounds great Rob, but if a recession is right around the corner, how can I get ready?”

Of course, I have no idea what the future holds. But if we do have a downturn, these three steps will help you prepare. I call it my “ABC-formula” for economic downturns.

First, ABSTAIN from media outlets like Bloomberg, MSNBC, and Fox News. I’d tell people to turn off CNN too, but it doesn’t seem like anyone watches that channel anymore.

News networks make money by keeping you glued to the screen. They don’t care about helping their audience make rational, informed decisions. In a recession, they will run scare stories of unemployment and business closures. This doesn’t exactly put you in the right frame of mind to spot new opportunities.

Second, BUILD a cash pile. A well-stocked emergency fund allows you to ride out any period of unemployment or industry downturn. That will allow you to avoid the biggest investment mistake of your life: selling your investment assets at exactly the wrong moment.

Furthermore, it never hurts to keep some spare cash in your portfolio. Sure, it pays almost nothing now. But think of cash like a call option on everything that never expires. If a recession hits, you’ll have the reserves to scoop up assets at bargain prices.

Third, CHASE down new opportunities. In economic downturns, investors recycle capital, pulling it out of zombie businesses propped up by the boom years and into new, more productive ventures. People with cash on the sidelines and the right mindset can position themselves to make a fortune in the next rebound.

This ABC formula should help you sail through any economic downturn. And even if a recession doesn’t lurk around the corner, it will put you ahead of 99% of the general public.

In a nutshell, don’t wait for the dust to settle. While waiting may sound like good advice, investors make the most money in “hazy” conditions when they don’t know what the next few quarters might bring. Never be afraid to get your hands dirty.