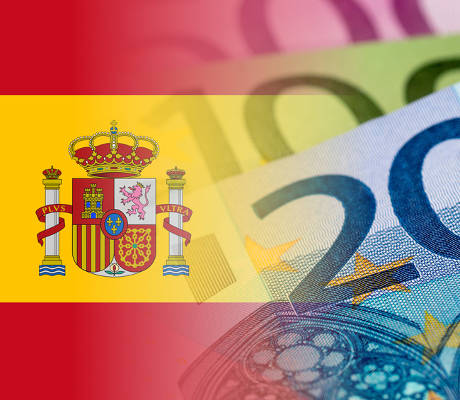 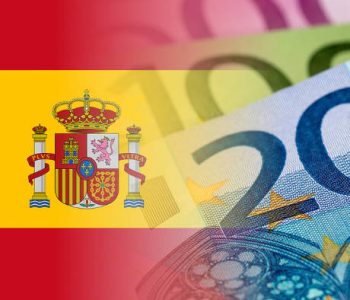 Despite being locked in middle of an epic political battle, Spanish government bonds continue to provide relative safety. Yields on the 10-year note dipped below one percent this month as investors clamored for the nation’s debt.

As rates turned negative on sovereign debt in the eurozone’s core countries, investors began to flee to high-yielding peripheral debtors like Italy and Spain.

Just four years ago, Spain’s 10-year note yielded close to seven percent, but the European Central Bank has since intervened with an enormous stimulus program. The ECB is effectively buying €80.0 billion (US$90.0 billion) worth of bonds every month in an attempt to kick-start growth in the eurozone economy.

There are budget criteria that every country needs to meet in order to qualify for ECB protection, but once they are met, the bond purchase program can work wonders on that country’s cost of borrowing.

Spain is the quintessential example of this effect. The country is in the midst of a heated political standoff. Its government has been deadlocked since December, there is a potential vote of no confidence in the Prime Minister, and an entire province is looking to secede from the country.

At present, Spaniards are waiting to see if the Socialist Party will force the country into another election. It would be the third election in the last year, simply because neither party has been able to form a government.

The current administration is merely a caretaker until the two parties can form a consensus. Usually investors shy away from these type of circumstances, but the ECB bond purchase program has kept them locked into Spanish assets.

Even signs of danger in the banking sector have been unable to deter yield-hungry investors from pouring their cash into the national debt. Analysts speculate that Brexit may have to do with the spontaneous faith in Spain’s economy.

The theory is that the ECB may have to extend its easing program past the March 2017 end date. This idea has seeped into the market, driving down yields and boosting prices. As a result, the explosion of demand has sent Spanish bonds surging 4.8%. By contrast, Italy’s 10-year notes yielded 3.8% and 2.2% on German bonds.