https://www.incomeinvestors.com/early-retirement-working-beyond-age-can-take-years-off-life/47378/ Early Retirement: Working Beyond This Age Can Take Years Off Your Life Robert Baillieul, B.Comm. Income Investors 2019-03-06T08:30:47Z 2019-03-06 14:33:51 Early retirement might be a wise decision, because every year you spend in the workforce can potentially take years off of your life. Retirement https://www.incomeinvestors.com/wp-content/uploads/2019/03/Early-Retirement-Working-Beyond-This-Age-Can-Take-Years-Off-Your-Life-150x150.jpg 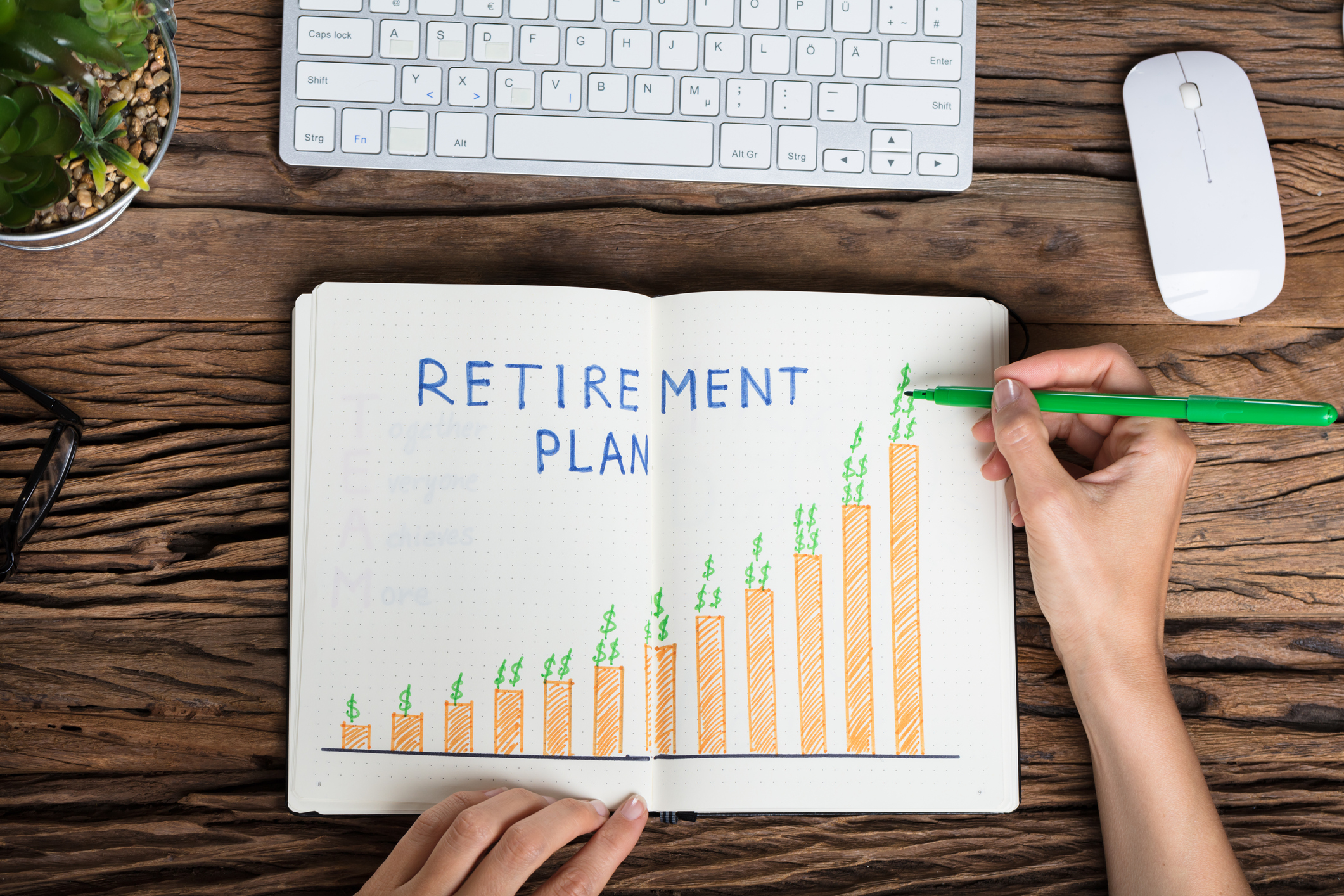 Early Retirement: Working Beyond This Age Can Take Years Off Your Life 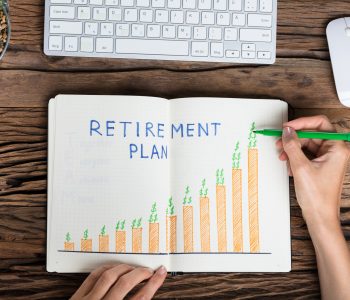 Early Retirement Can Add Years to Your Life. Here’s Why.

Imagine delaying early retirement to ensure you have sufficient savings to fund your golden years, only to die within a few months of clocking out of the workforce.

A morbid thought? Definitely. Many of us look forward to our retirement. Finally, no more commute, no more boss, no more annoying customers. It seems unfair to toil for all those years, only to have our retirement cut short.

But according to a new study, that outcome may not be as uncommon as you might think. Based on an actuarial review of several large U.S. pension funds, researchers concluded that 10 extra years in the workforce could cost you 20 years of retirement. They found employees that retire at 55 can expect to live until 80. But for workers that delay retirement to 65, their life expectancy drops to 67. (Source: “Optimum Strategies for Creativity and Longevity,” King Fahd University of Petroleum and Minerals, March 2002.)

Dr. Lin’s study joins a growing body of research that highlights the benefits of early retirement. One analysis of male Dutch civil servants over the age of 54 showed those who retired early were 42% less likely to die over the next five years compared to those who kept working. (Source: “The causal effect of retirement on mortality: Evidence from targeted incentives to retire early.,” IZA, December 26, 2017.)

A U.S. study found that seven years of retirement can reduce the chance of getting a serious disease (such as diabetes, cancer, and heart conditions) by 20%. Studies from other countries, including Israel, England, and Germany, have found similar results. (Source: “The Health Consequences of Retirement,” The Journal of Human Resources, February 20, 2019.)

Researchers believe stress in the workplace represented the largest factor to the reduction of life expectancy. Employees that retired later reported a higher number of cardiovascular and digestive diseases, as well as an increased risk of obesity. Long commutes, long linked to health problems in other studies, present another life-threatening risk.

“On the other hand, people who take early retirements at the age of 55 tend to live long and well into their 80s and beyond,” he adds. “These earlier retirees probably are either wealthier or more able to plan and manage their various aspects of their life, health and career well such that they can afford to retire early and comfortably.”

Researchers have long known about a direct link between exercise and improved health outcomes. The problem, of course, is that most working adults simply don’t have enough time to be active. Early retirees, in contrast, have extra hours for physical activities.

They also get more sleep and spend more time performing physical chores like gardening, landscaping, and renovations. All of these factors contribute to better health outcomes for early retirees. 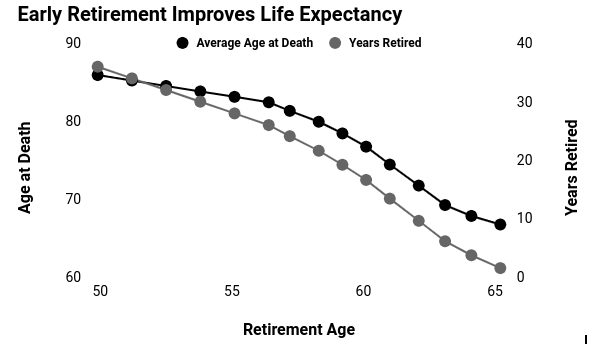 Of course, most people have little choice in the matter. About 20% percent of Americans over the age of 44 have no retirement savings, according to a recent survey by the Federal Reserve. More than half of American households likely won’t be able to maintain their standard of living in retirement. Based on the data, it looks like most people will be forced to work well past the standard retirement age. (Source: “Report on the Economic Well-Being of U.S. Households in 2016,” Board of Governors of the Federal Reserve System, May 2017.)

But for readers that have accumulated a sizeable nest egg, these recent studies deliver a clear conclusion: early retirement might be a savvy move. Our jobs take an enormous toll on our bodies, especially later in our careers. Those extra paychecks might be shaving years off of our lives.