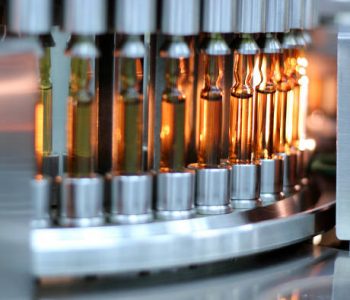 DOW stock’s dividend yield has increased significantly in recent years. The yield rose from three percent on October 23, 2014 to 3.52% one year later, and fell slightly to 3.41% in the same period of 2016. That yield has been much higher some points, hitting 4.09% in January and 4.14% in August. Those numbers show us that DOW stock is capable of even higher dividend yields. (Source: “Dow Chemical Dividend Yield (TTM),” YCharts, October 19, 2016.)

Income investors looking for a steady dividend payout need to take a good look at Dow stock. The company has paid a steady cash dividend for every quarter since June 2004, meaning a 12-year run of dividend payouts.

Smart investors will look beyond the dividend and ask the important question: “Is Dow stock making money?” The latest financial numbers show that the answer to that question is, “Yes, Dow Chemical is making a lot of money.”

That income growth came in spite of a revenue drop at Dow Chemical. The company reported $54.07 billion in revenue in June 2015 and $46.15 billion a year later. This makes Dow a good income investment because it is capable of significant income growth, even when its revenues are dropping. (Source: “Dow Chemical Revenue (TTM),” YCharts, last accessed October 19, 2016.)

Dow Chemical is a good value investment because the company has a lot of cash, having reported possession of $7.309 billion in cash and short-term investments and making $7.133 billion in cash from operations at the end of second quarter of 2016. That was in addition to $997.0 million in free cash flow.

All that cash is what gives Dow the ability to pay those dividends and raise them on a regular basis. Dividend investors always need to pay attention to a company’s cash numbers because they show its ability to keep paying out.

Beyond cash, the company had a great amount of value in the form of $81.52 billion worth of assets at the end of the second quarter of 2016. This amount increases DOW stock’s value by giving the company the resources to borrow money for expansion or for research and development to improve its products.

Chemicals Are Big Business at Dow

The wide variety of sectors Dow operates in creates a diversified company that ensures a steady cash flow. Even if the economy slows, industry and agriculture still need Dow’s products. People will always need food to eat and packaging to put that food in; Dow provides both.

It is also in a position to take advantage of growth in the consumer products, auto, and electronics industries. If Apple or Samsung brings out a new smartphone, Dow might profit by selling some of the materials used in its construction.

The Lowdown on Dow Chemical Stock

DOW stock is a really good value and an income stock that pays a steady dividend with a nice yield. If you are looking for dependable dividend income you should check out Dow Chemical.