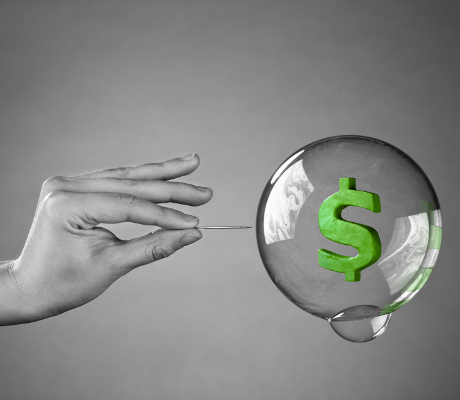 Dow 20,000: If You’re Worried About a Stock Market Bubble, Read This 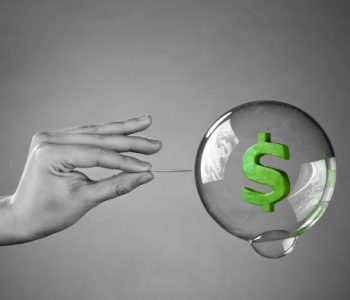 Are We In a Stock Market Bubble?

One of the questions I get from my family and friends these days concerns the Dow 20,000: “The Dow has gone up so fast. Is there still time to get in?”

A lot of smart people think we’re in a stock market bubble. Valuations look stretched and interest rates are creeping up. You could rattle off a half-dozen reasons to be worried in 2017.

I’m not too worried about these problems, though. In fact, I’m buying stocks at these levels in spite of all the chatter.

There are three major reasons why. Let me explain.

Where the Dow is Going Next

First—and this point might throw some readers off—where stocks go over the next year or two doesn’t matter.

Recently, I read a fascinating article from the early 1990s. The Dow Jones Industrial Average (DJIA) had just passed 4,000 for the first time. Stocks were too expensive. In the article, the author correctly predicted the coming recession, higher interest rates, and the next market swoon.

The best part? His brilliant call hardly mattered. Even if you were a total bonehead and bought shares at the top, the Dow went on to deliver an eight-percent annualized return over the next 20 years. Anyone who just kept on buying is now sitting on a comfortable retirement fund.

Income investors have cashed in, too. Take Dow component Proctor & Gamble Co (NYSE:PG), for instance. P&G was paying a dividend of $0.33 in 1994. They raised their dividend every single year over that time period and ended 2016 paying $2.67. That kind of dividend growth beats the pants off inflation and is going to mean a lot when you retire.

Let me ask you a question: have you been good at timing the market? Getting the exact tops and bottoms of the market right? No, probably not.

Well, welcome to the club! Most people are terrible market timers. I’d certainly put myself in that category.

If history teaches us anything, it’s that the best time to buy quality American stocks is whenever you have the money. Successful investing is always about time, and never about timing. It’s a cliche saying for a reason.

Second, stocks are not as expensive as they look.

No doubt, valuations are lofty. The cyclically adjusted price-to-earnings (CAPE) ratio, touted by Nobel prize-winning economist Robert Shiller, is trading at levels not seen since 2000 and 2006. You don’t need me to tell you the years that followed weren’t good for investors. (Source: “Only twice has the market stayed higher for longer — and both times it crashed,” Financial Post, December 29, 2016.)

Comparisons to the 1990s tech bubble, though, are a little silly. You don’t need to dig deep into the numbers, but investors have some good reasons to bid up shares prices.

El Presidente Donald Trump is about to unleash a wave of tax cuts that would make Ayn Rand blush. Stocks might look expensive based on past earnings, but shares are actually pretty cheap if these tax cuts are passed. Not to mention, a bunch of business-friendly lawmakers can only be good news for corporate profits.

A tax holiday on foreign cash holdings would be a big boost too. Right now, American corporations possess $1.4 trillion in cash that is being held offshore. Bringing that money back to the states, however, would trigger a big tax bill (under current legislation). So, as investors, we have to slap a big discount on those Greenbacks. (Source: “Top 50 U.S. companies hold $1.4 trillion in cash offshore,” CNN, April 14, 2016.)

Trump could change that. Under his tax plan, companies will be given the opportunity to repatriate overseas cash at a one-time rate of 10%. This trigger event could fuel the largest wave of dividends and buybacks in American history.

Irrational exuberance? Those are pretty rational reasons to pay more for stocks. If Trump doesn’t nuke Australia because he confused it with Austria (or vice versa), we’re looking at a big tailwind here.

Finally, the third major “bear case” for 2017 is something we’ve heard about for years.

The stock market bubble has been propped up by low interest rates. Once the Fed starts raising rates, shares prices will take a hit. At least, that’s the conventional wisdom.

Those aren’t the only two examples, either. In fact, shares rose during almost every rate hike cycle over the past 60 years. Since 1958, the S&P 500 has gone up 20.1% during periods of rising rates.

How? Well, for one, higher rates are usually the byproduct of a strong economy. During the boom times, profits soar and dividends get hiked. Sure, higher interest rates crimp stock prices, but they’re more than offset by growing corporate earnings.

For this reason, rate hikes are a good thing. The economy is getting back to normal, people are getting back to work, and new projects are to be funded. All of this is good for investors.

When you get past the chatter of the day, the biggest worry most people have about investing always comes back to the dreaded “V” word: volatility.

Volatility is like a fruit fly buzzing around your kitchen. Sure, it’s annoying, but it can’t hurt you—unless you try to smack it with your fist while it’s sitting on your face.

I may or may not be right about the stock market over the next few years. My game plan, though, is to keep stockpiling shares of wonderful businesses and reinvest the dividends. The Dow 20,000 and stock market bubble punditry don’t really matter.