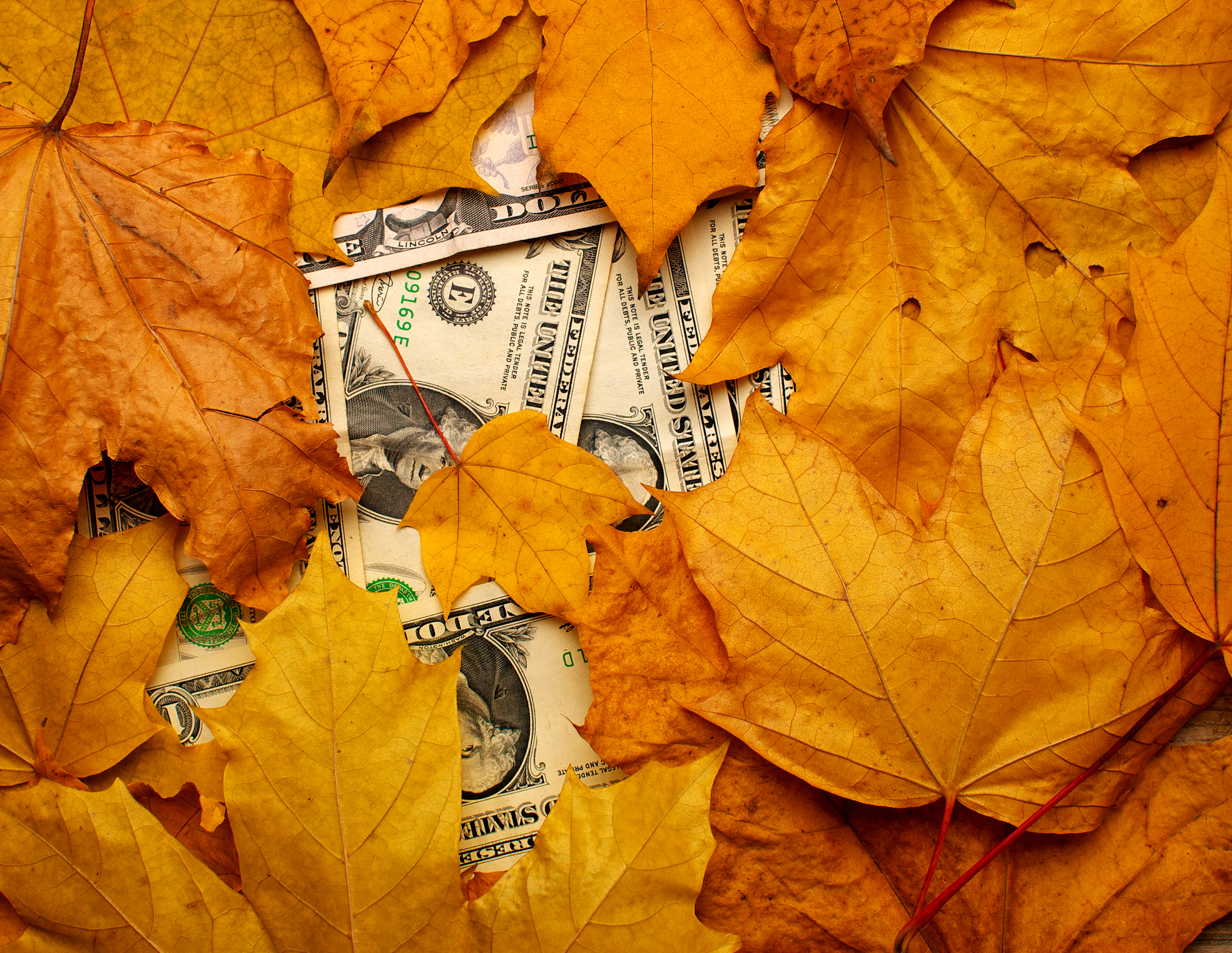 3 Dividend Increases to Watch in September 2019 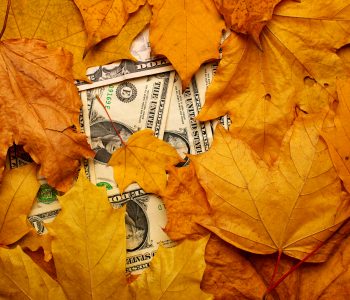 Looking for Dividend Increases in September 2019? Read This

Remember not too long ago, when investors were cheering for the best June the U.S. stock market has had in decades?

Well, the mood seems quite different now, doesn’t it? Given the uncertainties looming in the distance, even the diehard bulls have to acknowledge the possibility of an economic downturn.

The fact that the stock market had soared past its all-time high might make people even more nervous. It means we haven’t had a proper correction in a long time.

And that, my dear reader, is why I want to talk to you about dividend growth stocks today. In a surging market, a few percentages of dividend yield can get easily overlooked. But when a downturn arrives, the cold, hard cash dished out by dividend-paying companies can provide investors with peace of mind.

Don’t forget, dividends come from profits. Therefore, if a company can pay dividends even when there is an economic slowdown, it could be perceived as a sign of strength, and investors would have an incentive to hold their shares.

Worth noting is that, while the stock market seems to be on the edge of a cliff, there are many companies with safe dividend policies. Better yet, some businesses are capable of paying not just a steady dividend, but an increasing one. When the next downturn arrives and everything is in the doldrums, getting a bump in your dividend income stream will probably make things more bearable.

The best part is, companies that grow their dividends consistently tend to review their dividend policies on a regular basis. And while the market outlook remains uncertain at the moment, there are dividend stocks that are well positioned to announce payout increases in the upcoming weeks.

List of Companies Set to Raise Their Dividends in September 2019

I’m going to show you three potential dividend hikes to look forward to in September. The first two come from rather unexpected industries.

Providing a reliable passive income stream through increasing dividends isn’t what the technology sector is known for. Instead, tech stocks tend to be more perceived as volatile tickers geared toward investors with higher risk tolerance.

But there are exceptions, with Microsoft Corporation (NASDAQ:MSFT) being a great example.

Microsoft has been around since 1975, but the company didn’t start paying regular dividends until 2004. Still, after initiating its dividend policy, Microsoft has delivered a tremendous amount of cash to investors.

What’s more is that, over this period, management has raised MSFT stock’s dividend rate every single year. Now trading at $138.14 per share, Microsoft stock offers an annual dividend yield of 1.3%.

In an industry where companies often have to reinvest their profit (if they have any) just to stay relevant, Microsoft Corporation’s strong dividend growth track record make it stand out.

And if you are concerned about how a tech company can afford paying so much in dividends, know that, despite offering consistent dividend increases, Microsoft wasn’t really paying out all that much.

In the fourth quarter of Microsoft’s fiscal-year 2019, which ended June 30, the company earned an adjusted net income of $1.37 per share. The amount not only represented a 14% increase year-over-year, but also easily covered its quarterly dividend rate of $0.46 per share. (Source: “Earnings Release FY19 Q4,” Microsoft Corporation, July 18, 2019.)

In full-year fiscal 2019, Microsoft’s adjusted earnings came in at $4.75 per share. Considering that the company declared four quarterly dividends totaling $1.84 per share during the year, it had a very conservative payout ratio of 38.8%.

When a company with a solid dividend growth track record also happens to be churning out growing financials, management will likely want to continue that shareholder return streak. Microsoft Corporation’s board of directors usually reviews their dividend policy in mid-September, so in just weeks, dividend investors of MSFT stock could get some good news.

Defense is another industry not known for its dividends. Because of the cyclical nature of the industry, a defense contractor could experience big swings in its business as time goes by.

But things have been going so well at Lockheed Martin Corporation (NYSE:LMT) that the stock deserves the attention of income investors.

If you’ve been following this industry, you’d know that LMT stock has been one of the top performers in terms of share price. Over the past five years, the stock has skyrocketed more than 120%. That’s a quite sizable move for a giant company that now commands over $100.0 billion of market capitalization.

One of the main reasons behind the Lockheed Martin stock rally is the company’s fast-growing business. According to its latest earnings report, the company generated $14.4 billion in net sales in the second quarter of 2019. This was a 7.5% increase year-over-year. (Source: “Lockheed Martin Reports Second Quarter 2019 Results,” Lockheed Martin Corporation, July 23, 2019.)

Top-line growth translated to the bottom line. In the reporting quarter, Lockheed Martin’s net earnings came in at $1.4 billion ($5.00 per share), marking a significant increase from the $1.2 billion ($4.05 per share) earned in the year-ago period.

And like I said, this defense contractor happens to be very income-investor-friendly. Lockheed Martin Corporation currently pays quarterly dividends of $2.20 per share, which comes out to an annual yield of 2.3%.

Moreover, the company’s payout has been on the rise. Over the past 10 years, LMT stock’s quarterly dividend rate went from $0.57 per share to $2.20 per share, a total increase of 286%. (Source: “Dividend History,” Lockheed Martin Corporation, last accessed August 8, 2019.)

Given Lockheed Martin’s expanding business and the timing of its previous dividend increases, I expect the company to announce another sizable increase to its quarterly dividend rate in September 2019.

Ultimately, like most defense contractors, LMT’s business could fluctuate. But keep in mind that, at the end of June, the company had a record backlog of $136.7 billion. Those orders should allow Lockheed Martin Corporation to keep making money for quite some time.

The third company on the list comes from a relatively familiar industry for income investors: real estate.

The neat thing about REITs is that they are required by law to distribute most of their profits to shareholders. In exchange, they pay little to no tax at the company level. As a result of this pass-through structure, REITs have become some of the highest yielders in today’s market.

In the case of MGM Growth Properties LLC, the company pays a quarterly cash dividend of almost $0.47 per unit. With MGP stock trading at $29.40 apiece, that dividend policy translates to a generous annual yield of 6.4%.

Now, I want to point out that, compared to many other dividend growth stocks, MGM Growth Properties is a relatively new name, as the company completed its initial public offering in April 2016.

And starting with its June 2018 dividend announcement, MGM Growth Properties LLC has raised its payout every single quarter.

Risk-averse investors would be pleased to know that the company has no problem covering its rising payout. In the second quarter of 2019, the REIT generated adjusted funds from operations (AFFO) of $0.59 per unit, an amount that well exceeded its quarterly dividend rate. (Source: “MGM Growth Properties Reports Second Quarter Financial Results,” MGM Growth Properties LLC, August 6, 2019.)

In the first six months of this year, MGM Growth Properties LLC’s AFFO totaled $1.16 per share. During this period, the company declared total dividends of more than $0.93 per share. Therefore, it had an AFFO payout ratio of 80.4%.

When it comes to REITs, I prefer to see companies paying out less than 90% of their AFFO so they can have some financial wiggle room. In the case of MGM Growth Properties LLC, the company’s latest financial results suggest that its dividends remained safe.

Having a conservative payout ratio also means there could be room for more dividend increases. MGP stock’s next dividend announcement is going to be in September. If management wants to continue the company’s streak of consecutive quarterly payout increases, they will likely announce another dividend hike in the next month or so.