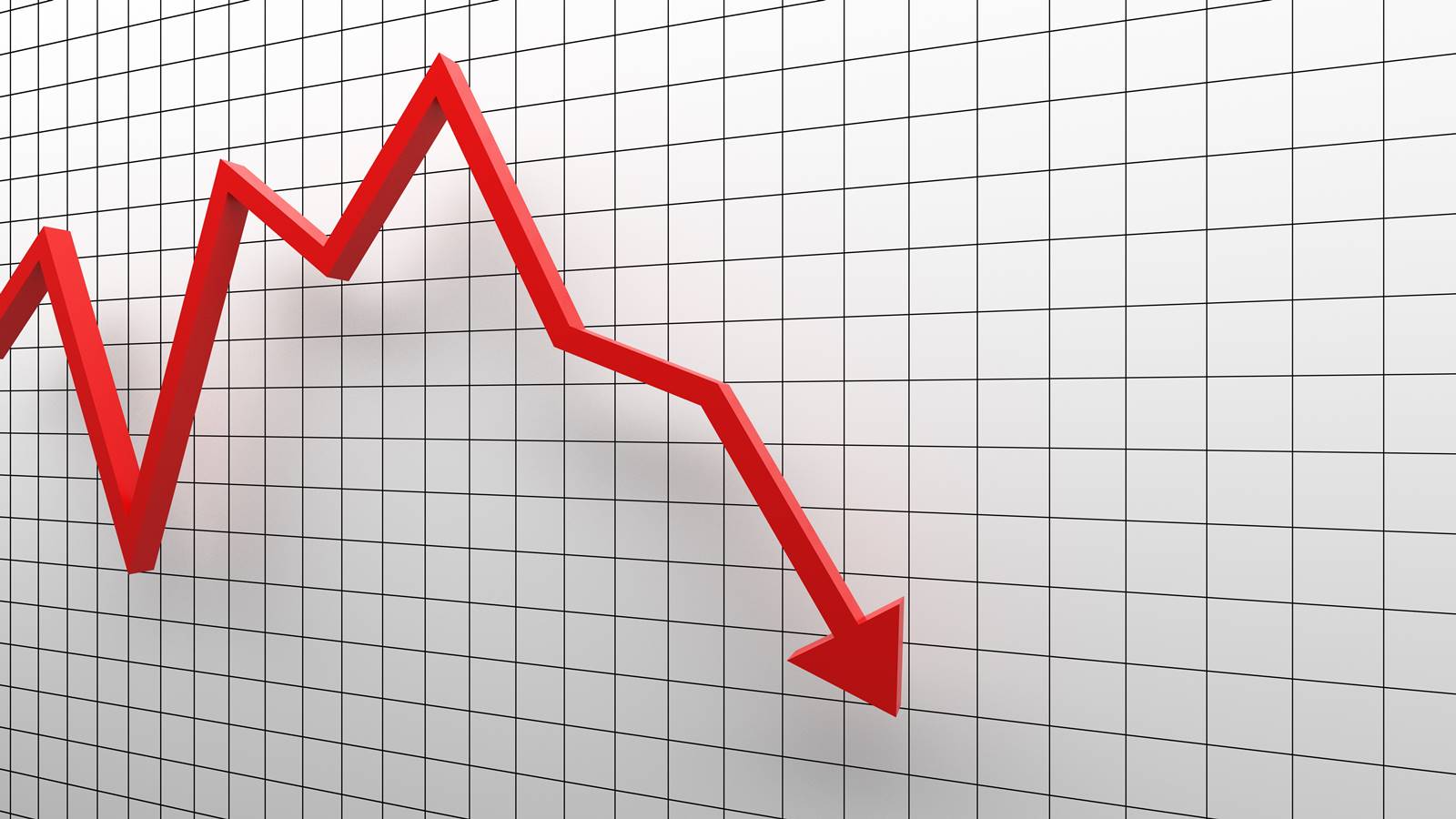 Did the Stock Market Crash Make You Panic? 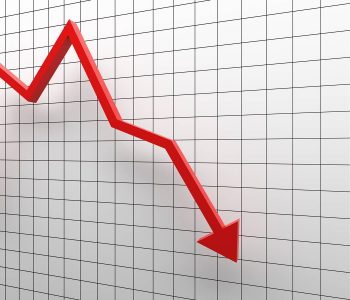 If the Stock Market Crash Made You Nervous, Do This

“Will the coronavirus cause a stock market crash?”

“Should I get out of stocks now?”

I know the feeling.

Seeing thousands of dollars evaporate from your investment portfolio can make anyone feel nauseated. It’s all the harder when you’re only a few years from retirement or have already left the workforce. Who wants to disappoint a spouse with a conversation about their investment losses?

I’ll tell you exactly what to do to survive this recent stock market plunge in a second. In fact, this rule has allowed me to navigate and profit from every downturn of the past decade. But first I need to tell you a story.

Twelve years ago, I walked into my office, a hotshot who swaggered around town in aviator glasses and hid a rock-hard body beneath a leather jacket.

In short, not much has changed. Except the world.

As a research analyst covering the energy sector at the time, my job involved combing through the market for new investment ideas. At my desk stood a honkin’ “Bloomberg Terminal” that showed the stock prices for all of the companies I covered. The screen often resembled a Christmas tree, blinking red and green depending on the market action that day.

Well, if you stood by my desk in the morning of October 15, 2008, then you would have only seen red flashes across the terminal.

By noon, the Dow Jones Industrial Average had sold off 200 points.

Then the index dropped another 200 points.

Then it plunged another 200 points.

From time to time, a few remaining bulls would step in. You could almost feel them sweating, grunting, straining their muscles to the point of exhaustion, trying to keep a bid under the market.

But then the selling would resume, overwhelming any buyers and sending the index careening downward through one milestone after another.

By the close, the Dow had lost 700 points, or seven percent of its value at the time. On a point basis, it represented the index’s worst trading session in history.

I dug my face into my palms.

Thousands of dollars had vanished from my investment account. On top of the sell-off from previous months, I had lost all of my returns from a decade of saving and investing.

The office went so quiet you could hear the heater buzzing. I have attended funerals that were more lively. My colleagues wondered if the banks would even open the next morning. The talking heads on TV warned of a coming depression and flashed pictures of bread lines in 1930s New York.

We were all pooched.

Then around 5 p.m., the chief, Ross, stammered past my desk.

A grizzled market vet, Ross cut his teeth in the “stagflation” era of the 1970s and survived the crash of ’87. He wore these wide, round glasses, which had fallen out of fashion decades earlier, and he had a big pot belly that rested over his belt buckle.

Now, all young guns feel like they’re omnipotent. But the market had just taken a two-by-four to my ego and whacked it around piñata-style for laughs and giggles. So I thought it would be smart to ask for advice from someone who had seen this before.

“Ross,” I said to get his attention. “I feel sick to my stomach. I want to just unload everything and stick my money under the mattress. What would you do?”

Ross paused. He took a sip from the can of Diet Coke in his hands and then pondered the question for a few seconds.

“Sell to the sleeping point. Keep the maximum amount of money in stocks that allows you to go to bed each night without missing a wink.”

Ross’s words have crossed my mind many times in the past few weeks.

Fears of a coronavirus pandemic have sent shock waves through the global financial system. Stocks have cratered and oil has plunged. Meanwhile, gold has surged and bonds have soared.

And investors have good reason to panic.

No, the coronavirus won’t kill millions of people. Thankfully, the death rate appears low. Quarantine efforts, however, will rock local economies. And analysts predict that the epidemic could push the U.S. into a recession by the end of the year.

But let me ask you a question: When you watched the market slide in the past few weeks, how did you react?

Be honest. Because if you felt even a twinge of fear, then you have a big problem.

The recent 10% market plunge amounts to not much more than a run-of-the-mill correction. It’s barely a blip in one of the longest, largest bull markets that investors have ever seen.

The Dow Jones has ramped higher since 2009, fueled by a “Holy Trinity” of cheap money, corporate buybacks, and booming profits. That has allowed stocks to advance without so much as a pullback in over a decade. It has also lulled many investing rookies into a false sense of security, leading them to build portfolios far too aggressive for their risk tolerance.

At the gym, you see beginners make this mistake every year. Each January, pumped up on New Year’s enthusiasm, they commit to finally getting in shape. They promise to eat healthy, toss the junk food, and hit the treadmill daily.

This lasts until around the third week of the month, when their motivation for punishment finally runs out. And that’s the last you usually see of them until the following January, when they’re one year older and 15 pounds heavier.

The people who succeed don’t make this mistake. They don’t attempt a “pro” level fitness program.

Instead, they commit to changing one tiny habit, say going for a 10-minute walk each day. They set the bar so low, it’s almost impossible for them to fail.

But each month, they collect more and more good habits to establish a healthy lifestyle. When New Year’s comes around again, they have lost the weight of a whole person!

Beginner investors make the same kind of mistake as beginner athletes. They vastly overestimate their ability to tolerate pain and their motivation to continue when things get hard.

Rookies adopt the investment programs of financial Olympians like Warren Buffett. They might allocate 100% of their portfolio to stocks. Or, God forbid, they might start borrowing to invest. But then when prices correct, they throw in the towel and sell at exactly the wrong moment.

Most people say they’ll stick it out “no matter what.” Most people claim they’re “buy and hold” investors. And most people make the same mistakes in every market cycle.

How do I know? Because I have seen so many make this mistake over and over again. When I attended conferences in 2019, everyone told me they “could handle risk.” Today, it’s the opposite. People hate stocks. They want something safe.

So how do we solve this problem?

It all comes back to what my old boss Ross explained. Sell to your sleeping point.

Of course, everyone has a unique financial situation. And I can’t provide individual advice to my readers.

But as a rule of thumb, it doesn’t make sense to go so hog wild into the stock market that you need to keep a bottle of “Tums” on your desk.

Number nerds don’t understand this problem. They enter the data into a spreadsheet and buy the assets that have generated the best returns. Then they assume the people investing in these programs will act like robots, methodically sticking to their strategy through booms and busts.

Unfortunately, real people have emotions: greed, fear, disgust, euphoria. Asking the average investor to aggressively invest their savings is no different than asking a couch potato to train like an NFL all-star. It’s doomed to end in failure.

The Zen of Investing

I learned this lesson the hard way in 2008. I went all in on high-risk stocks, believing I had the stomach for a market downturn. Turns out I didn’t.

Today I keep a much more conservative portfolio. I sold to my sleeping point.

Over the past decade, I have divided my investments equally among five asset classes: cash, gold, real estate, dividend stocks, and long-term bonds.

That mix certainly won’t make me rich quick. Over the past few years, I have trailed the broader market indices. But I have never lost a single night of sleep since adopting this approach.

So, how has this strategy held up during the most recent downturn? My portfolio has traded more or less sideways.

Yes, my dividend stocks have plunged. That group has dropped almost 10 percent on the coronavirus panic.

The rest, however, has held up fine. Real estate does well when the Federal Reserve slashes interest rates. Bonds have shot the lights out. And gold, the ultimate crisis hedge, has surged.

And this strategy has another benefit besides restful sleep. It gives me the confidence to continue buying wonderful, dividend-paying businesses on any pullback.

I also have plenty of cash on hand to scoop up bargains during a stock market crash. That could pay off in the long haul when we finally nip this coronavirus issue in the bud.

The Proven Technique to Survive a Stock Market Crash

The particular portfolio I outlined above may or may not be right for you. But if the Dow’s recent plunge made you nervous, remember the advice of my old boss Ross. Sell to your sleeping point. Keep the maximum amount of money in stocks that allows you to go to bed each night without missing a wink.

That way, you can invest with confidence even through the biggest stock market crash.