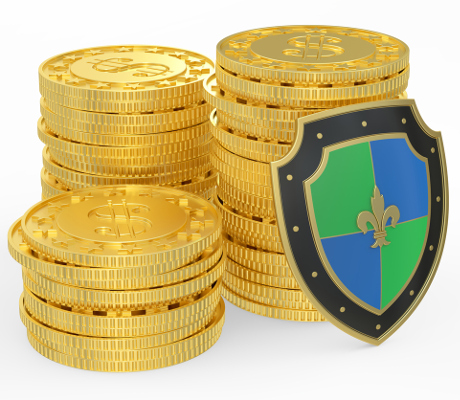 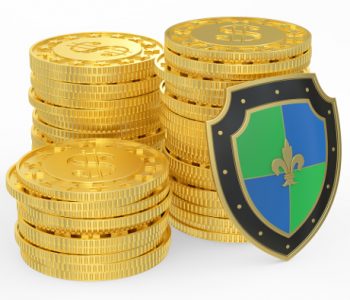 For the most part, aerospace and defense stocks haven’t been the most exciting dividend stocks, but they turned out to be some of the biggest winners in the U.S. stock market in recent months. Since Donald Trump’s surprise victory in the U.S. presidential election on November 8, the S&P Aerospace and Defense Select Industry Index has surged 18%, topping the S&P 500 Index’s already impressive 10% climb during this period. The good news is that the rally might not be over just yet. In this article, we are going to take a look at the best defense stocks to buy in 2017.

No doubt, President Trump’s surprise victory in the election was a main factor behind what became the best defense stocks to watch in 2017. During his campaign, President Trump made many proposals designed to upgrade the U.S. military. For instance, he wants to increase the size of the active duty Army to a total of 540,000 soldiers from the current 475,000 soldiers. Moreover, President Trump said that he would build an Air Force of at least 1,200 fighter aircrafts and a Navy approaching 350 surface ships and submarines. (Source: “Fact Sheet: Key Policies Proposed In Mr. Trump’s Military Readiness Speech,” Donald J. Trump web site, last accessed February 22, 2017.)

But perhaps the most important reason for defense stocks to benefit under Trump is his proposal to fully eliminate what’s called “the defense sequester.” You see, the Budget Control Act of 2011 has resulted in spending cuts to defense and discretionary domestic spending. Several military leaders have said that sequestration poses a big threat to the military’s readiness. (Source: “Sequestration Poses Biggest Threat to Readiness, Military Leaders Say,” U.S. Department of Defense, March 15, 2016.)

During President Trump’s campaign, he said that he would ask Congress to fully eliminate the defense sequester. Last month, in a statement titled “Making Our Military Strong Again,” the White House said that, “President Trump will end the defense sequester and submit a new budget to Congress outlining a plan to rebuild our military.” (Source: “Making Our Military Strong Again,” White House web site, last accessed February 22, 2017.)

Removing the spending cap would be great news for defense stocks. The Republicans now control both the White House and Congress. Once the defense sequester is ended, increased federal spending could result in higher revenue and profits for defense contractors.

Of course, not all defense stocks are good picks for income investors. A defense company may have a great outlook, but for it to fit into an income portfolio, the company needs to pay a dividend. That’s why in this article, I will focus exclusively on dividend-paying defense stocks.

Best Defense Stocks to Watch in 2017

The company currently develops the military’s fifth-generation combat aircraft, the “F-35 Lightning II.” While President Trump has criticized the “tremendous cost” of the fighter jet in a tweet, the F-35 should keep being a moneymaker for Lockheed Martin. Last December, the Defense Department announced that Lockheed Martin was awarded a $450.0-million modification to a previous contract to develop and deliver F-35 fighter jets to South Korea. (Source: “Contracts,” U.S. Department of Defense, December 29, 2016.)

Of course, there are plenty of dividend stocks with higher yields, but as the biggest defense company in the world, Lockheed Martin is worth checking out for income investors.

Shares of Northrop Grumman stock have been climbing steadily for quite some time. In the past five years alone, NOC stock surged over 300%. And that’s on top of the company’s dividends.

Right now, the company has a quarterly dividend rate of $0.90 per share, or an annual yield of 1.49% at its current price. In the past five years, Northrop Grumman’s payout has increased 80%. (Source: “Stock Information – Stock Split & Dividend Info,” Northrop Grumman Corporation, last accessed February 23, 2017.)

The best part is that the company’s business has been growing as well. In 2016, the company’s sales increased four percent to $24.5 billion. The bottom line also improved, as full-year earnings came in at $12.19 per share, up 17.3% from the prior year. (Source: “Northrop Grumman Reports Fourth Quarter and Full-Year 2016 Financial Results,” Northrop Grumman Corporation, January 26, 2017.)

Note that in 2016, the company paid $3.50 in dividends per share while earning $12.19 per share, so it was paying out just 28.7% of its earnings. This leaves a sizable margin for safety and the potential of future dividend hikes.

Northrop Grumman has been raising its quarterly dividend rate for 13 consecutive years. The company usually reviews its dividend policy in May. I wouldn’t be surprised if Northrop announces another dividend hike in the next few months.

Boeing Co (NYSE:BA) is a multinational company that manufactures, designs, and sells airplanes, satellites, rockets, and rotorcraft across the globe. The company might be known for its commercial airplanes, such as the “787 Dreamliner,” but it is also one of the biggest defense contractors in the world. As a matter of fact, Boeing’s Defense, Space & Security segment generated $29.5 billion of revenue last year, accounting for 31% of the company’s total revenue. (Source: “Boeing Reports Fourth-Quarter Results and Provides 2017 Guidance,” Boeing Co, January 25, 2017.)

One thing that could turn into a catalyst for Boeing stock is its “F-18 Super Hornet.” In December 2016, President Trump tweeted that because of the “tremendous cost of the Lockheed Martin F-35,” he has asked Boeing to “price out a comparable F-18 Super Hornet.” Moreover, according to a Bloomberg report, the U.S. Navy could need at least 100 of Boeing’s F-18 Super Hornets while waiting for Lockheed Martin’s next generation F-35. At the same time, demand for Boeing’s F-18 from India, Finland, and Switzerland could provide further opportunities. (Source: “Boeing Fighter Jet, Feared Dead, Gets New Life From Trump Tweets,” Bloomberg, February 23, 2017.)

Boeing also pays dividends. The company recently raised its quarterly dividend rate by 30% to $1.42 per share. At its current price, Boeing stocks has an annual dividend yield of 3.21%.

The defense contractor has been winning businesses left, right, and center. In the last week of 2016, Raytheon announced that an undisclosed member of the 13 nations operating the Patriot Integrated Air and Missile Defense System has awarded the company a direct commercial sales contract to upgrade the system to the most current configuration. The contract was worth more than $600.0 million. (Source: “Patriot Nation Awards Raytheon More Than $600M To Upgrade Missile Defense System,” Raytheon Company, December 29, 2016.)

Raytheon is a dividend-paying defense stock currently yielding 1.91%. The company has raised its quarterly payout every year for the past 10 years. With a payout ratio of less than 50% last year, Raytheon stock’s dividend should be more than safe.

With a market cap of $1.15 billion, AAR is one of the small-cap defense stocks on the market. The company also pays quarterly dividends of $0.075 per share, giving AIR stock an annual yield of 0.90%.

AAR has won quite a few contracts recently. In October 2016, it signed a five-year agreement to provide power-by-the-hour component inventory management and repair services to South African Airways Technical Ltd. The contract is valued up to $125.0 million. In November, AAR was awarded a long-term flight hour component program with Air New Zealand to provide nose-to-tail support over its fleet of “B777” aircraft. And then there’s the Global Aviation Support Services contract from the U.S. Department of State, with a potential duration of 11 years and a contract ceiling of $10.0 billion. (Source: “AAR Awarded State Dept. INL Global Aviation Support Contract,” AAR Corp. September 1, 2016.)

These new contracts should help AAR further grow its business, meaning the best could be yet to come for AIR stock investors.