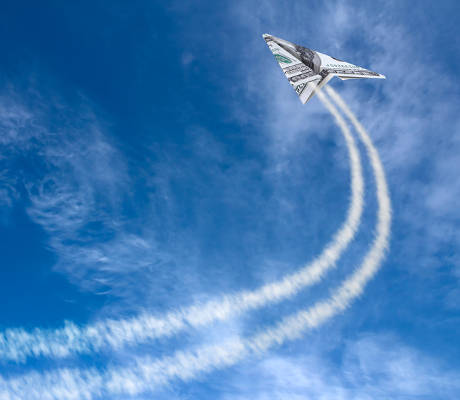 DAL Stock: Why Delta Air Lines, Inc. Might Take Off for Income Investors 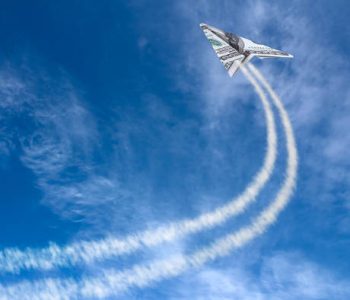 After a turbulent 2016 for Delta Air Lines, Inc. (NYSE:DAL) stock, performance in January was relatively subdued. The stock finished the month down about five percent, with much of that loss coming earlier this week on airport protests tied to President Trump’s ban.

But given DAL stock’s recent price weakness and solid cash flow generation of late, it might make sense to look into the opportunity. And with the company reporting its January performance data this morning, now’s as good of a time as any.

DAL stock initially fell about two percent in pre-market Thursday trading once the numbers came out, but has since bounced back into the green.

Well, although Delta’s January data was definitely weak, investors probably realized that it was largely to be expected.

In the fourth quarter, for example, capacity increased 0.9% year-over-year, while load factor dipped 10 basis points. In other words, the recent trend of increasing capacity and declining business yields seem to be carrying slightly into 2017.

But here’s the good news: management fully expects things to turn around in relatively short order. In fact, Delta said in the last conference call that revenue per available seat mile (RASM) for the March quarter should increase zero percent to two percent, with February and March stronger than January.

Furthermore, management sees system capacity for the first quarter of flat to down one percent.

“Delta’s commercial strategies and capacity actions combined with improving demand continue to drive benefit as we transition back into sustained positive unit revenues,” said President Glen Hauenstein in the Q4 report. “For the March quarter, we expect a unit revenue increase of flat to up two percent, stemming the declines that have been ongoing for two years.” (Source: “Delta Air Lines Announces December Quarter and Full Year 2016 Profit,” Delta Air Lines, Inc., January 12, 2017.)

The Bottom Line on DAL Stock

Despite the notoriously intense nature of the airline sector, DAL stock deserves to be on your watch list.

It has proven cost advantages over competitors (it was the only major to grow its operating margin in 2016), the fundamentals seem to be improving, and, most importantly for us income investors, it’s one of the few airline stocks that actually pays a fast-growing and well-covered dividend.

In 2016, Delta generated operating cash flow of $7.2 billion, used in part to pay $3.1 billion of dividends and buy back stock. And over the past three years, the dividend has grown at an average annual rate of 78%.

So while I’d typically look to more stable sectors for my income plays, dividend investors who aren’t afraid of a little volatility could certainly do worse than DAL stock.